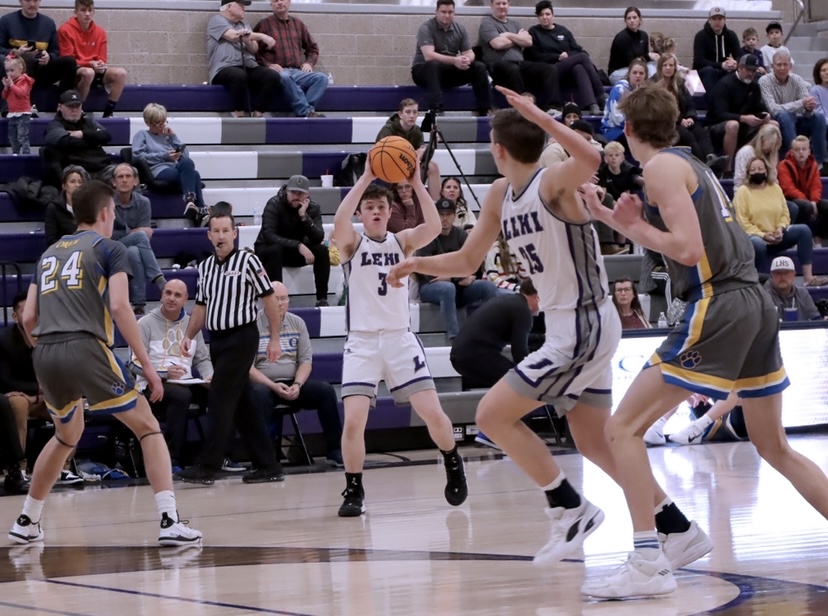 The Lehi boys basketball team easily topped Mountain View 63-43 on the road on Feb. 8 in their only contest last week to move to 6-4 in Region 8 play.

The teams played pretty evenly in the early going, with the Pioneers leading just 10-7 at the end of the initial period. The score stayed close for the first few minutes of the second quarter, but then Lehi mounted a big run to post a 31-17 advantage by the break and cruised on to victory from there.

The Pioneers didn’t shoot particularly well from distance in this one, but they had 16 assists on 23 field goals, made 13-of-15 (86.7%) at the charity stripe and outrebounded the hosts 27-16, all key points in determining the outcome.

Sophomore point guard Cooper Lewis sparked the effort with 25points including three triples and also made four assists despite being hampered by foul trouble. Sophomore forward Grayson Brousseau posted a double-double of 12 points and 13 rebounds with three steals and two charges taken.

Six other players scored and collected boards for the night as part of a successful overall team effort. The players combined for eight steals with just eight turnovers.

“Cole and Preston really gave us a nice boost in the first half,”said Lehi Coach Quincy Lewis. “Braxton and Spencer really did a good job of attacking the zone and creating shots for our guys.

“Grayson had a career-high 13 rebounds and played very well,” the coach continued. “Nixon played an excellent defensive game in helping positions and Bryson (Bromley) came in when Cooper got in foul trouble and gave us some good minutes.”

The Pioneers will conclude the regular season tomorrow (Feb. 18) when they host Timpview for Senior Night at 7 p.m.