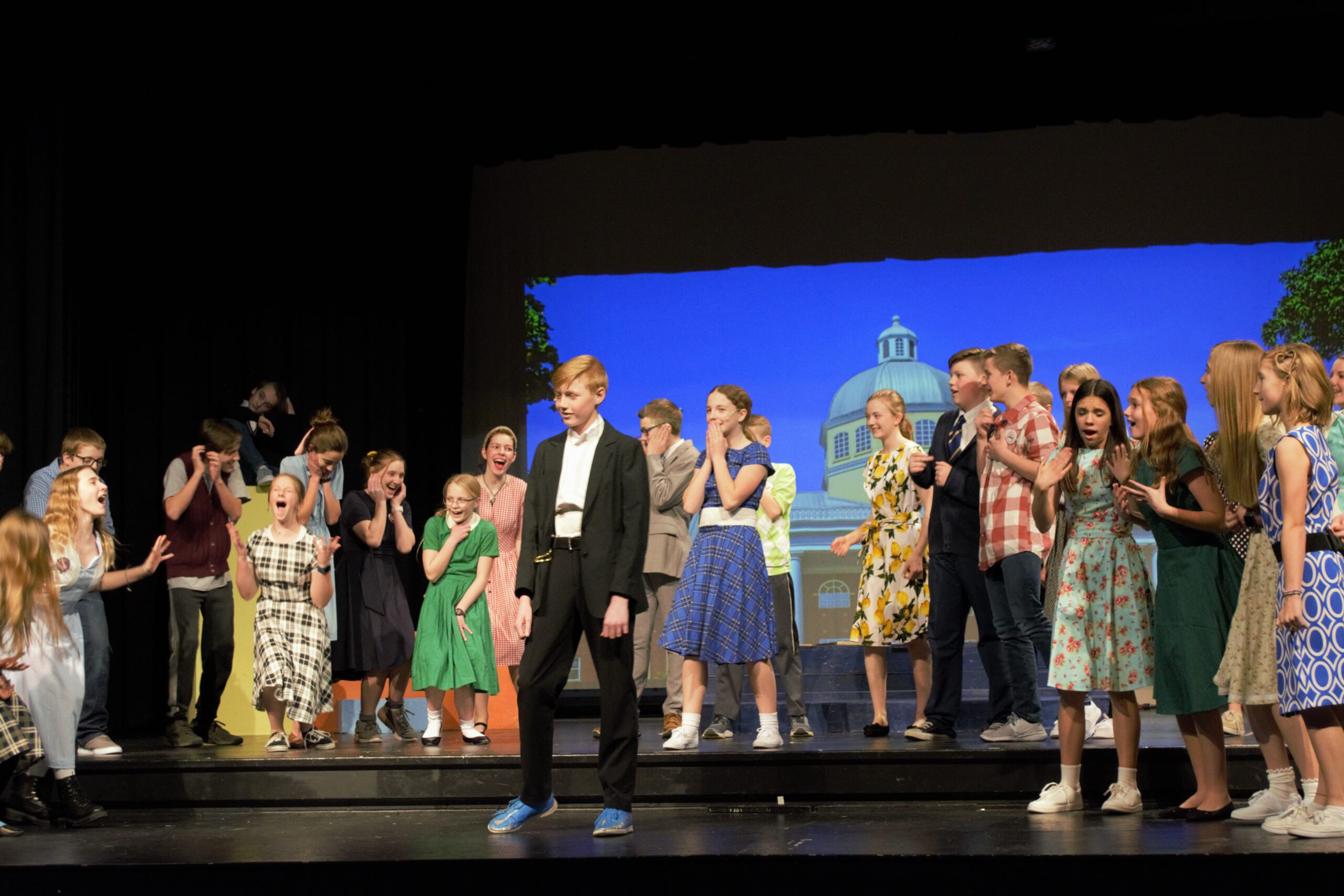 Lehi Junior High theater teacher Kerri Hacking lost most of her theater students to the new middle school last Fall, so her program is filled with new faces. The school’s production of “Bye, Bye Birdie” has an even mix of students who have been in theater classes and those who are making their debut.

“It’s really hard in junior high and high school to fit in all the electives you want. There’s not a lot of room in their schedule,”Hacking explained. Unlike Viewpoint and Willowcreek, the annual musical at Lehi Junior is an after-school activity. Students don’t have to be in the theater program to be in the show. “I do the musical after school so I can get more kids that don’t have time for theater in their schedule. I get some great singers from the school choirs that way.”

Of the 14 students working backstage and tech for “Bye, Bye Birdie,” 12 are from Hacking’s coveted Theater Tech class only offered in the Fall. “They have to apply for the tech class and get a teacher recommendation. I have to know they’re responsible!” said Hacking. The stage and tech crew doesn’t get class credit for all the time they spend on the show, but it’s worth it to them. Hacking gives the crew a special t-shirt with a glow-in-the-dark logo of the show as a thank-you gift every year.

“’Bye, Bye Birdie’ has always been one of my favorite shows. I enjoyed it as a kid and now as an adult,” said Hacking. “Bye Bye Birdie” takes place in 1958 and parodies a young Elvis Presley (“Conrad Birdie” in the musical), who gets drafted into the Army, devastating his adoring teenage fans. Unsuccessful songwriter Albert Peterson hatches a plan to get Conrad to sing one of his songs on “The Ed Sullivan Show” and kiss a randomly chosen high school girl goodbye as Conrad leaves for the Army. The LJHS cast conjures all the excitement for Conrad Birdie in the small Ohio town.

“This is my philosophy – in junior high it’s not a professional show. If a student wants to be in the show, I’m giving them the opportunity. If they hear ‘no,’ especially if it’s a guy or a super shy person, they’ll probably never try out again. It could be set in stone for them,” said Hacking. “I really like to give the kids the opportunity to try theater. Many times, I have kids ask to just be in the ensemble, to have the experience of being onstage, and the next year they audition for a part.”

In 2021 LJHS had only 110 people in the audience for their production of “Annie” because of COVID-19 restrictions. “Wehardly advertised, and tickets were gone within a half hour of releasing them. It’s nice to be somewhat back to a normal theater experience,” said Hacking.