Falcon boys soccer is a work in progress 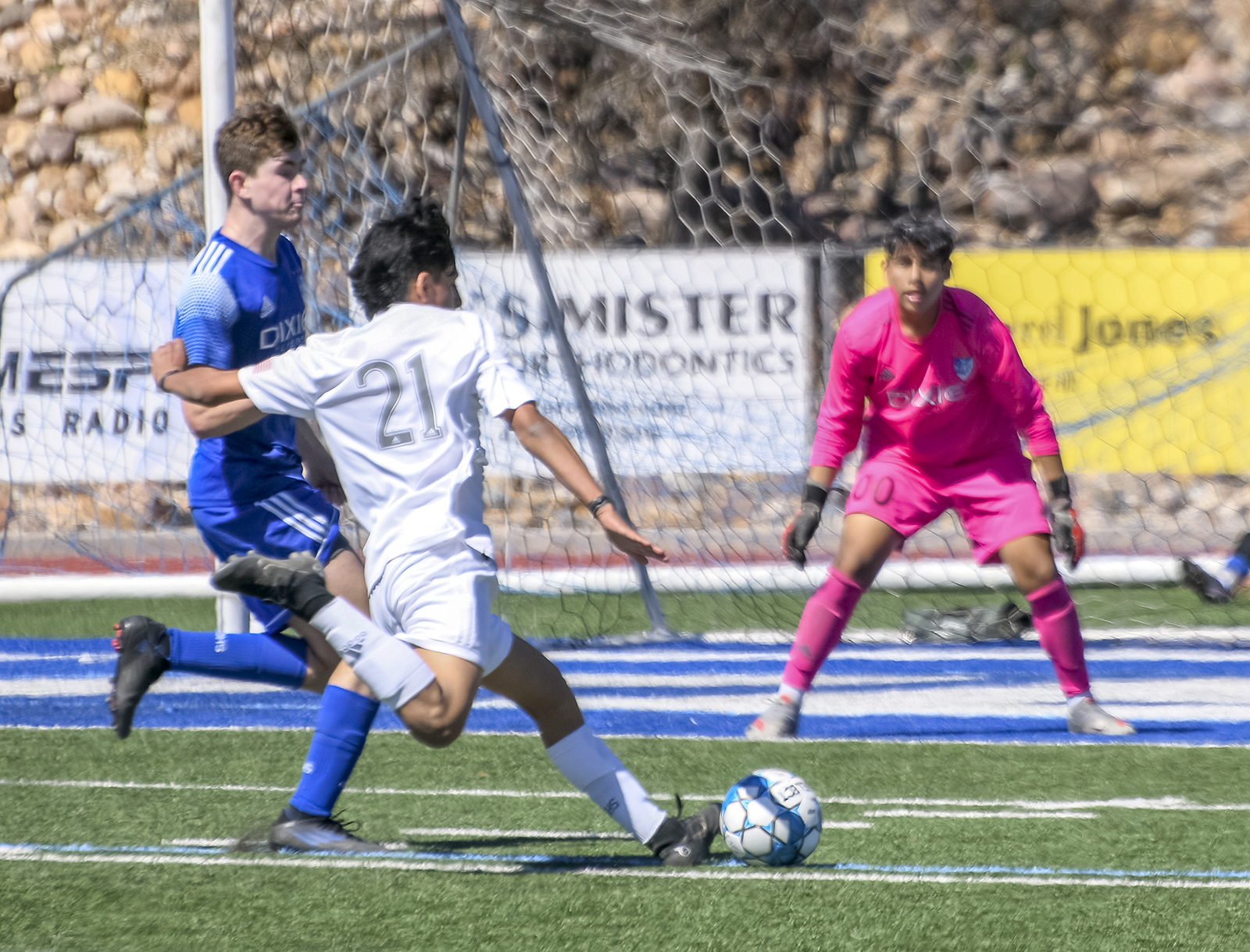 The Skyridge boys soccer team is in a retooling mode after graduating 10 seniors from last year’s 6A runner-up squad, which lost by one penalty kick in the state final. All seven of the initial non-region matches were played on the road, with the first three on consecutive days in St. George.

The Falcons got the season off to a solid start with a victory over the Lakers at Dixie High School. Senior goalkeeper Zachary Kauffman was credited with the shutout.

In a closely-fought battle, neither team was able to score during regulation or extra time, so a shootout was required to settle the contest. The Wildcats prevailed 5-3.

The Falcons gave up two scores in the first half against the home school. They were able to shut them out after the break but could only find the net once themselves to reduce the advantage but leave the outcome unchanged. Junior midfielder Bryant Jones got the goal for the visitors.

The Mustangs scored twice in the first period and once in the second to prevail over the Falcons on a long road trip.

After a scoreless first half, the Jaguars managed to get the ball into the net just once in the second period, and that was enough to come out with the win.

The Wasps boarded one goal in each half to earn the victory over the Falcons in their sixth straight away game.

The Spartans got two late scores to open up what had been a close match. The home squad got on the board first in the 20thminute, but Falcon senior defender Daxon Watts got the equalizer before the break to make it 1-1.

Murray retook the lead one minute into the second half, but Rodriguez pulled Skyridge even again when he hit the net in the 64th minute. However, the Spartans were able to hit the target twice more before the final whistle to secure the win.

“Right now we are doing a pretty good job in the possession portion of the game,” said Coach Jerry Preisendorf. “We have made a few mistakes close to our own goal but that’s what happens when you play possession out of the back.

“Our defenders are learning to play as a unit,” he continued. “All are pretty much new except for one or two who have limited experience back there. The one returning defender I had who started varsity last year is now playing up top for us.

“We do have two experienced senior goalkeepers that have returned in Cole Barker and Zachary Kauffman and hopefully with their leadership they can help the back line out as we go,” the coach concluded.