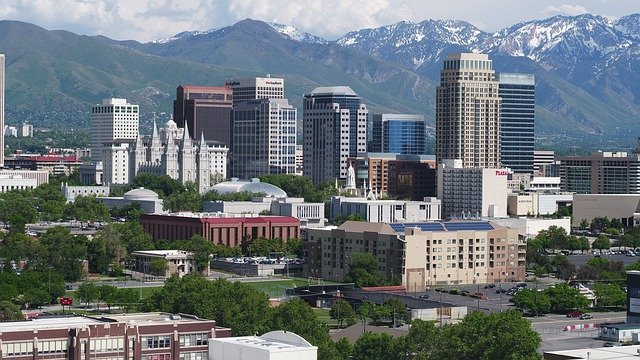 Even a pandemic would not have been enough to derail Utah’s trajectory as one of the nation’s fastest-growing states, according to new Census Bureau estimates.

Between July 1, 2020, and the same date in 2021, Utah’s total population increased by an estimated 56,291, ranking it sixth in overall population growth and second in percentage population change during that time period.

Idaho was the only state that increased faster in terms of population.

The significant growth maintains the Beehive State’s decades-long increasing trend. Between 2010 and 2020, Utah placed first nationally in terms of population growth percentage, at 18.4 percent; Idaho came in second at 17.3 percent.

Increased net in-migration rates, along with rapid in-state growth, “distinguish Utah, the state, from a lot of other locations in the United States,” according to Emily Harris, senior demographer at the Kem C. Gardner Policy Institute.

Nearly 40% of the Beehive State’s population growth from mid-2020 to 2021 can be attributable to a single county.

Utah County experienced a massive population expansion, ranking 10th in the country in terms of county numerical growth, increasing by 21,843. In comparison, Salt Lake County witnessed only an 18.5 percent gain throughout the same time period.

According to Harris, it was the “most unexpected data point” in this year’s forecasts.

“I’ve been in this position for seven years, and I’ve never seen a Utah County rank high in terms of numerical growth,” she explained. “Typically, we are in the top ten counties in terms of percentage increase. However, as you are aware, Utah is significantly smaller than half of the states. And thus, that was truly startling to me.”

She stated that Utah County’s meteoric surge in the rankings is mostly due to two causes. The first factor is a high net in-migration rate, which indicates that a huge number of individuals are relocating to the county from other areas.

The second is related to its current population.

“A number of counties across the country witnessed a natural reduction this year, or a very, very substantial decline in natural rise, as a result of the excess in natural deaths,” she explained. “However, Utah County was blind to that. As a result, Utah County’s natural rise was slightly higher. Also continued to have a higher-than-normal death rate, but they saw an increase in births.”

At least part of the reason for Utah County’s natural growth is a younger-than-average population, Harris said, as well as a culture that places a high premium on family.

Utah County can be viewed as a microcosm of the state as a whole in several aspects.

While over 73% of counties in the United States witnessed a natural fall in population in 2021 — meaning there were more deaths than births — practically all of Utah’s counties saw an increase in population during the epidemic year, with the exception of Carbon, Grand, and San Juan counties.

“While many of Utah’s counties currently have far more net migration than natural increase, we still have a good amount of natural increase in that homegrown growth,” Harris explained.

According to the data, Utah witnessed a natural gain of 22,992 residents and a net in-migration of 33,380 residents last year.

In comparison to its southern counterpart, Salt Lake County grew at a slower rate than the rest of the state, but Harris noted that this is consistent with wider national patterns.

“Nationally, the Census Bureau is observing a population shift away from larger, more populated counties and toward medium- and small-sized counties. And I believe that is beginning to happen in Utah, with Salt Lake County, Weber County, and Davis County becoming more moderate,” Harris added. “… However, Tooele, Morgan, and Wasatch counties are undergoing rapid growth, as are Iron and Washington counties.”

When asked if she expected Utah’s rapid growth to continue year over year, Harris stated, “I see no reason why Utah would not remain in the top five for population growth for the next few years. Utah is currently in a high-growth state, a high-growth mode. We have a large number of jobs and job availability, which attracts a large number of individuals to our state.”