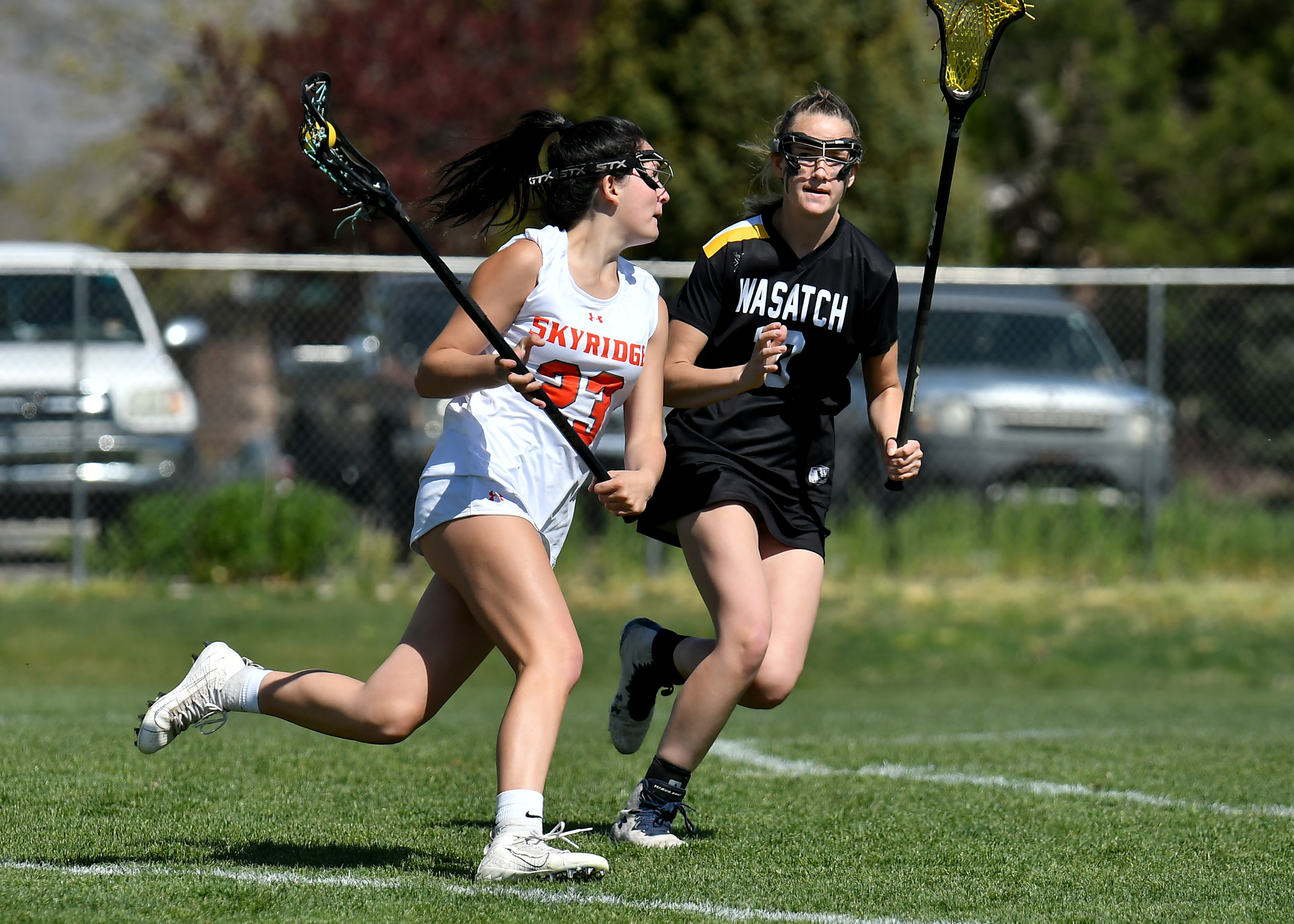 The Skyridge girls lacrosse team added four more victories in the last weeks of the regular season and were awarded the #1 position in the final 6A RPI rankings by a considerable distance as a result. The Falcons won the Region 4 title with a 9-0 record and ended up 14-1 overall.

This was a closer game on the road than the first time these teams played, but the Falcons rode a 9-6 scoring edge in the first half to victory. Sophomore goalkeeper Eliza White got four saves to help secure the outcome.

Another fast start allowed the visiting Falcons to prevail in this contest as well as they boarded a 9-3 goal margin in the first period. White had six saves in this final region win.

McCurdy scored twice and senior attacker Claire Lomu had one goal and one give along with four ground balls. Thompson cause five turnovers.

In a non-region contest postponed from an earlier date, the Falcons overwhelmed the Darts on their home field. White had eight saves but even all of those would not have been enough for Davis to get the win.

The Falcons hosted the Wasps in a final non-region tilt in preparation for the playoffs. White’s net-minding skills were again a favorable factor as she snagged nine saves in the victory.

McCurdy had two goals and an assist while Gibson and junior attacker Camryn Ludlow scored twice each. Ludlow also picked up four ground balls and Parkin got three.