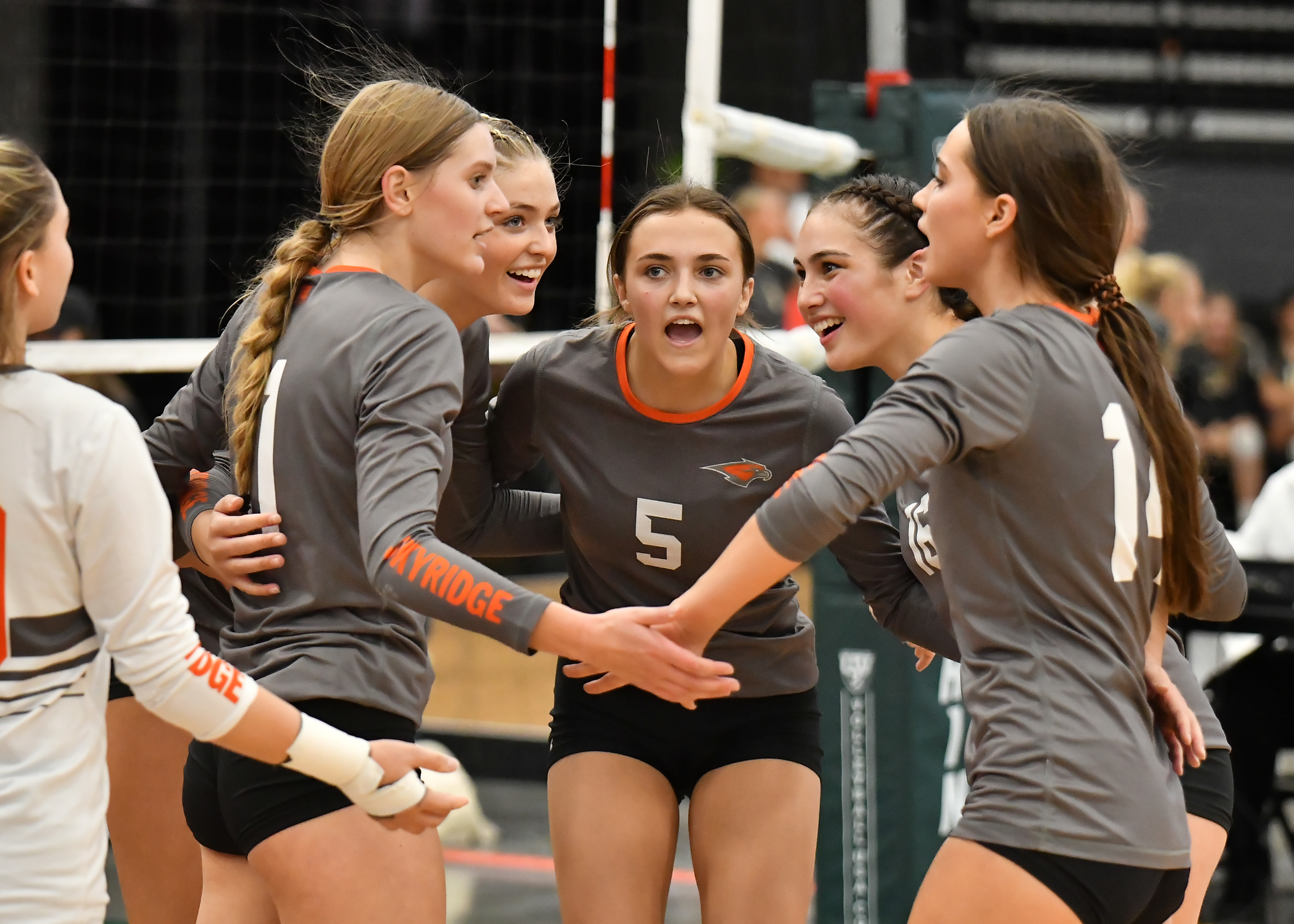 The #4 Skyridge volleyball team defeated a pair of opponents in the 6A tournament today (Nov. 3) to advance to the semifinal round of the playoffs.

In Thursday’s matches, Skyridge opened the team’s tournament appearance against #13 Farmington (15-13). It was a back-and-forth contest, but the Falcones eventually pulled out a taut 3-2 victory.

The Phoenix surprised Skyridge with an extra-point win in the first set 27-25, but the Falcons came roaring back to post a dominant 25-8 tally in the second game. The squads battled toe-to-toe the rest of the way.

Skyridge pocketed the third set 25-21 to put themselves one game away from advancing, but Farmington forced a fifth set after a 25-23 edge in the fourth. It went down to the wire once again, but the Falcons prevailed 16-14 to move on to the quarterfinals.

In that round they were matched against #12 Weber (19-13) after the Warriors scored a major upset by sweeping #5 Davis (22-8) in the previous round.

This was another tough fight. Skyridge won the first game 25-23 but Weber flipped the script and won the second set by the identical margin. The Falcons went on to grind out the match 25-23, 25-20 to earn the semifinal berth.