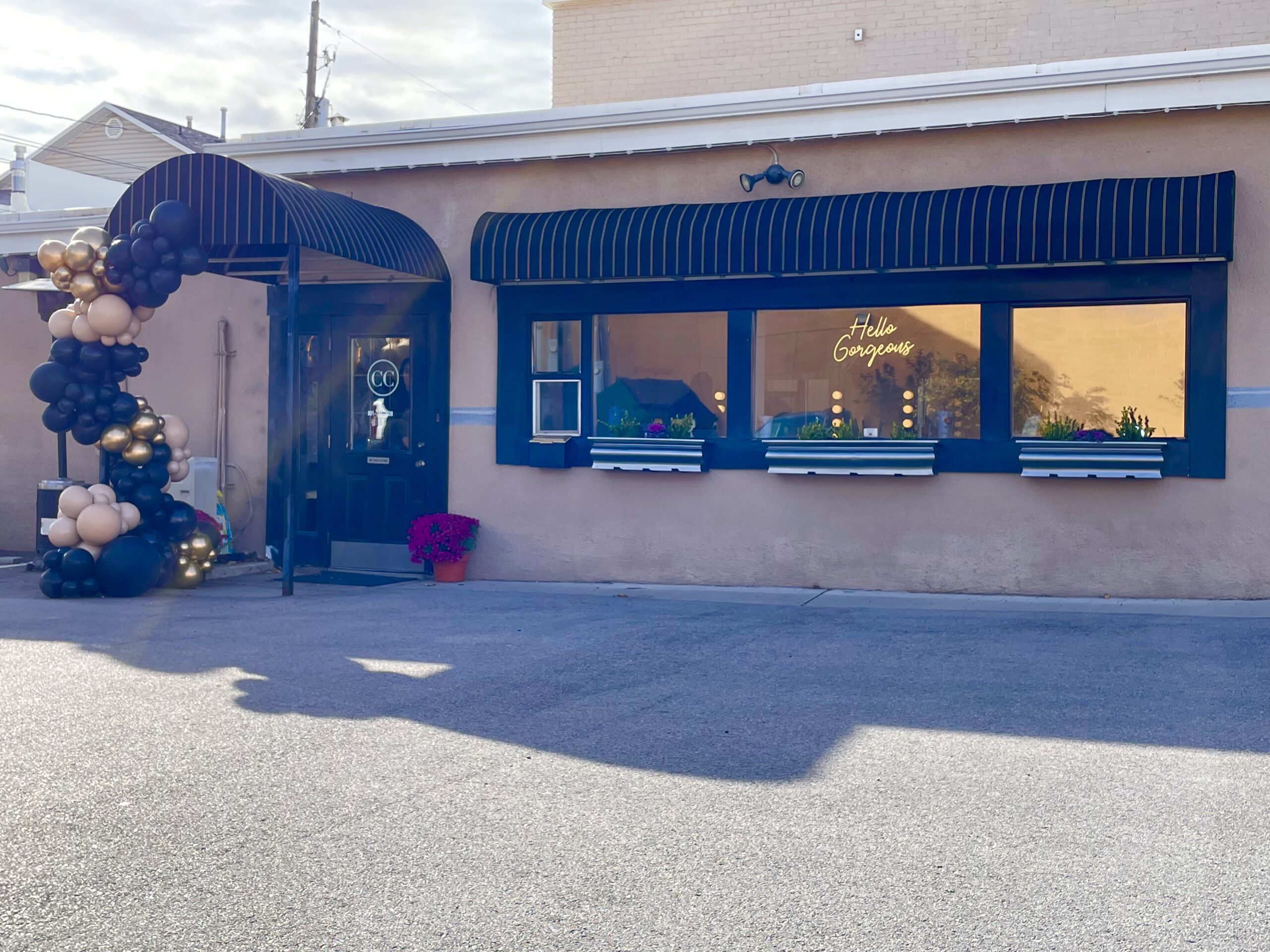 “This just kind of fell in our lap. Jordan went to get her nails done one day, and the owner asked if she wanted to buy the shop,” said Dustin Burningham. He and his wife, Jordan,recently opened CheeChee’s at 155 West Main Street next to Domino’s. “Where her Mom has always owned salons, it felt like a good fit. We’ve always wanted to own a boutique.”

Jordan and Dustin Burningham bought the space on November 1 and spent the first two weeks of the month giving the rooms a facelift before their grand opening on November 12. “We pulled a lot of all-nighters renovating. We kind of lived here,” said Jordan. “We’ve redone pretty much everything. We were a little brave for the bathroom remodel.”

CheeChee’s is the nickname one of Jordan’s sons gave her only daughter, Jentrie. “We named the business after her. It’s her consolation prize for not getting a younger sister,” said Jordan.

“We’re big pop drinkers. I thought if I was running late for an appointment and didn’t have time to stop for one, I’d love to get one while I was there,” said Jordan. “When you come in for a service, you get a free drink from the soda shop.”

“The soda machine is really for us,” laughed Dustin. “We’re hoping other people will want it too, of course.”

“This is my sister’s Diet Coke run now,” added Jordan.

Jordan’s mom, Melodie Evans Brimhall, had salons in Lehi for years and now runs Evans Family Farm at 2600 West Main Street with the help of Jordan and other family members. Dustin grew up in Oregon, but his grandparents lived in Lehi, and his uncles went to Lehi High School. Having a business in downtown Lehi is a perfect match for the couple.

“I’m especially excited to start having monthly events. In December, we’ll have gift-wrapping kits. You can wrap presents in the basement at CheeChee’s and get it all done in one place,” said Jordan.