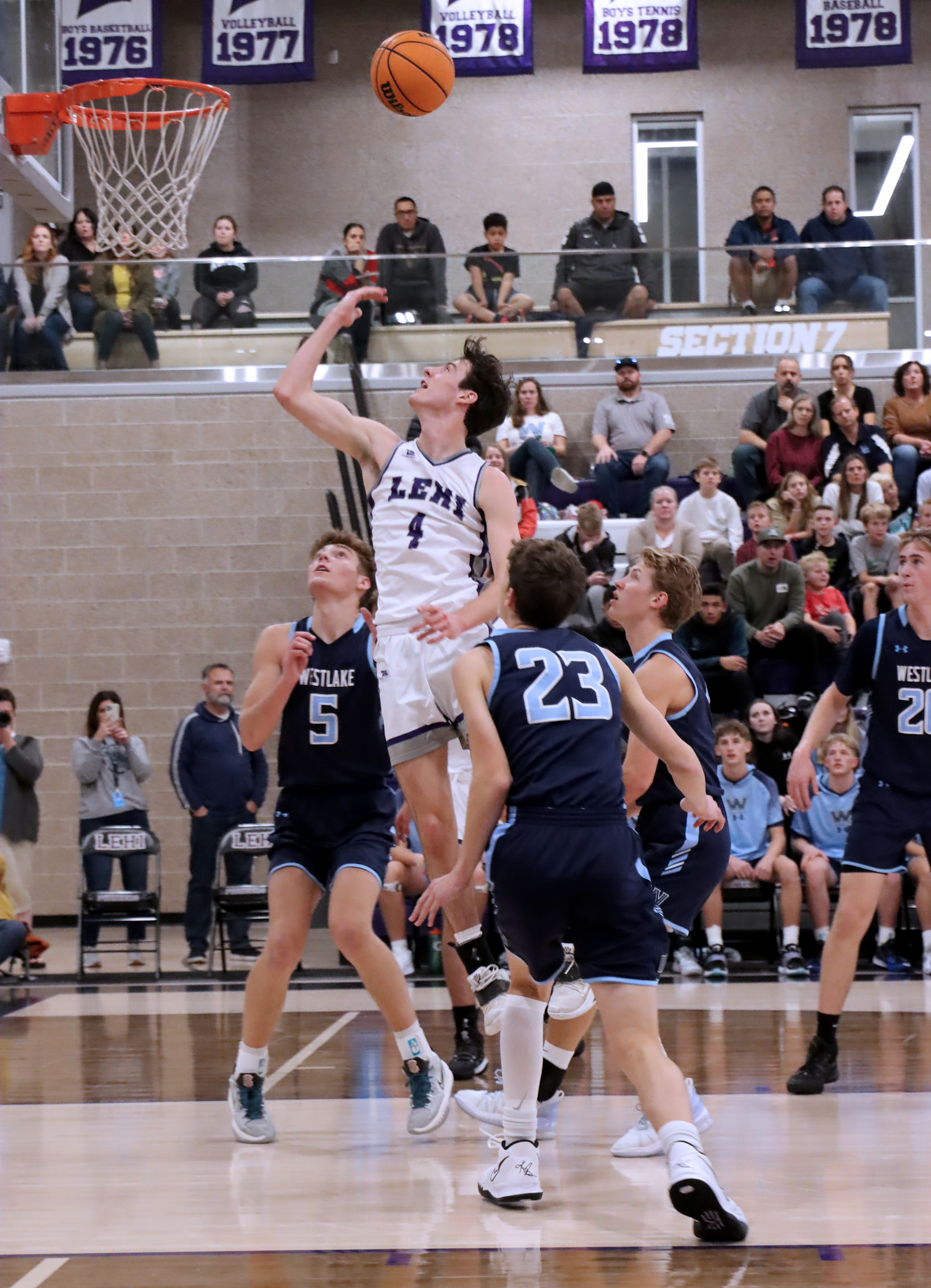 The Lehi boys basketball team gets the season underway this week with a deep, experienced roster that has had a productive offseason.

“We only lost one senior so we have good experience coming back,” said Coach Quincy Lewis. “We have kids who work well together and they want to win.

“We have really good depth with this group,” he continued. “I like the versatility of this team. We can play small and we can play big. We can do different things to win a game.”

Junior Cooper Lewis is an All-State player and first-team All-Region performer who is one of the top returning guards in the state. He averaged 18.3 points per game last season while netting 56 treys and converting 84.9 percent of his free throws. He also had 63 assists and 48 steals.

Junior Grayson Brousseau is a third-year varsity starter who averaged about 10 points and four rebounds per contest last year. “He brings experience and is an excellent low post scorer with really good physicality,” Lewis said.

Senior Braxton Hawkins is an “excellent shooter and top-notch defender,” the coach said. Senior Spencer Anderson is “really versatile. He gets rebounds, passes well and makes steals. He’sgreat at getting to the basket.”

Rounding out the probable starting lineup is senior Preston Varner. “He’s a good scorer, an excellent defender and brings seasoning to our team,” Lewis said.

Players expected to make an impact off the bench include junior Bryson Bromley, senor Elijah Bettis, senior Tanner Cook and sophomore Easton Hawkins. “I’m looking for significant contributions from all of these guys,” Lewis said.

Lehi’s schedule is loaded with cross-classification and out-of-state teams. “It’s as challenging as any schedule in the state,” the coach said. “Our philosophy is we have to play good teams to make the kind of improvement we hope for by the end of the season.”

Lehi will once again be hosting the Holiday Hoopfest on Dec. 9 and 10. The Pioneers will play Faith Family out of Texas on Friday at 7:15 p.m. and Pebblebrook of Georgia on Saturday at the same time. The last week of December, Lehi heads to the Holiday Classic in Torrey Pines, California.

Lewis considers Region 8 to be as good as it has been for many years. “It’s the top region in 5A,” he said. “Alta and Timpview have skilled teams and Mountain View and Orem will be good as well.

“Statewide there are five or six schools with a legitimate chance to win a state championship and we’re one of them,” Lewis said.“Now it becomes about who can improve the most from now to the end of the season.”