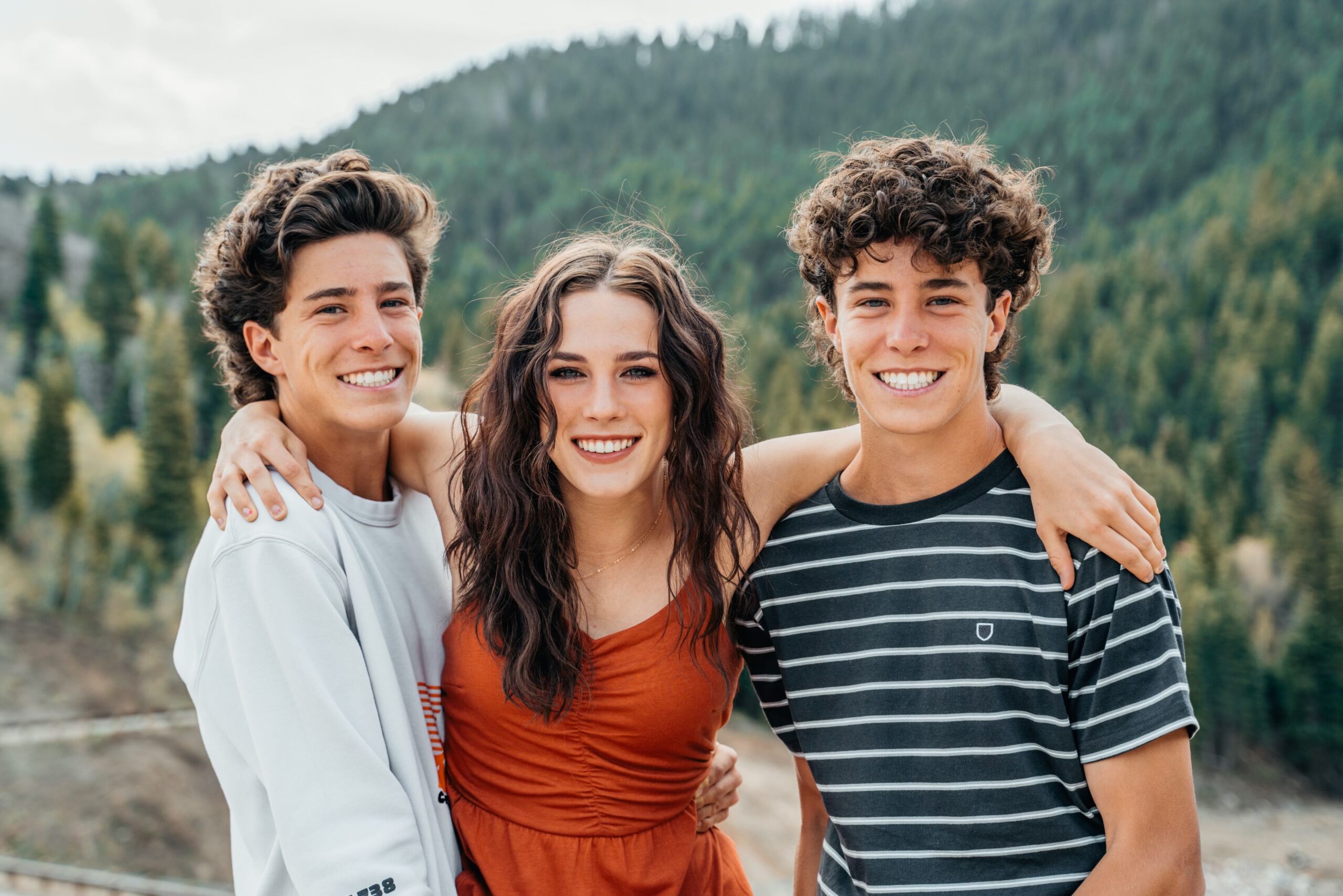 Lehi’s Thompson triplets, Creed, Davin and sister, Sage, all NCAA Division 1 athletes won in their respective events this year. All have been named All-American athletes, but this remarkable fete has not been without challenges.

All three 2021 Skyridge High School graduates were recruited by division one universities. Creed and Davin competed for Brigham Young University as members of its celebrated cross-country team. Sage continued her gymnastics competition in the equally prominent University of Utah gymnastics program.

In 2011, the three siblings lost their father, Bryce, to a rare, but deadly, genetically transmitted cancer. Bryce’s brother, RicThompson, a state champion wrestler, also lost his life to the disease. The triplets were born through a process called pre-genetic diagnosis invitro in order to prevent passing on the genetic mutation carried by their father.

The triplets’ mother, Jenni, said in a past interview with the Lehi Free Press, “Adversity is a good teacher. We are here to learn lessons.” Her children have all embraced this adversity with tenacity and commitment. Each love to compete but in different ways. Jenni said, “Creed is the ring leader in training. He is quiet and dedicated. Davin is more outgoing and kinda goofy. They are each other’s greatest supporters.”

Jenni has attended all but one of the triplets’ competitions. “I get more nervous when Sage is competing because there is more room for error. I want to be there for all the events because I know this time will pass quickly.”

The boys compete in fall, winter, and spring, racing in both indoor and outdoor meets. Out of 319 cross country teams across the nation, Creed finished in the top 35 and Davin finished in the top 30. There are about 2300 hundred collegecross country runners. Their top finishes resulted in their All-American standing. Sage became an All-American by being named among the top eight gymnasts in the nation on the uneven bars.

Jenni said, “I see how hard they work and I want it to pay off for them. I knew they were capable, but the stars aligned when all performed their best on the day it mattered most.”

Various news outlets, both Utah-based and national, have covered the Thompson triplets’ story.