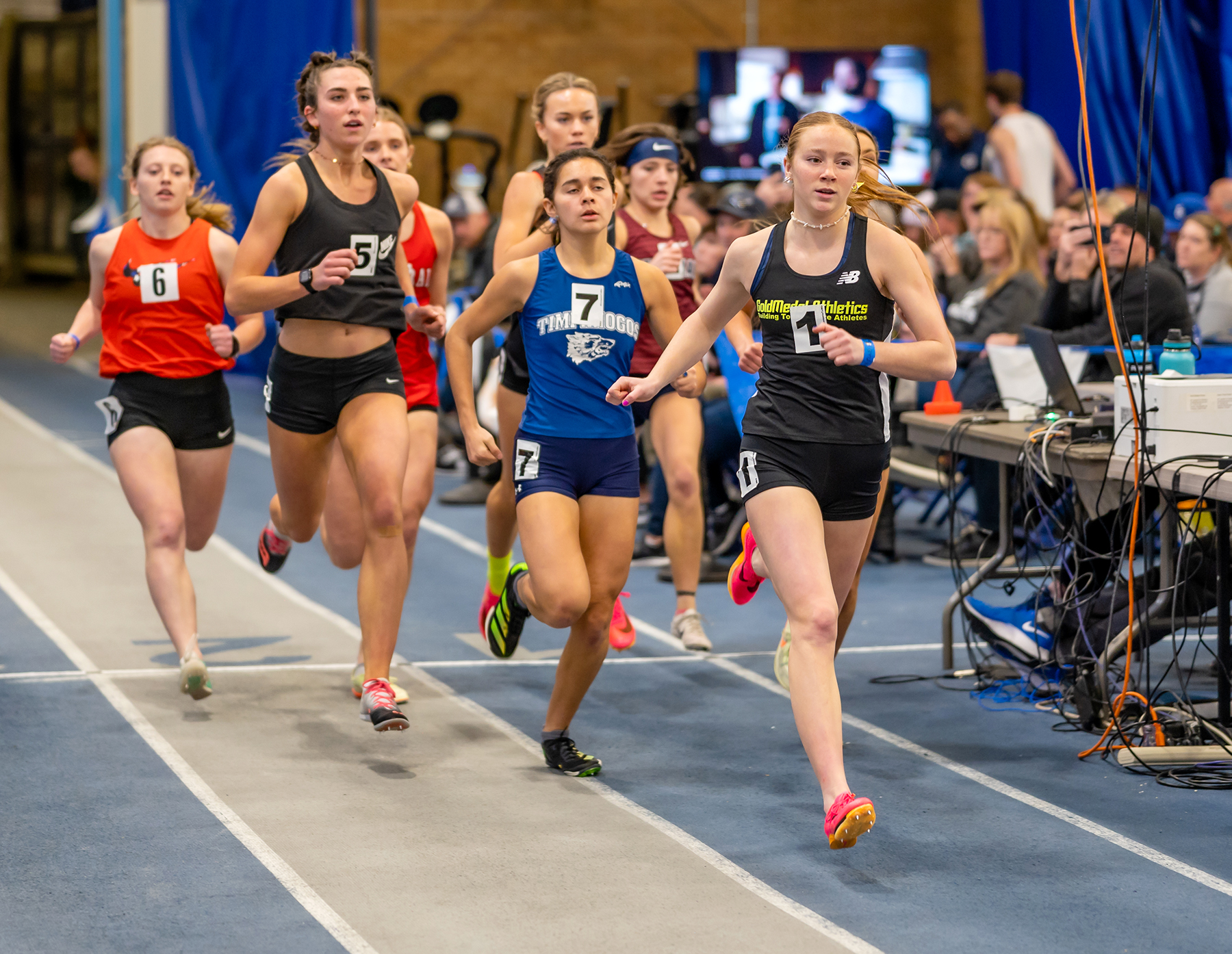 Lehi-area track athletes got competitive preparation for the upcoming spring season started at the Mercury Track Club and BYU Invitational indoor meets during the past couple of weeks.

The Mercury Track Club Invitational Time Trial meet at the Olympic Oval in Kearns on Jan. 13 was focused on sprints and hurdles.

Pioneer senior Sarah Ballard came in first in the girls 60-meter race in 7.65 seconds. Senior Caroline Moon was fourth in the 400m event and junior Kate Glazier was eighth in the 300m hurdles.

For Skyridge, senior Smith Snowden won the boys 60m race in 6.93 seconds. Junior Ryan Felt was second in the 300m hurdles. In the girls events, senior Mia Kauffman was third and junior Makaylie Roberds fifth in the 300m hurdles, while senior Halle Mehr was seventh in the 400m.

The BYU meet included more than 1,400 athletes from Utah, Idaho, Wyoming, Nevada and Colorado. It was held in the Smith Field House on Jan. 20-21.

Ballard set a new meet record of 7.57 seconds as she won the 60m sprint, surpassing a mark set in 2018. This time ties for the 25th fastest time in nation so far this season for a high school girl.

Moon claimed the silver in the 321m relay and was fourth in the 800m. Senior Rosa Welch was fifth in the long jump. For the Lehi boys, senior Noah Begay was sixth in the 800m.

Falcon senior Miley Richards captured silver in the pole vault at 10-09.25. Mehr got silver in the 321m relay and bronze in the 800m. Kauffman finished seventh in the 400m.

Although only outdoor track and field is an official Utah High School Activities Association sport, athletes attending Lehi and Skyridge high schools participate in indoor meets as part of their offseason training. Some of the athletes compete for clubs from their high schools and others compete for local track clubs.