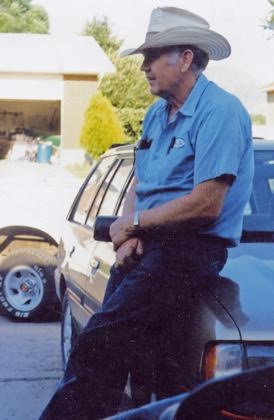 G. Edward Hampton passed away peacefully at his home in Lehi, Utah on June 9th 2016. He is survived by his wife Carma (Carter) Hampton, his siblings, Joy Benson of Salt Lake, Larry (Karen) Hampton of Orem, and Bonnie Winters of American Fork.  His Children, Mark (Kristie) Hampton, Tyler (Kerri) Hampton, Scott (Rita) Hampton, all of Lehi, Utah, and his daughter Lezlie (John) Gaskey of Prineville, Oregon.

He was preceded in death by his parents, Theodore and Emma Myrtle (Reeve) Hampton. His siblings Phyllis, Duane, Verl and Faye Faunce.

Ed spent his early years on the family ranch in Colorado. He moved with his family to Utah County in 1948 and there he graduated from Pleasant Grove High School. He married his sweetheart in the Salt Lake City Temple on Dec. 12, 1958. Ed was a hard worker and served as a SLC Police Officer, was in the Marine Corps., worked as an air craft mechanic, and machinist. Ed could fix ANYTHING!

Funeral services were held on Monday June 13th. Online guest book at http://www.wingmortuary.com. Ed’s family would like to thank Roy Chinchilla and his Hearts for Hospice team for going the extra mile.