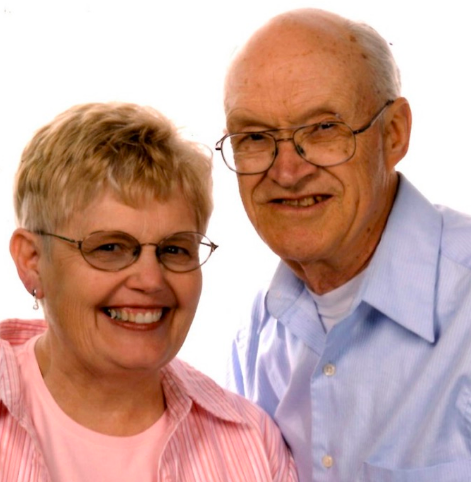 Lynn M. and Karla Nielsen influenced the lives of countless Lehi youth as both dedicated much of their lives to the Boy Scouts of America, area sports and the classroom.

The son of Vernon and Ruby Nielsen, Lynn was called to be a scoutmaster not long after returning home from his mission for the Church of Jesus Christ of Latter-day Saints and never really stopped. He was a scoutmaster, cub master, district leader, explorer leader, merit badge counselor and Advancement Chair. He earned his Eagle Scout rank in his youth and the Silver Beaver Award as an adult.

Karla, the daughter of Arnold and Ruby Jensen of Blackfoot, Idaho, was similarly busy for many years, serving as den mom, den leader coach, district trainer and an Advancement Chairman in their ward and district. Karla earned the Second Miler Award of Merit, Silver Beaver and Influential Woman in Scouting awards. Both received the John Hutchings Scouting Award.

Lynn coached several athletic teams, including Jr. Jazz, soccer and flag football as well as worked as a substitute teacher for area schools. At age 85, he is still asked to substitute teach, and hundreds of Lehi students know and love “Mr. Nielsen.”

Lynn moved with his family to Lehi in 1946. He is the second of four children, including Arlene (Earl Lewis), Lynn (Karla Nielsen), Donald (Marilyn Nielsen) and Carol (Karl Zimmerman). As a young boy, he learned to sing alto so he and Arlene could sing in parts. Music brought their family together, and the children performed often.

Lynn attended Lehi Elementary, Lehi Jr. Highs, and graduated from Lehi High School in 1952. He was proud to be a Lehi Pioneer and represented the school in both band and singing groups.

When Lynn was young, he saw a Scout with a bugler badge. He thought it was neat and decided to learn to play the trumpet. He enjoyed playing it through high school and still plays for his children and grandchildren. He also played in the Lehi Silver Bandwagon that is now parked at Bandwagon Park. The monument at the park was built by one of their sons for an Eagle Scout project.

Lynn attended Utah State Agricultural College before being called to serve in the LDS Gulf States Mission, spending most of his time in Mississippi and Louisiana. He joined the Lehi unit of the National Guard as a young man and again later as a father. During some of this time, he was privileged to serve as the spiritual leader in his unit.

Karla grew up in Idaho and graduated from Snake River High School in Blackfoot. She attended Utah State University and received a bachelor’s degree in Elementary Education and Early Childhood Development. She taught in the Murray School District for six years before quitting to start a family.

The couple was introduced by friends and married in 1969. They are the parents of six children: Kent, Karl, Kay, Karalee, Lori Lyn and Aaron. Terry and Tyrone Foster became part of the family through the Native American Placement Program. All of their sons are Eagle Scouts.

Lynn and Karla have held many callings in the LDS Church. Lynn has been part of several bishoprics, and Karla has held positions in the Primary and Relief Society. Both are proud of their pioneer roots and are members of the Sons and Daughters of the Utah Pioneers.