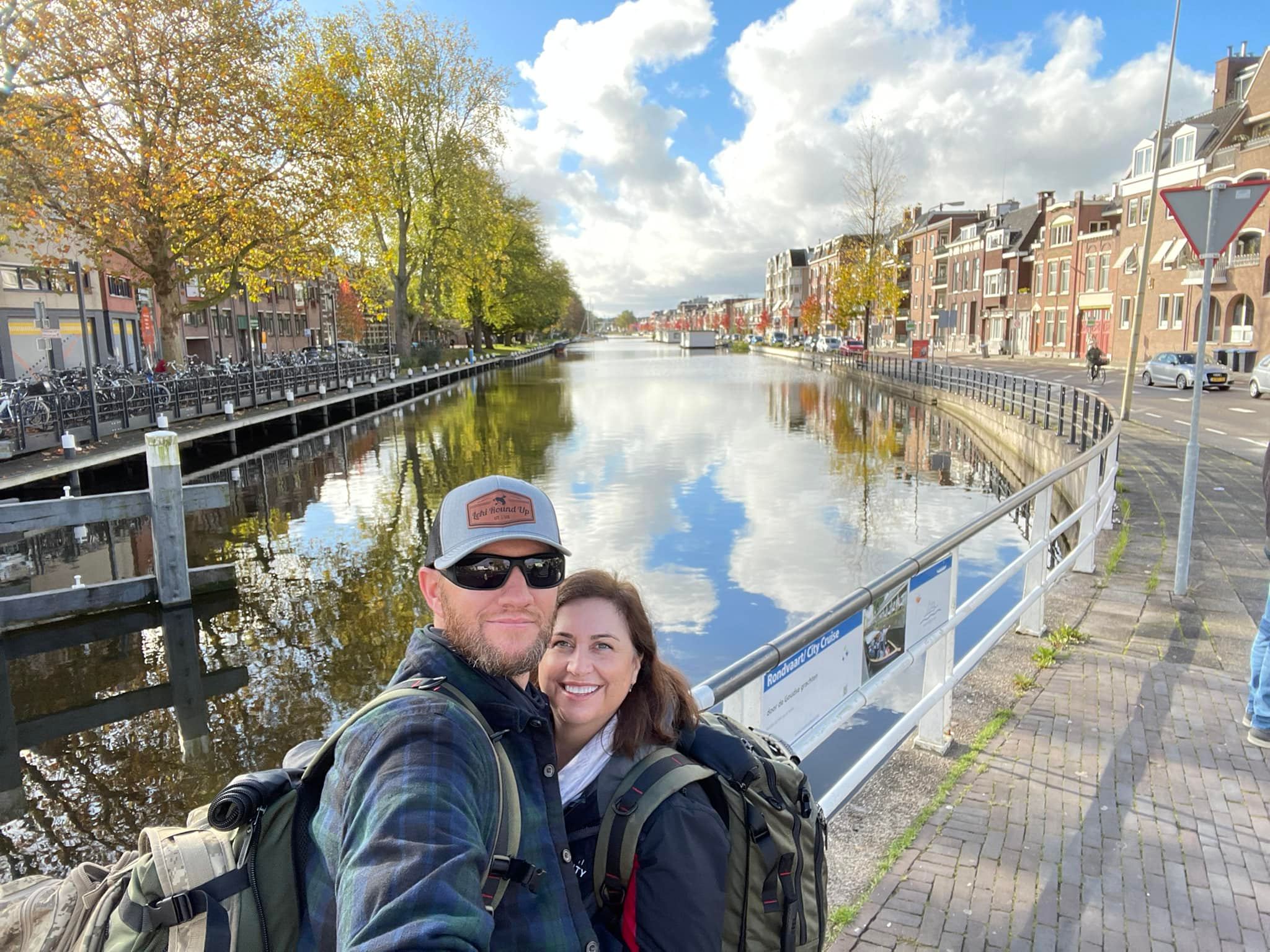 Lehi City Councilwoman Paige Albrecht is always on the job. During a trip to the Netherlands last November, her husband Sterling Bronson snapped a photo of her checking in on Lehi from a laptop in a café. “When she saw they had wi-fi, she got really excited,” he remembers with a laugh.

It was right before that trip to the Netherlands that Albrechtnoticed a persistent pain in her chest wall. She chalked it up to uncomfortable clothes rubbing the wrong way. By the time they got home from vacation, though, she was concerned enough toget a mammogram and a biopsy of the small lump.

“The top risk factors for this cancer include a genetic predisposition, being under 40 and Black or Hispanic,” Albrecht continued. “I have none of those! It’s kind of out of the blue.”

The cancer is small and hasn’t spread to her lymph nodes, so her prognosis is good. “There are new treatments coming out all the time. In fact, I’m the first patient at my cancer center to be placed on medication that was approved just last summer,” said Albrecht. “I was fortunate to find this early enough to treat it very effectively. I’m hoping that my experience will raise awareness so that everyone gets their mammograms regularly.”

Albrecht will have 20 rounds of chemotherapy once a week until the last eight rounds when treatment will be every other week.She chose to have chemotherapy treatment days on Thursday so she could be ready to go for Tuesday City Council meetings and work sessions.

Albrecht has spent the last nine years serving Lehi City, three on the Planning Commission and six on City Council. She has just less than two years left on her current term.

“We had to sit down and consider everything on our plate. Our first priority is Paige’s health, tied for second is family and City Council. We’ve both had to make adjustments,” said Bronson.Albrecht planned to start the last semester of a master’s degree program in January 2022, but her doctor recommended putting that on hold. She works for a law firm that allows her to work from home as well.

“I want to make sure I prioritize what I’m able to do. Obviously,City Council is at the top of that list, so we’ve tried to cut back on other things. I want to have the energy I need to do a good job,” said Albrecht.

“If I didn’t know I can still do the job, I’d consider it my duty to step down from City Council. Oncologist and surgeon have assured me that this is very doable.”

Since she started chemotherapy, Paige hasn’t had to miss any meetings associated with City Council. She reads the agenda packets while sitting in the chair for chemotherapy. It takes about three days to fully recover from the treatments and she deals with bone pain and loss of appetite, but so far, it’s going well.

“Everyone has been really supportive, and I feel blessed to have such a strong family, church and community network backing me in this fight. My oncologist looked me in the eye and told me that he believes my cancer to be curable. I’m trusting in that,”Paige said.

“It’s going to suck for the next year – it’s going to be uncomfortable. We’ll make it. We’ve got everything we need within arm’s reach. We’re very fortunate and blessed,” added Bronson.

“Part of the reason City Council is so high on my priorities is because it’s not just something I do, it’s something I love. Having a way to serve in the community keeps me going – it gives me energy and life,” Paige continued.

“Serving on City Council is really her therapy. That connection is important to her, she feels a duty and an obligation, but it really is the love for the community that keeps her going. If you send her an email and she’s on vacation, chances are she’s going to respond,” said Bronson.

“I love working with people in my community. I love being able to give back. Seeing things we’ve built or made better because of the time and hard work we’ve done is incredibly rewarding. That’s my favorite part,” Albrecht concluded.