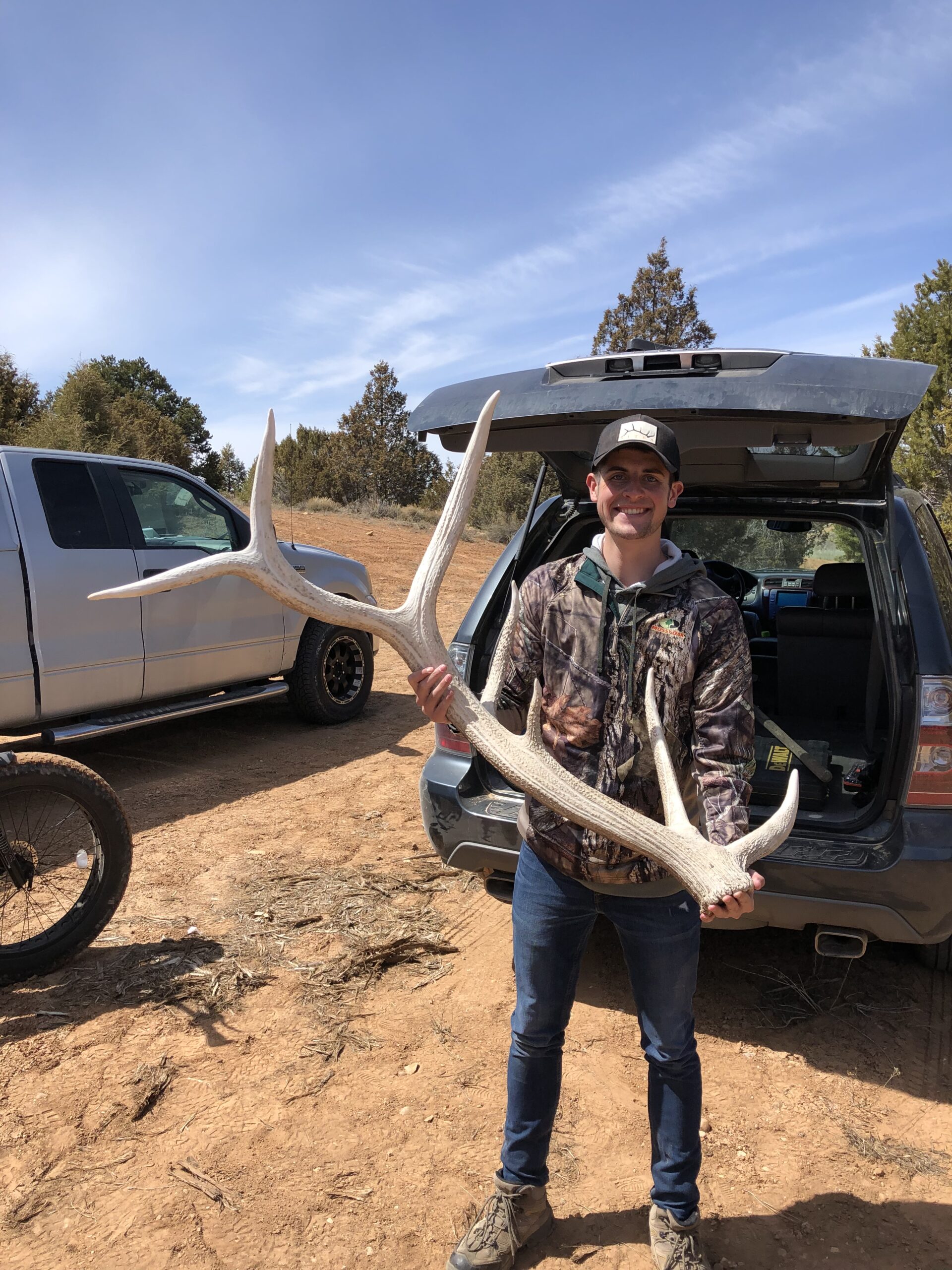 Antlers shed by large game animals in Utah’s late winter and early spring are hunted by an estimated 20,000 individuals each year in the hope of finding a new set of antlers. As a wildlife expert puts it, it’s like a “cross between a winter stroll and a treasure hunt.”

Utah Division of Wildlife Resources spokesperson Faith Heaton Jolley described it as a “very significant, sort of popular activity” in the state. “Many families like it since it’s a great way to spend time together in the fresh air. Finding some of these massive antlers is also a thrill.”

For a variety of reasons, including the fact that thousands of humans are entering big game areas at a time when the animals are most vulnerable, wildlife specialists have recently expressed worry about this practice.

As a result, in 2009, the state of Utah started requiring a mandatory ethics course for anyone interested in collecting deer shed antlers. The training must be completed by those who intend to collect antlers between Tuesday, February 1 and April 15.

There are just 25 questions in all, along with some basic biology and survival statistics. In order to go antler collecting, shed hunters must complete the questionnaire, print a certificate, and carry it with them. The certificates are not transferrable.

Despite the fact that antlers that have fallen off may be collected without a permit and the course is free, the rationale for the course need is due to the timing of the antlers’ fall.

Many individuals wait until February and March to start shed hunting because of these tendencies. At this time, individuals may locate still-valuable antlers, according to Jolley, which makes this a popular time to start a collection.

It is illegal to collect antler or horn parts of animals in Utah without an accompanying license, permission, or receipt. This is because Utah law states that persons are only permitted to gather antlers/horns if they are not attached to an animal’s skull. For shed hunters, authorization to harvest antlers from private property must be obtained in writing, and a certificate does not authorize someone to trespass on ground that is closed to the public.

Winter stress causes animals to spend more energy searching for food or fleeing danger than they do gathering energy from foraging, which coincides with the decline patterns. Cold weather, snow, and human contact may all affect deer survival rates in the winter, say state scientists.

Big game animals have a hard time finding food in the winter and early spring. DWR Captain Chad Bettridge said this was particularly true for deer. Wild animals’ chances of survival are lowered even in mild winters.

In order to survive the winter, an animal must burn up its fat stores and energy reserves if it is spooked, he stated.

However, it extends beyond only observing the interactions between animals and their human counterparts. In addition, Utah’s outdoor landscape is muddier in the late winter and early spring, making it more likely that people searching for antlers would accidentally harm wildlife habitats.

According to Jolley, vehicles are capable of destroying habitat, especially flora that certain large animals rely on to thrive.

She went on to say, “We’re simply trying to educate folks on the best methods to go hunt without generating some of these issues.”

As long as the antlers aren’t attached to an animal’s head or the person isn’t trespassing on private or closed terrain, it’s OK to gather fallen antlers after April 15. The certificate requirement is set to expire at the same time as the animals’ normal life cycle comes to a conclusion.

If you locate a skull with the antlers or horns still attached, you should contact wildlife conservation agents to report it as a possible poaching case, according to wildlife officials. People are also advised not to disrupt any probable evidence, like footprints, in the vicinity.

You’ll be asked instead to photograph the skull from various angles, note where it was found, and report it to your local DWR office.