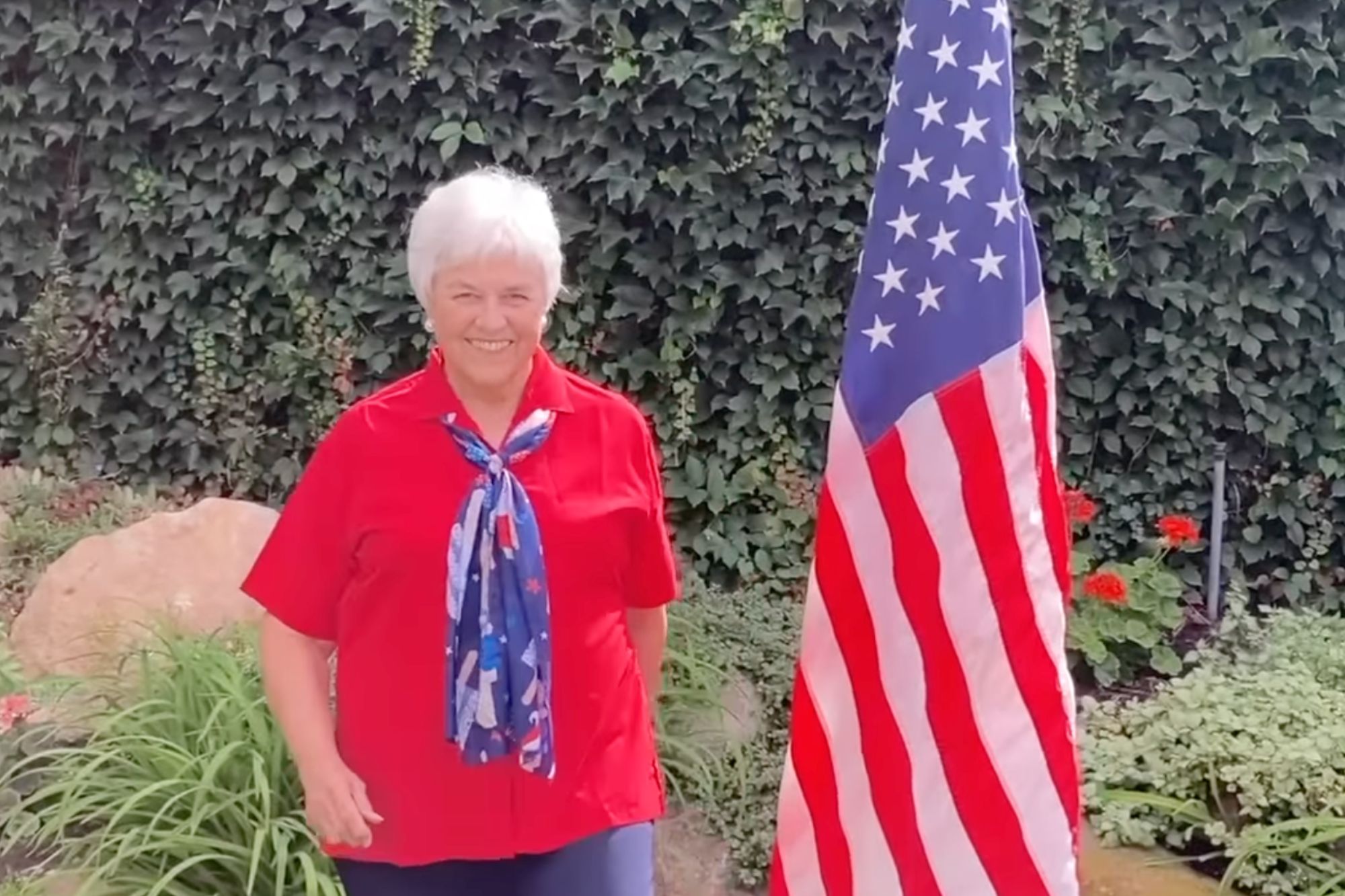 Linda Paulson, a Taylorsville Republican and self-described “amazing” candidate for the Utah Senate, has gone viral with a rhyming campaign video.

The video has been extensively circulated on social media by some who agree with her political views and others who mock the grandmother of 49 grandchildren.

The rap video, which Paulsen posted on her Facebook campaign page, mentions her love of family, the Constitution, and the Second Amendment. The Republican candidate for Utah Senate District 12 claims to be pro-life, pro-police, and pro-free expression.

“Government initiatives should lead to self-sufficiency and promote the traditional family as society’s core unit.” However, new views are being promoted in schools. “Just to be clear, that’s a female adult,” she raps, motioning to herself.

“I understand what a lady is,” she adds.

The footage was shared last Tuesday on “The Late Show” with Stephen Colbert. He said, “There’s a lot to unpack there. First and foremost, Linda, as a female grownup, do you understand what a rhyme is? Historically, that’s been an essential element of the entire rapping business.”

“And none of them know GarageBand?” he said of Paulson’s 49 grandkids and great-grandchildren. GarageBand is a Mac music studio program.

“Hey Linda Paulson, listen up right here,” Colbert retorted with his own non-rhyming rap. This year, you have the hippest advertisement. My name is Stephen Colbert. The Constitution is fantastic, and just to be clear, as a comic, I would want you to write more songs.”

“Thank you, Colbert, for helping promote (part) of the campaign message,” Paulson said on Facebook. I wish you the best.”

The video was also published on Fox News, which said that it drew “mixed reviews.”

According to the National Review, the film is “a contender for the most odd political commercial of the 2022 campaign.” The National Review bills itself as “America’s foremost source for conservative insight.”

Some Facebook followers praised the rap. Sarah Danielle, one of Paulson’s followers, said, “Your rap is simply fantastic, and I adore every detail!” You are just what the world needs. Continue to be good and disregard the crowd.”

What does Paulson think of her viral video?

Paulson said that she is attempting to maintain her sense of humor. According to her daughter, who penned the rap, she was disheartened by unpleasant words made online about her mother.

Paulson says she’s taking everything in stride and is thrilled that family members from out of state are now aware she’s running for a political office.

She said she attempted to persuade someone with more conservative beliefs to run for the District 12 seat in the Utah Legislature. No one had shown up on the last day to file for office.

“I told my spouse it’s an hour away, and I’m going to check if anybody else has signed up. If they haven’t done it yet, I will.”

Her whole family is now committed to her campaign. Win or lose; it’s been a once-in-a-lifetime adventure for Paulson, who is 80.

“I like family reunions, and this is similar in many respects.” “It’s definitely a one-of-a-kind event that we never imagined,” she said.

Senator Karen Mayne, D-West Valley City, did not respond to calls for comment.

Mayne was appointed to the Utah Legislature in 2007 after her husband, long-time labor union leader Ed Mayne, died. Karen Mayne, currently Senate Minority Whip, was elected to the Utah Senate in 2008 and has been a member for 15 years.

Mayne’s campaign website says she is “your voice of reason.”