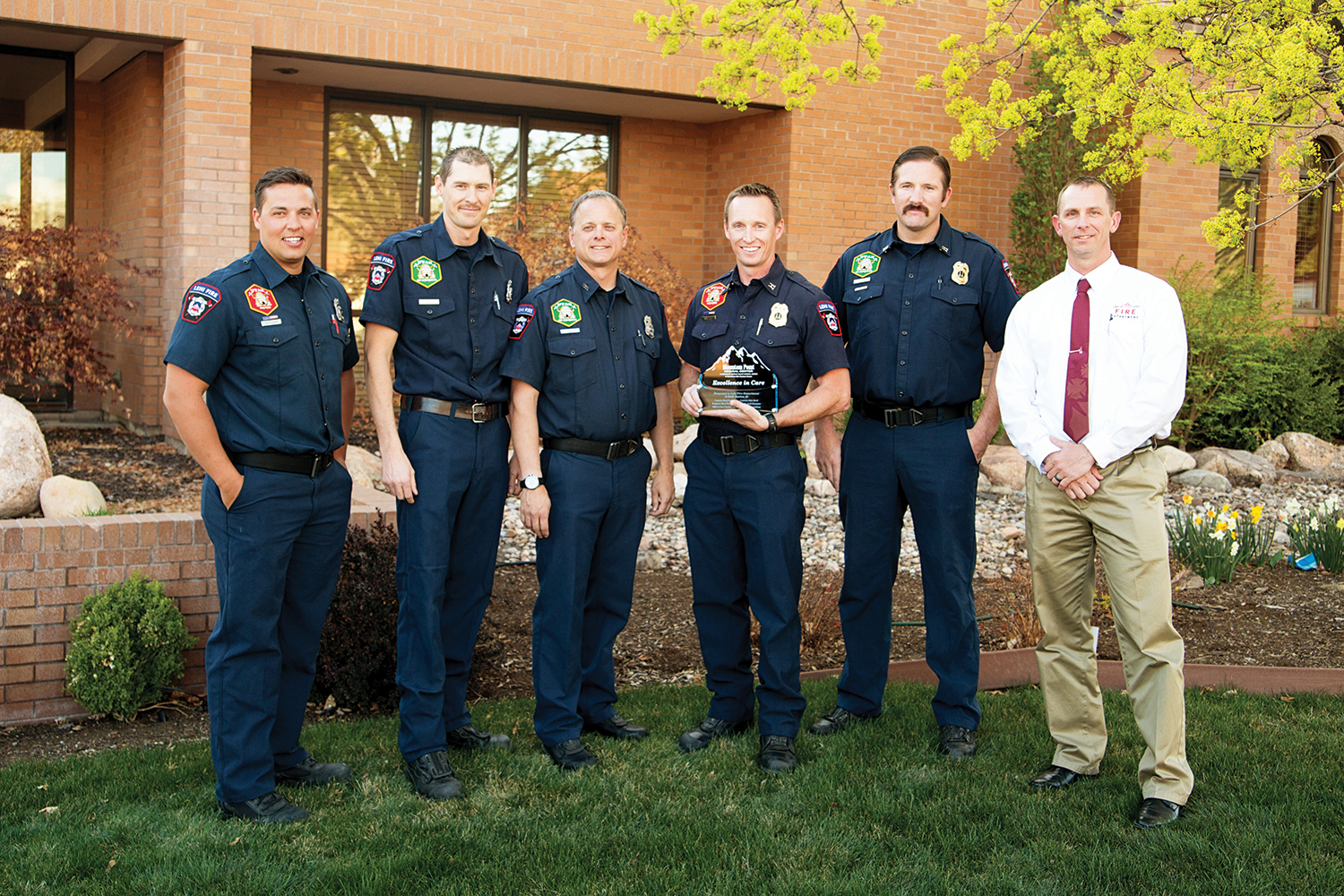 During the Lehi City Council Meeting on April 12, the Lehi City Fire Department was presented an “Exceptional Care” award for saving the life of a Lehi woman in her fifties. The life saving event occurred on February 4, 2016. The woman, who had a heart condition was driving on I-15, where she experienced a heart attack and was involved in a car accident. She was rushed to Mountain Point Medical Center in Lehi. This was the first day that Mountain Point Medical Center went live with their STEMI receiving capabilities which contributed to this life saving event. According to Marc Sanderson, Emergency Services Director, “We are very lucky to have such a great partnership with the City of Lehi, specifically Lehi Fire Department—the members of this department are highly training in cardiac emergencies which ultimately lead to a very successful outcome for this patient.”

Mountain Point Medical Center CEO Kent Loosle, Chief Nursing Officer Katie Flores, and Lehi Fire Chief Jeremy Craft presented the grateful woman whose life was saved with a bouquet of flowers and also presented the fire crew squad involved in the save with a special award and plaque.