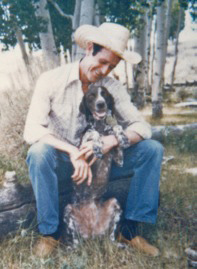 He served in the United States Army during the Korean conflict.