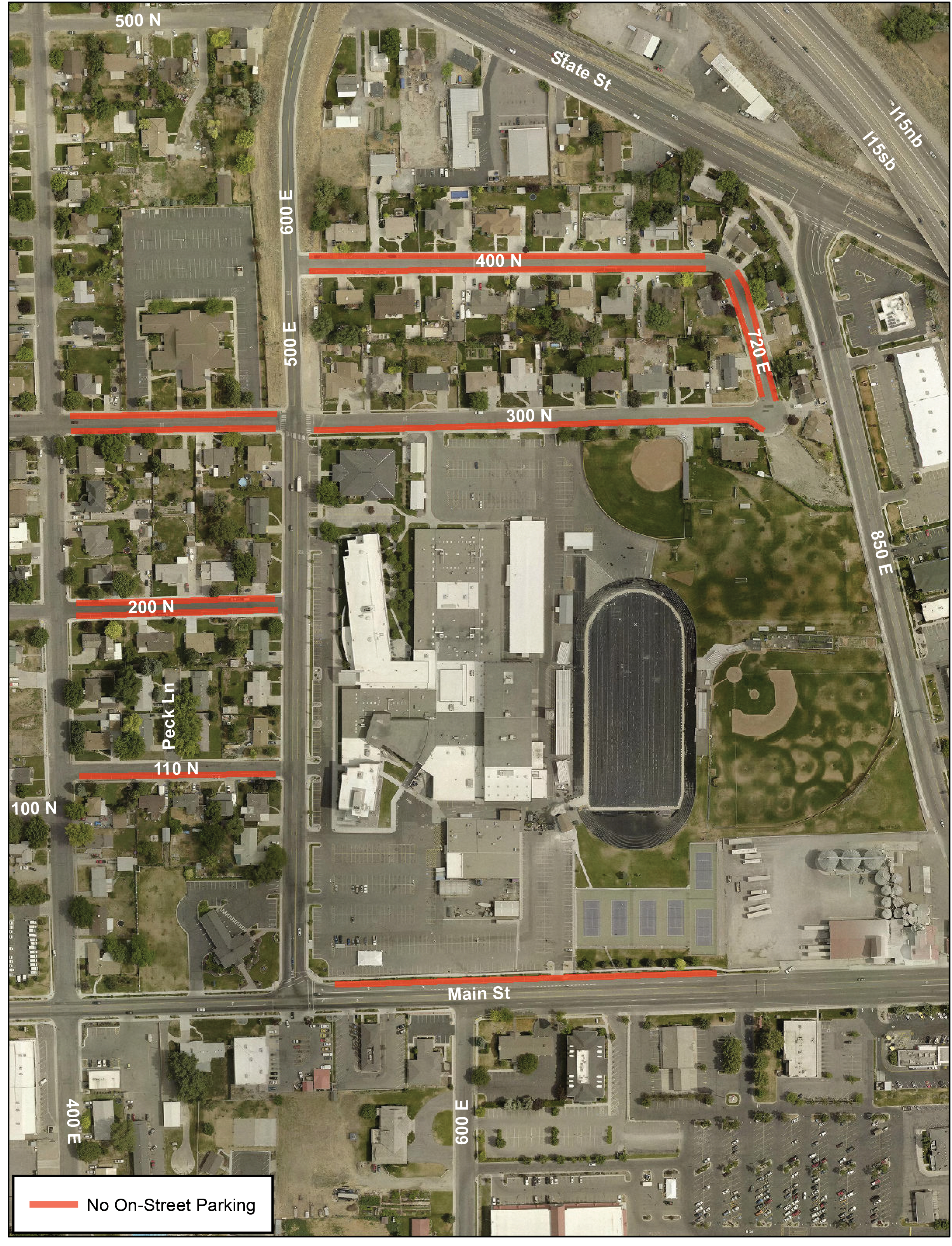 Area around high school that would be affected by city ordinance.

During the June 14th Lehi City Council meeting, citizens and council members discussed what recourse the city should take in solving the problem of student parking on city streets around Lehi High School.

Mayor Wilson introduced the problem to the city council in a pre-council discussion. The mayor brought up the possibility of creating a city ordinance that would prohibit students from parking in the neighborhoods adjacent to the high school. The ordinance would state that there would be no parking on 2nd, 3rd and 4th North and two blocks west of the high school between the hours of 7am and 3 pm when school was in session (see graphic). According to Cameron Boyle, Lehi Public Information officer, the actual proposed area will be slightly adjusted, extending to 300 East. It was noted that such an ordinance would prohibit all parking in front of citizens’ homes during those hours. The ordinance might prove problematic for homeowners on the affected streets who had visitors park on the street during school hours.

Council member Southwick commented that the neighbors in the areas outlined are tired of students parking in front of their homes. This was also reiterated by Brent Pulley, a homeowner in the affected area. Pulley explained that many mornings he would wake up with debris in his yard, left by teenage drivers. Pulley also observed very inappropriate behavior occurring inside vehicles parked on his street. Additional complaints were made by Brent Dorton, who lives across the street from the high school. He has witnessed several auto accidents in front of his house and will not let his grandchildren play in the front yard during school hours because of safety concerns.

Mayor Wilson expressed concern that if the pending Alpine School District bond passes, more construction will occur at the high school, which could eliminate existing parking spaces.  Wilson also went on to suggest that in the near future, the high school would be just as crowded as it has been and parking would again be a problem.

Several suggestions were given by citizens and council members. One citizen, who had lived in Riverton and attended high school at Herriman High School, said students were restricted on who could drive and park at the school. Council member Condie said at his school only juniors and seniors could drive cars to school.

Council member Albrecht was frustrated that her son played “cat and mouse” with the parking attendant at the high school and eventually had his car booted. She opined that, “Kids have NO place to park!” Council member Southwick said the school district has the responsibility to solve the parking problem not the city.

The discussion ended with no resolution. This will continue to be a perpetual problem according to Mayor Wilson. Lehi City plans to include this item on the City Council Meeting agenda scheduled for July 12 at 7pm. Citizens are encouraged to attend the meeting to express their opinion.