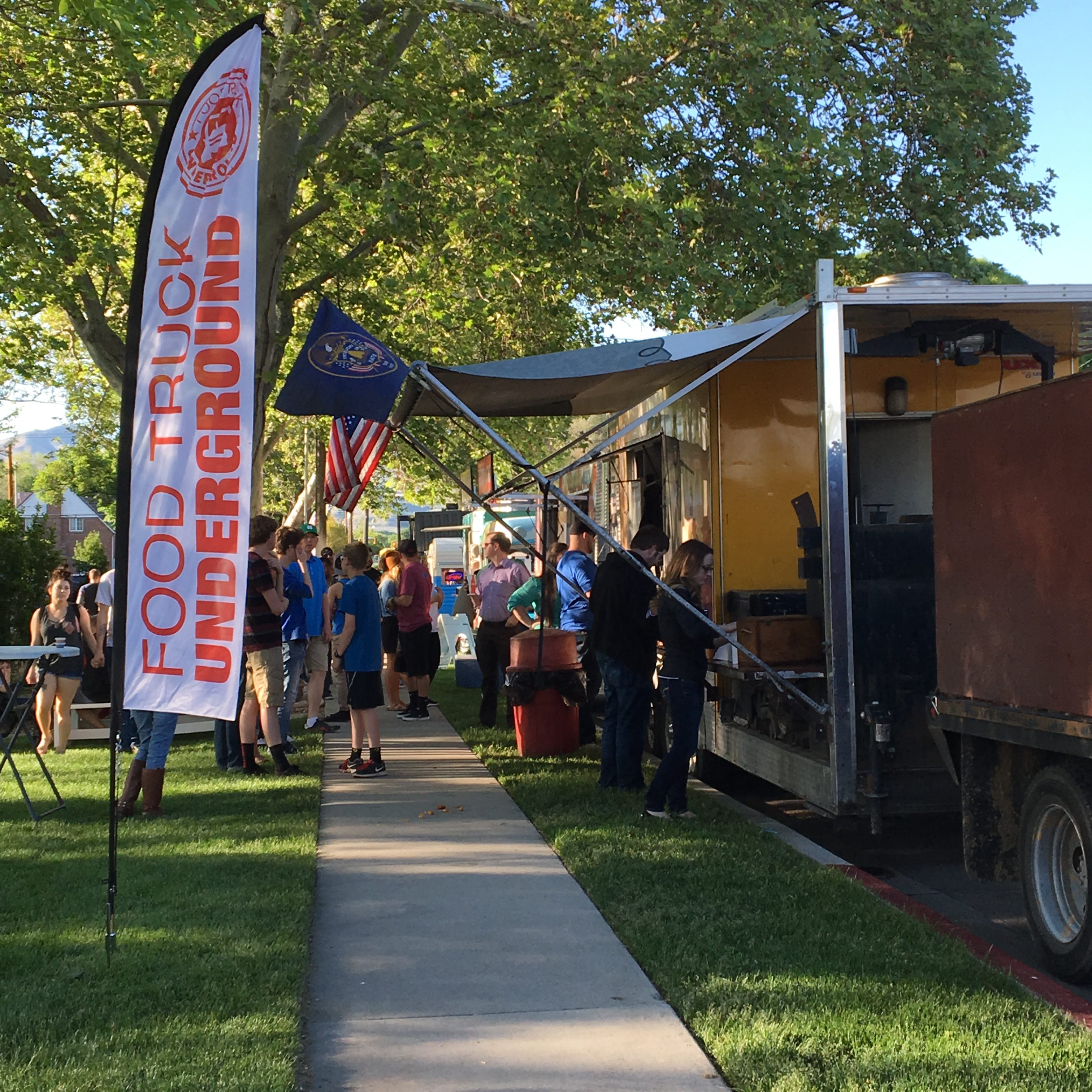 If you haven’t already taken the family to Wines Park on a Wednesday night for “Food Truck Wednesday,” you’re missing some great food, friends and fun. Each Wednesday night from the spring through the fall, trucks and vans descend around the perimeter of Wines Park to share a delicious variety of fare.

Some of the more exotic dishes found are Korean noodle or rice bowls and Poutine (a French/Canadian dish made of fries covered in gravy, cheese curds and delicious meat toppings.) All the trucks are affiliated with the Food Truck Underground, a local group of business-minded foodies.

According to Food Truck Underground director, Dan Brown, “we are in our third year of coming to Wines Park in Lehi. People there are great. It’s a good crowd and a great family atmosphere. We like Lehi.”  Brown also mentions that his company also visits other community events in Lehi and to Thanksgiving Point often.

Rather than agonize about what to make for dinner on a Wednesday night, come join the fun at Wines Park and try something new!

Mountainous Beauty in Our Backyard