Sunday Concerts in the Park 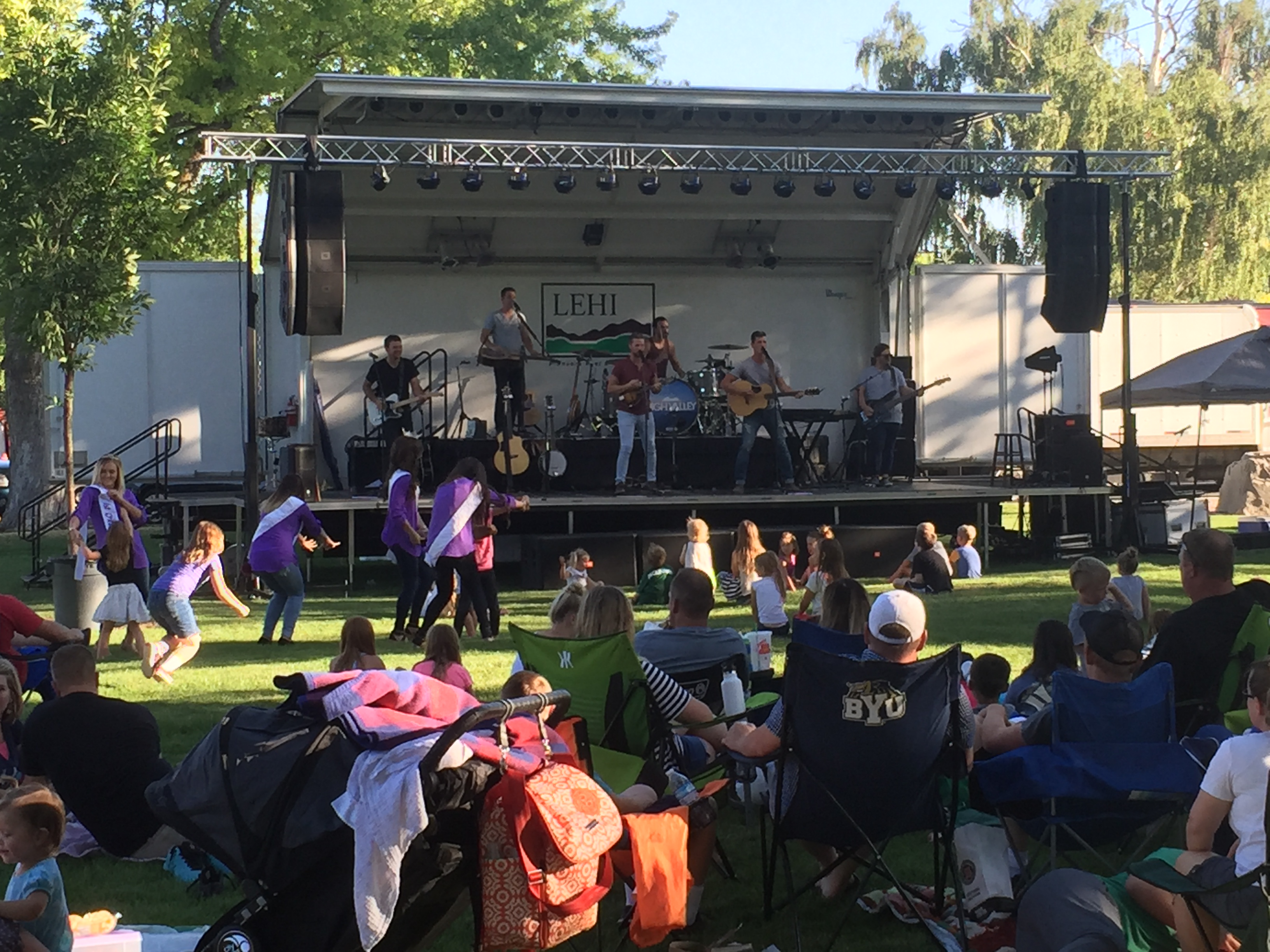 Even if you didn’t grow up seeing live music in a park on Sunday evenings in the summer, there is something nostalgic about sitting on a blanket with someone special and enjoying a good concert outside. The Lehi Arts Council has organized a free outdoor concert every Sunday this summer from 7:00pm to 8:00pm at Wines Park.

So far audiences have enjoyed Jeff Hinton, as well as the Lehi Area Symphonic Band. Hinton has lived in Lehi for 23 years and is part of the group “Joshua Creek.” While he played a “mess of songs,” including a James Taylor cover and Joshua Creek music, little kids did somersaults and cartwheels in the shade and older kids tossed footballs to each other. Jeff’s singing and guitar playing was the perfect accompaniment for the lovely summer night. Before the concert started, Miss Utah, Lauren Wilson, introduced herself and her platform (she’d been crowned less than 24 hours before).

On Sunday, June 26, the Lehi Area Symphonic Band, conducted by Jessica Francis, performed. They included some obvious crowd favorites like the theme from Benny Hill and Neil Diamond’s “Sweet Caroline,” which got quite a few people singing along. Members of the Symphonic Band are also part of the Lehi Silver Band, which performs in the Silver Bandwagon at local parades. Their next gig is the Provo Fourth of July Parade. The band meets at the Lehi Arts Center on Thursdays at 7:00pm and they are in the market for percussionists and anyone else who would like to join them.

An outdoor concert on Sunday evening is the perfect way to end the weekend. Don’t miss the upcoming performances:

July 3 – Songwriters in the Round (Opening: The Swing Sisters)

July 17 – An Evening of Broadway featuring The Lehi Chorale

August 21 – Johnny and the Rebels