Be Their Guest! “Beauty and the Beast” Opens Friday Night 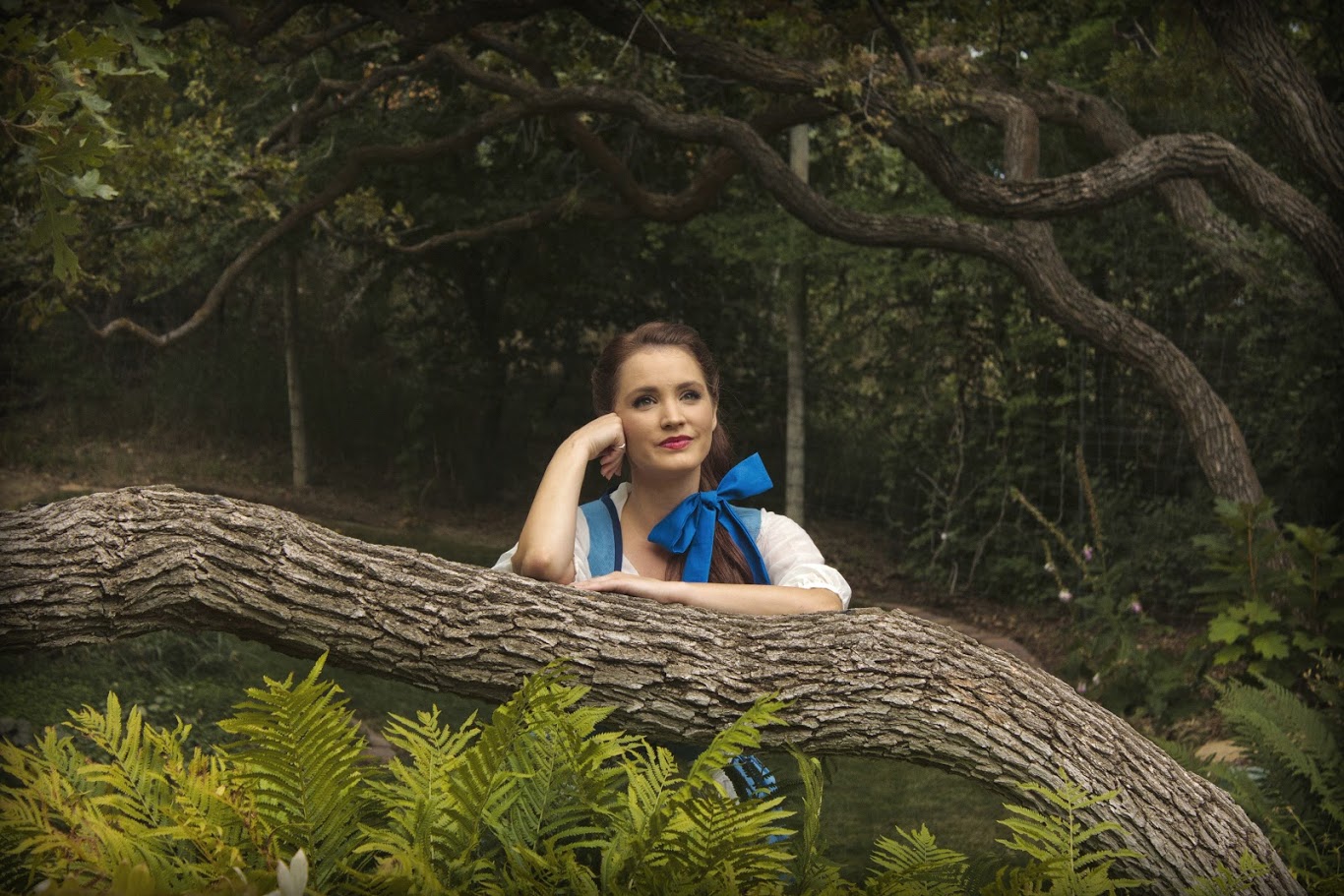 The Lehi City Arts production of “Beauty and the Beast” is preparing for their opening night on Friday, August 12, at Willowcreek Middle School (2275 West 300 North). Shows run until Saturday, August 20, when there is a special Princess Tea with Rachael Thompson as “Belle” just before the matinee on the 20th. The cast and crew have spent hours rehearsing, building sets, and sewing costumes.

Mariah Knittle was brought on as Costume Designer for “Beauty and the Beast” only four weeks ago. She’s had to figure out 120 costumes for about 70 people, a difficult but exciting challenge. The gold ball gown for Belle ended up being easier than Mariah anticipated, even though it was made from scratch (most of the costumes are rented or borrowed from other theaters in the area). Mariah used eight yards of fabric cut into 32 sections for the skirt, lace from her “stash” on the bodice, with beads hand-sewn into the neckline.

Erica Glenn, who plays “Belle,” has been touched by Mariah’s attention to detail: “I’ve never been fitted so perfectly for a costume in any other production.” During Erica’s final fitting last Saturday when they were trying the hoop under-skirt for the first time, Mariah and Erica both got a little emotional seeing Mariah’s vision and work in real life. “It’s such an iconic dress! It had to be perfect,” said Mariah.

The biggest costume challenges for Knittle have been creating the shape for Mrs. Potts, played by Julie Jensen, the upholstered wardrobe for Madame de la Grande Bouche, played by Mikayla Bartschi, and the formal suit for Beast (played by David Henry). For Mrs. Potts, the final iteration of a hoop skirt is a cage-like creation made with polyethylene tubing used in plumbing. The set design team built Maurice’s invention to look almost exactly like the one in Disney’s 1991 animated “Beauty and the Beast.” The smallest member of the cast will be inside the invention making it work.

The cast of “Beauty and the Beast” get along so well that they have to be shushed during rehearsals to keep from talking with each other too loudly. Part of their great chemistry comes from having so many families in the cast. Chris Jones, who plays Lumiere, has three sons in the show with him; Crispin, Xander, and Nicholas. Crispin got home from his LDS mission in June and came to rehearsals the next day. Julie Jensen (Mrs. Potts) has her children Grace (a Salt Shaker) and Liam (a Tea Cup) with her. Jonathan Biesinger (Cogsworth) is joined by his daughter, Hannah.

Don’t miss Lehi City Arts “Beauty and the Beast”! Get tickets at the door or at http://www.tinyurl.com/LehiBeautyBeast.