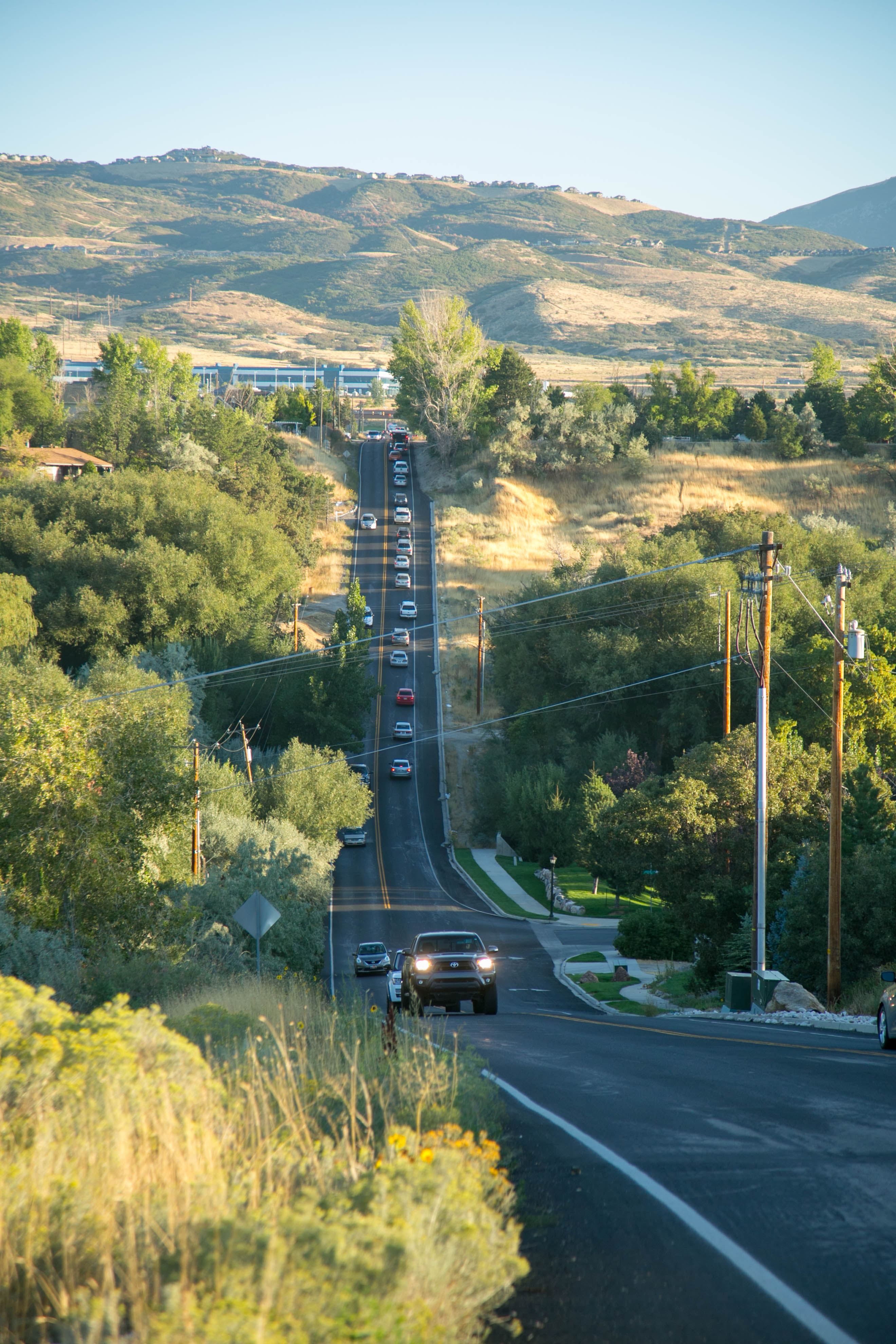 Many people are worrying about what will happen with the traffic on 1200 East when the first snowflakes fall. The north end of 1200 East has a section affectionately called “The Dip” or “The Gully” where drivers negotiate a 16% grade. Although the road was recently resurfaced and is in good condition, the beginning of the school year has highlighted the road’s inability to handle new flow levels.

Despite hopes the continuing Center Street closure is affecting traffic on other north/south corridors, 1200 East is probably not being affected by that closure since it is one mile away. The traffic overwhelming the four-way stop at 1200 East and 3200 North appears to be caused by traffic to Skyridge High School, Renaissance Charter School, and IM Flash Technologies and peaks around 7:45 a.m.

Volume of traffic is not the only concern in this area. There are many inexperienced drivers heading back and forth from Skyridge who may not be driving reliable vehicles or be prepared to handle tricky driving situations. Anyone who has driven a stick shift is well aware of the increased difficulty of stopping and starting on a steep hill. One young driver ended up at the bottom of the hill recently because she could not manage the clutch in the creeping traffic. Some drivers have taken to just stopping at the bottom and waiting until the traffic lightens before they head up the hill. These situations may cause multi car accidents on a snowy morning.

The Streets Department is well aware of the challenges of the area and tries to stay ahead of problems by spraying brine before storms start and by using salt and sand as needed, but it is hard to keep up. Once there is an accident it is often necessary to close the road while removing cars and built up snow.

City Council Member Chris Condie indicated there are road studies being conducted on how to improve the traffic flow but there will probably not be any work done there this fall. “We are just running out of time,” Condie said.