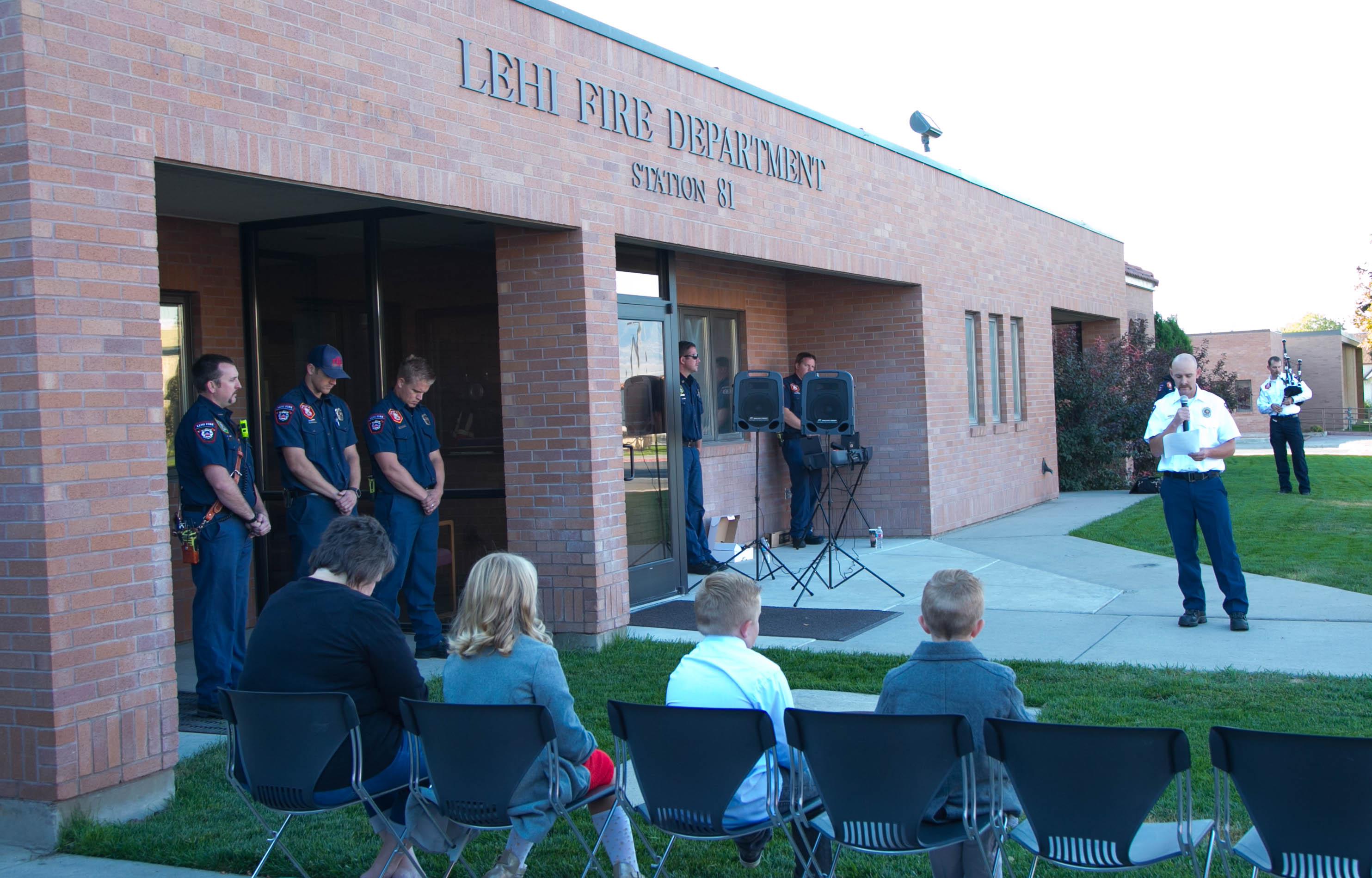 On Sunday morning, a crowd of about 60 gathered at Lehi Fire Department’s 9/11 Remembrance Ceremony held at Station 81 on Center Street. For several years the firefighters on duty have had a private remembrance each September 11, but this year was the first time the public was invited.

The short program began with Battalion Chief Tim Robinson leading the Pledge of Allegiance and reading the poem “A Heroic Journey.” Captain Jake Beck recounted the events of that fateful day in 2001 and then Chief Jeremy Craft and Paramedic Ryan Kimball performed “Amazing Grace” on bagpipes and drum. After a moment of silence, Paramedic Aaron Fuller used a hook to ring the bell 15 times, one for each year since the terrorist attack.

Many in the crowd were moved to tears as they remembered the events of 9/11 and paid tribute to those who lost their lives that day. Hope Howell attended the ceremony with her family. “We heard about the ceremony and wanted to come to remember that day. My children don’t remember, but I think it is important that they understand what happened,” she said.

Brian and Heidi Edwards have only lived in Lehi for a week, but he is a long-time friend of Chief Craft, who told them about the ceremony. As a retired firefighter, Edwards wanted to attend and take a moment to remember that dark day. Mayor Bert Wilson said, “It was a nice ceremony. I appreciated the time to reflect on the blessings and freedoms that we enjoy and often take for granted.”