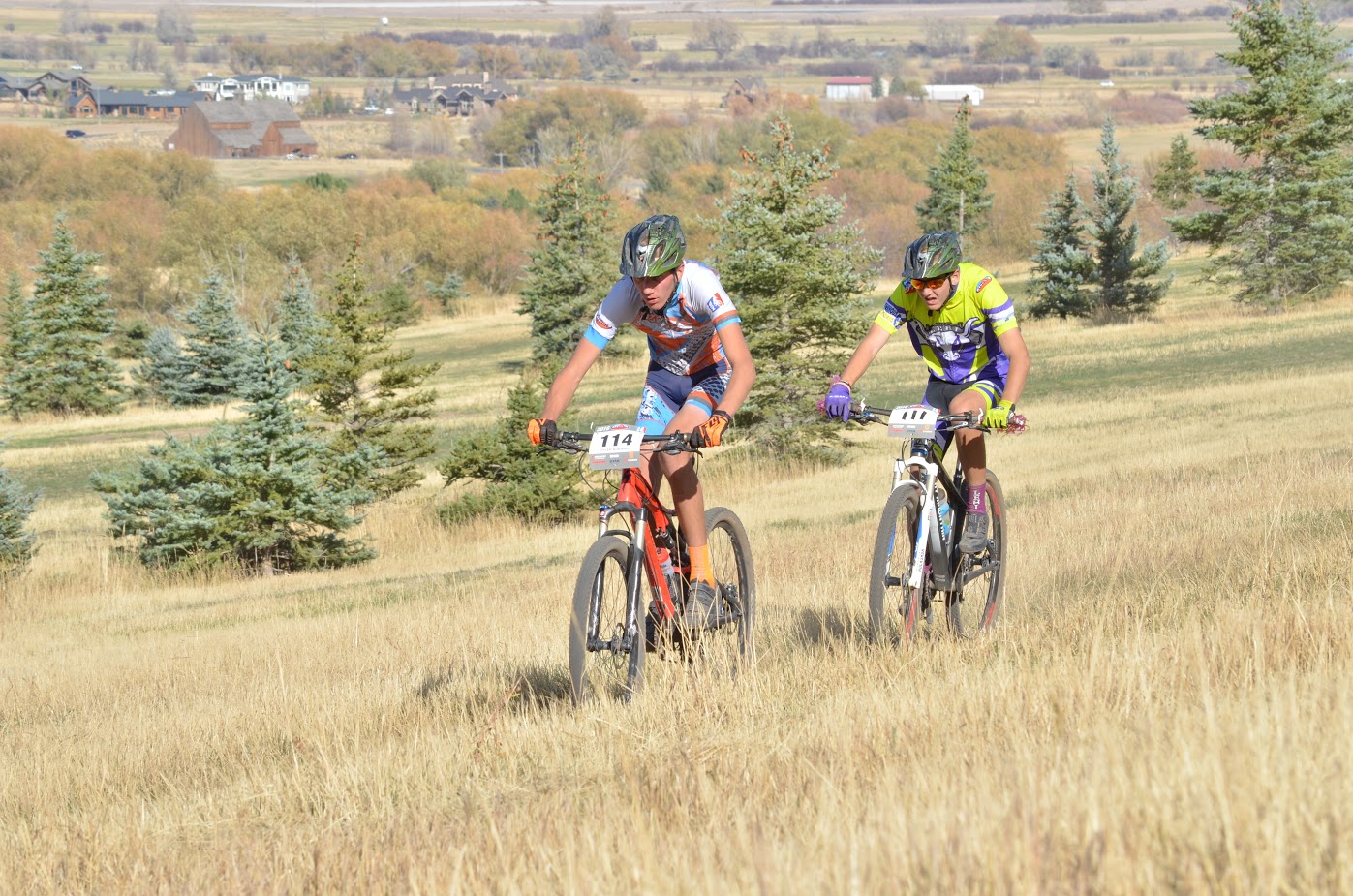 The National Interscholastic Cycling Association (NICA) has 19 leagues and 11,000 riders nationwide. Of those 11,000 junior high and high school mountain bikers, 2,500 are in Utah. Mountain biking as a competitive sport is gaining more and more popularity but it is not yet an official high school sport. The coed teams in Lehi are in the middle of their racing season and have been training since June.

Steve Stringham is one of the coaches of the Lehi High School Mountain Bike Team. Stringham has been cycling since he was in high school and wanted to ride with his kids. When his oldest daughter was in 7th grade, he took her to mountain bike races to watch and have fun. Stringham thought he’d have to start his own club or team in order for his children to participate in races, but he saw a flyer for the NICA five years ago and decided to join. Lehi High’s Mountain Bike Team has 31 riders this year. Everyone gets to ride – there is no bench and no one has to try out for the team. The only requirement to be on the team is that the kids have transportation to practice rides and races, and parents who are willing to volunteer their time. Many parents even go on practice rides with the team.

ridge High’s mountain bike team has 40 kids this year, including 10 girls. Tyler Robbins of Skyridge High and Braxton Francom of Lehi High have trained together since they were freshman. This year Robbins and Francom are racing varsity, a placement they had to earn during their junior varsity year. The two friends continue to train together and draft off each other during races. “It is amazing how these kids support each other, despite what jersey they are wearing,” says Robbins’s mother, Monique.

The mountain bike race courses are between four and six-mile loops with the first mile or so uphill to separate riders before they get to a single track where it is difficult to pass. About 18 months ago, parents and team members in Lehi built a mountain bike course in Eagle Mountain from scratch. It’s a three-mile track with 380 feet of climbing. The Eagle Mountain course is easy enough for beginning riders, but it was designed to be a challenge for more experienced riders as well. The primary focus for the younger riders (the junior high team, “Metal Mashers,” from Lehi Junior High and Willowcreek Middle School) is to build skill and have fun. It’s still fun for the varsity-level riders, the top five of whom ride at pro speeds, but they are working hard to get faster and endure longer at the same time. The fifth annual Utah High School Mountain Biking Championship is just a few weeks away on November 5.

“It’s fun to see the contagion,” says Steve Stringham. “It’s very different from going to a football game, everyone cheers for everyone.” At the mountain bike race at Soldier Hollow last Saturday, October 22, there were riders from teams all over Utah County waiting at the last turn before the finish line to encourage every person that rode by. The Finlinson family came to watch Ryder Finlinson, a sophomore at Lehi High, but they also cheered on the other members of the team. Brook Finlinson, Ryder’s Dad, appreciates that mountain biking isn’t cutthroat like some high school sports can be.