Vintage Vignette: A Swallowed Lizard and a Lehi Football Story 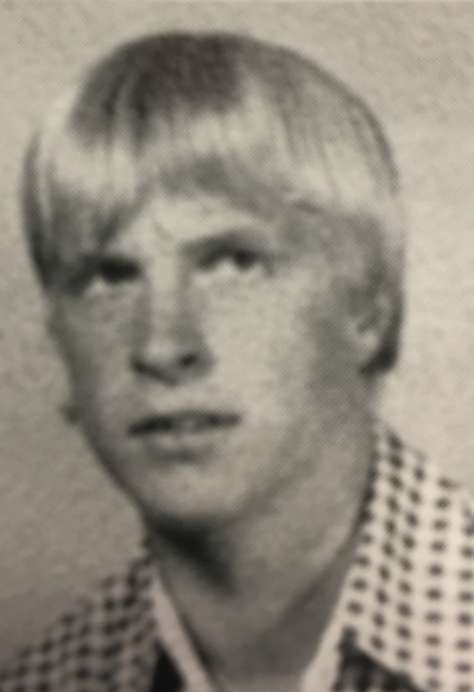 The Fall football schedule in early September of 1972 included an “away game” for the Lehi Pioneers at Uintah High School in Vernal. Halfway into the trip, the team bus took a brief detour, stopping at Starvation Reservoir for a rest-room visit.

With limited public facilities, about half the players just headed into the adjacent bushes for relief. Someone kicked a rock and out ran a lizard. The blue-belly reptile was quickly caught and taken back to the bus where a challenge was issued to “anyone who has the guts to eat this lizard will get a $25 dollar prize.” Team Captain Victor Colledge piped up… “Hey, I’ll eat him if you can raise twenty-five bucks!” A helmet was passed down the rows of the bus for the collection amid laughs, taunts and yells aimed at Victor.

He wasn’t very worried as only nickels, dimes and quarters rattled into the purple helmet with only a few one dollar bills. Tim Welch counted the collection and announced there was only a little over “seventeen dollars in the helmet.” Just then, Coach Lloyd Jacobsen stood up, took out his wallet and dropped in a ten dollar bill. The team roared with laughter and Victor’s jaw dropped. Being a good sport, he took the lizard by the tail and held him above his wide-open mouth. With his head tilted back and no intent to really eat the lizard, Victor started to grin and was about to throw the lizard out the window, when it suddenly dropped its tail and fell into Victor’s open mouth. Victor’s eyes bulged in terror as the lizard scrambled into the only opening it could see…Victor’s throat. Guys started screaming and two or three had the “dry heaves.”

Victor froze, bug-eyed as the blue-belly wedged itself half-down Victor’s gullet while trying to claw forward. The stocky, blue-eyed team captain gagged, choked and started to turn blue. Coach Jake pounded Victor on the back, then finally, the scaly reptile slid all the way down into his stomach. Colledge sucked in a huge gasp of fresh air.

Team-mates yelled and hooted with stunned amazement. Victor sat down with a sickly grin on his face. He leaned over to seat-mate Jim Fowler and weakly said, “Holy Crap Jim, I can feel him running around in my gut.” Jim noticed Victor’s face was turning gray. The bus pulled back onto highway 40 and within an hour the team was dressing for the game. Victor told the coach he “didn’t feel very good,” but would try to play. He attempted to vomit a couple of times but couldn’t bring up the now-dead meal.

When the referees called for the coin toss to begin the game at mid-field, captains Fowler, Welch and Victor marched to the fifty-yard line and greeted the host “Uintah Ute” captains. Suddenly, Victor dropped to one knee and began retching. To the total amazement of the officials and Uintah players, a large blue lizard flew out of Victor’s mouth and landed on the grass. “Holy Jaysus….. Lawd….Almighty!” stammered one of the wide-eyed Uintah captains.

The head official stared down in total disbelief. “Tails!” said Welch as the coin flew in the air. Tails it was and Lehi kicked off to the Utes to start the game. Victor was sick most of the game but played anyway. He vomited a couple of times, but being a tough and tenacious Pioneer, he did all he could for the team. When the game was over and Coach Jake shook hands with Uintah coach Belcher (yes, that is really his name), coach Belcher said “Rotten way to win a game Lloyd, what kind of crazy stunt was that lizard-eating trick? My captains were so ‘psyched out’ they couldn’t get their heads back into the game all night?”

Coach Jake laughed and quickly recounted the story.  Belcher just stared at him incredulously and walked back to his sideline. The talk on the jubilant bus ride back to Lehi centered more on the lizard incident than the football win. Victor soon recovered, but the Lehi lizard….as he was aptly named, was never forgotten.