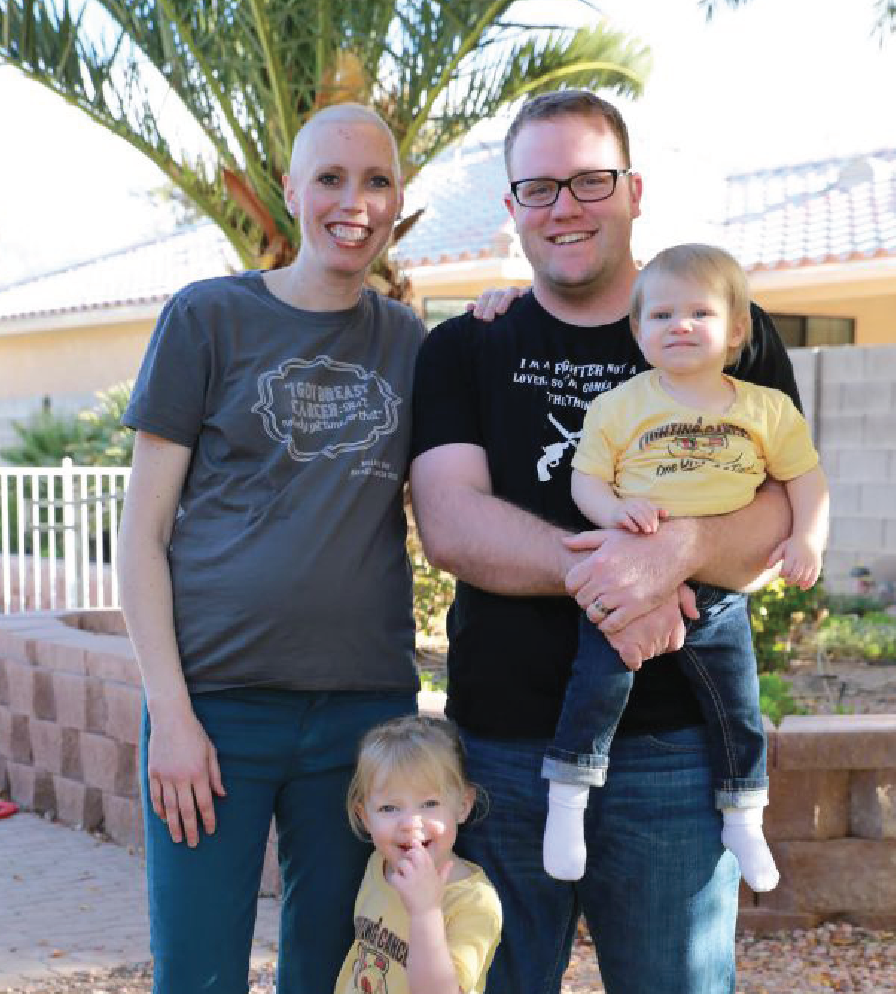 Two and a half years ago Melanie Day was told by her doctors that she had “two to five years to live, and not more than ten.” Day has Stage IV Breast Cancer. She is determined to live the time she has left to the fullest and hopes to inspire as many people as she can to do the same.

Melanie Day is recording her journey on her blog, fiveyearstolive.org. In one of her posts, Day asks, “Why don’t we live as if we only had Five Years to Live?! This is the idea I want to inspire in others. Take that vacation you always dreamed about. Start that business. Don’t be afraid to make a mistake. Don’t be afraid to have an awkward, emotional conversation. Stop thinking that your voice doesn’t matter. Take your significant other on dates, even if you have to pay a babysitter! Jump out of an airplane (but don’t ask me to join you). Take your daughter to that expensive dance performance at Capitol Theater in downtown Salt Lake City because she will love it and you will create memories! Make time for family. Write that story. Talk to that person. Tell them how you REALLY feel. Sing that song at karaoke night. Dance with your kids. Always. And for goodness sake, stop cleaning your house!”

Day went through a period of shock and depression after finding out she had cancer and limited years to live. She couldn’t imagine what her very young children would do without her; it didn’t seem fair. During a conversation with a friend, Day suddenly realized that she wasn’t giving her kids enough credit. They are resilient. She wants to teach them everything she knows (including how to play basketball), so she writes down lessons she’s learned and the hopes she has for her children. Every day with the people she loves is a “bonus day” for Melanie.

A Bucket List started forming in Day’s mind– things she wants to do in the time she has left, from the very possible to the impossible. The first item, and most impossible, was to attend the Duke vs. University of North Carolina men’s basketball game at Cameron Indoor Stadium on Duke’s campus in Durham, North Carolina. Day played basketball for UCLA and BYU when she was in college. She had the opportunity to visit Cameron Indoor Stadium and saw in person how “intimate” it is. The “Cameron Crazies” (the student section supporting Duke) have seats that are so shallow that even a short person wouldn’t be comfortable sitting there for long. When Day saw that, she understood why the students are always standing up during the games– it’s not just because they’re excited. Duke and UNC are the biggest rivalry in college basketball. Day saw online that people were selling tickets for $17,000 a piece! She never thought it could happen, but this was a dream list, so she wrote it down anyway.

When Melanie Day’s BYU basketball coach, Jeff Judkins, heard about Day’s dream of going to Cameron Indoor Stadium, he decided he had nothing to lose by calling Duke’s head coach, Mike Krzyzewski, and telling him about Melanie and her bucket list. Coach “K” arranged for Day to get two tickets, one for her and one for her husband, to the UNC @ Duke game on February 9, 2017. “The fact that Coach K. thought about me for even 10 seconds blows my mind!” said Day. The BYU players and coaches pitched in to pay for airfare to North Carolina for Melanie and her husband as well. “She was a great player, but more importantly she’s a wonderful young lady and a great example of really what athletics is all about,” Coach Judkins said. Just talking about what Coach Judkins and the BYU women’s basketball team has done for her makes Melanie emotional with gratitude. She’s seen great kindness and love from people she knows and people who don’t know her. Day will be documenting her trip on her Instagram @melanieday and hopes people follow her and get motivated to dream big.

Another item on Melanie Day’s Bucket List is to start a non-profit. Day wants to combine two of her biggest passions; sports and her LDS faith. She wants to organize free sports clinics during the summer in under-privileged areas all over the world, then in the evenings have inspirational firesides for the youth who have participated in the clinics. She’s also working on a clothing line that would be for everyone, but it will include “chemo shirts” with easy access to picc lines for cancer patients during chemotherapy.

Day isn’t wasting any of the “bonus” days she has left. She recently moved to Lehi to be closer to her doctors and family. Her message of hope and resilience is just the thing to remind people to do what’s important and not to waste time. And to stop cleaning the house.