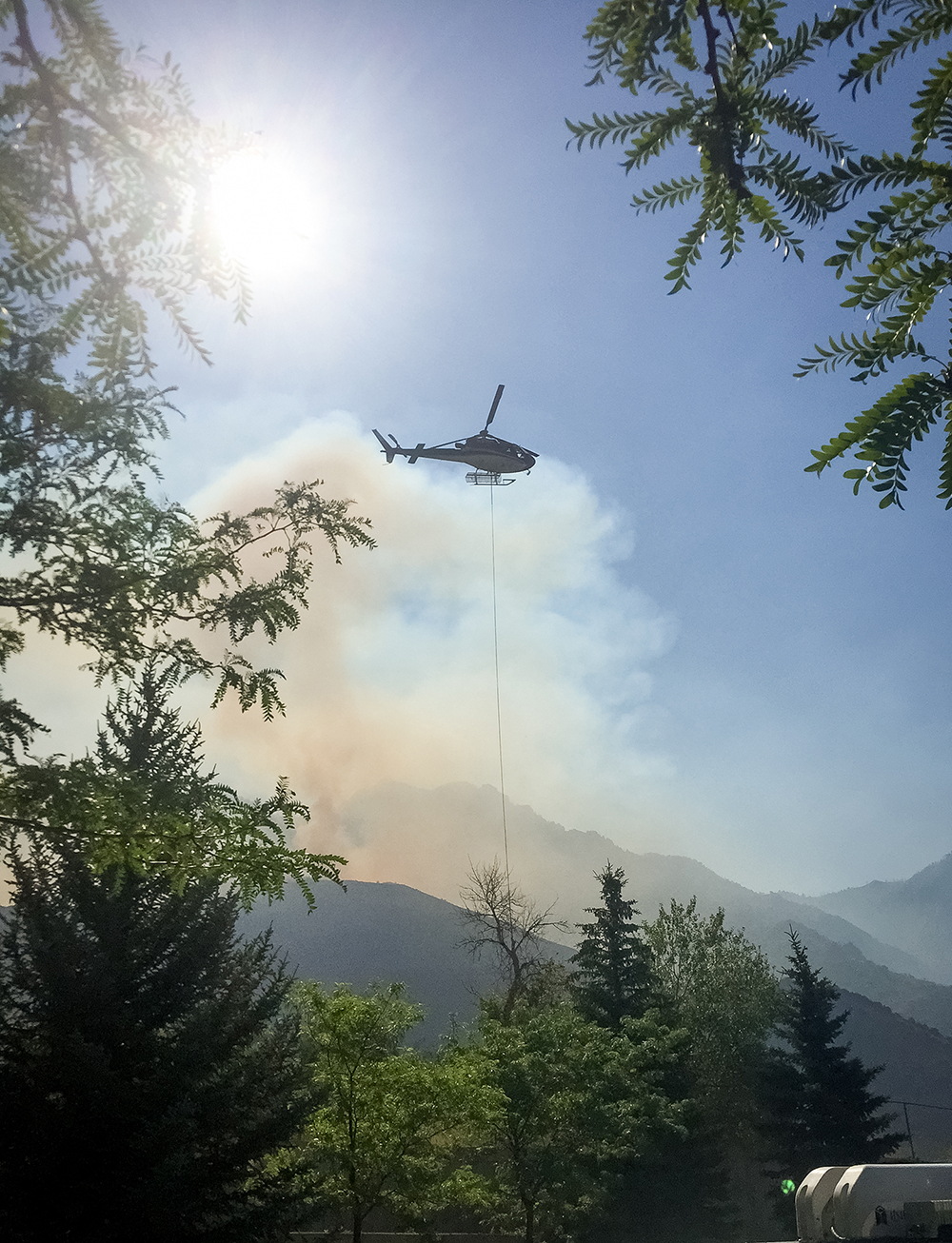 Saturday, July 15th around 8:00 p.m., the Lone Peak Fire Department responded to a call about a fire spotted near Alpine. The “Water Tower” fire initially burned 90 acres on the first night and has now burned up to 397 acres, with the fire still spreading slowly.
The fire started at an upward slope, but moved downward around 3 a.m. Sunday towards the valley, which caused fire officials to evacuate 25 homes. Approximately 120 people were relocated to Alpine City Hall where Red Cross volunteers were organized. The streets evacuated were: Preston Drive, Golden Eagle Circle, and Bald Mountain Circle. Residents on these streets were allowed back in their homes on Sunday afternoon. As of 3 p.m. on Monday, the fire was 25% contained.
Fire officials said that since they responded when it was dark, rather than waste time flying aircraft to determine the extent of the fire, the department started using aircraft first thing on Sunday morning to extinguish the blaze with water. Smoke has been diminishing by the hour which is looking good for residents and crews still working to suppress the fire
According to Shayne Ward, Public Information Officer from Lone Peak Fire Department, “We want 100% suppression–we’re not going to let this thing burn at all, we’re getting anybody from airplanes in the sky, to helicopters, to hot-shot crews on the ground, to engines on the ground–anything we can to get this thing out. Our number one priority right now is public safety–making sure the areas around the homes are safe and secure.”
The cause was deemed to be a group of four people who were target shooting. Several fire departments from all over Utah Valley assisted in the effort including National Guard, federal agents, National Forest Service, and several local fire departments.
Ward encouraged people to use extreme caution, “We’re in triple digit heat right now, anything that can throw a spark or is a heat source can cause a fire. People are being too careless, they were just having fun shooting, but there’s a time and place for it, and up against a mountain with dry brush is not the place.”