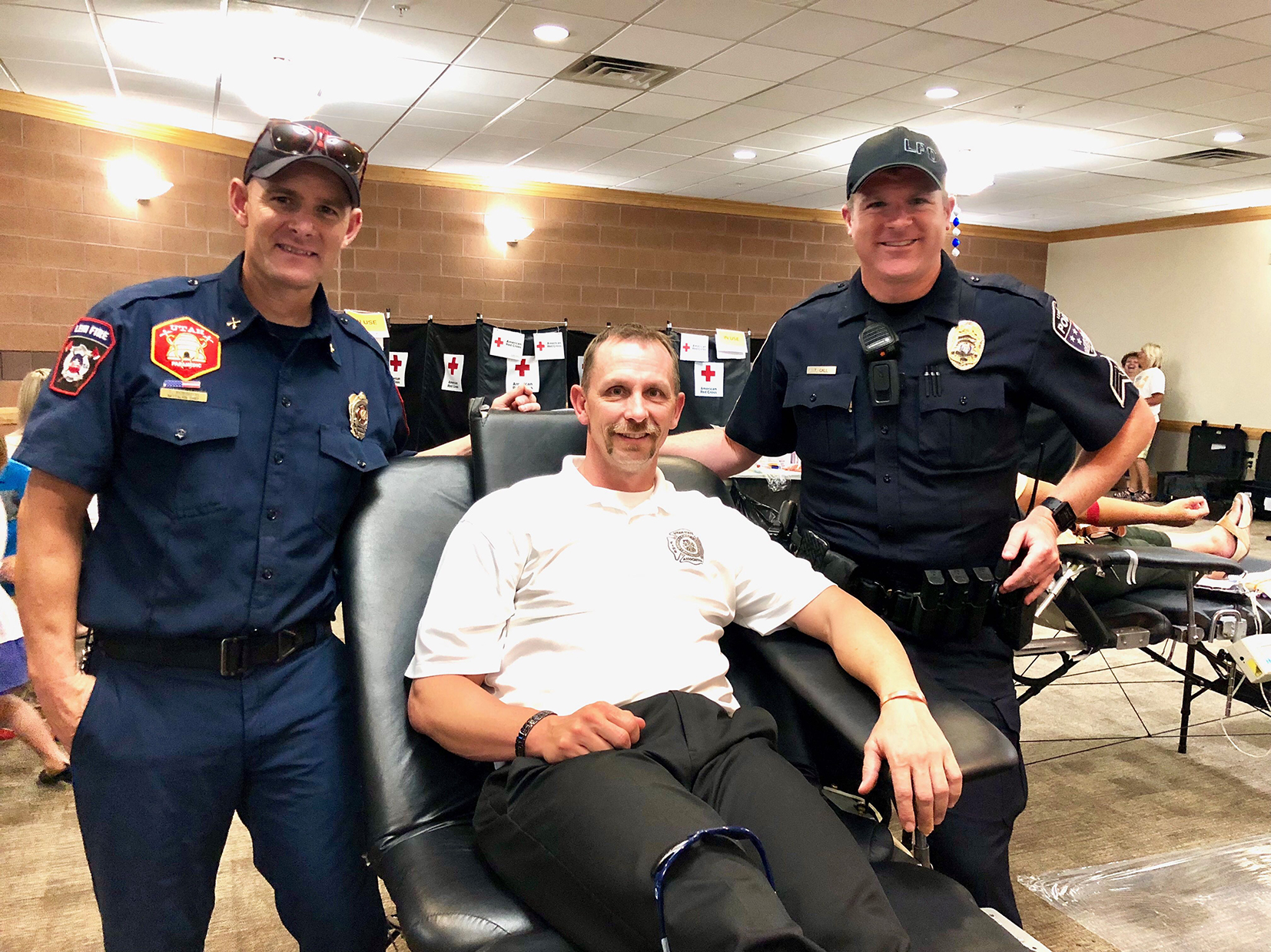 “We were so happy with the turnout for the blood drive,” said Lehi Police Sergeant, Chad Ray.  “At the end of the day we had nearly 100 donors who responded to the call, which is about four times the number of donors the Red Cross has had in the past for other Battle of the Badge events,” Ray said.

Last week’s, Battle of the Badge blood drive, was a “friendly” competition between the Lehi Fire Department and the Lehi Police Department to see which group could round up the most blood donors at the six-hour event. When all was said and done, the Police won the bragging rights with 64 donors compared to the fire department’s 31. “We plan on making this an annual event,” said Ray.  “We are happy for the support the community and the two departments gave in donating their life-saving blood.”

City celebration offers something for everyone