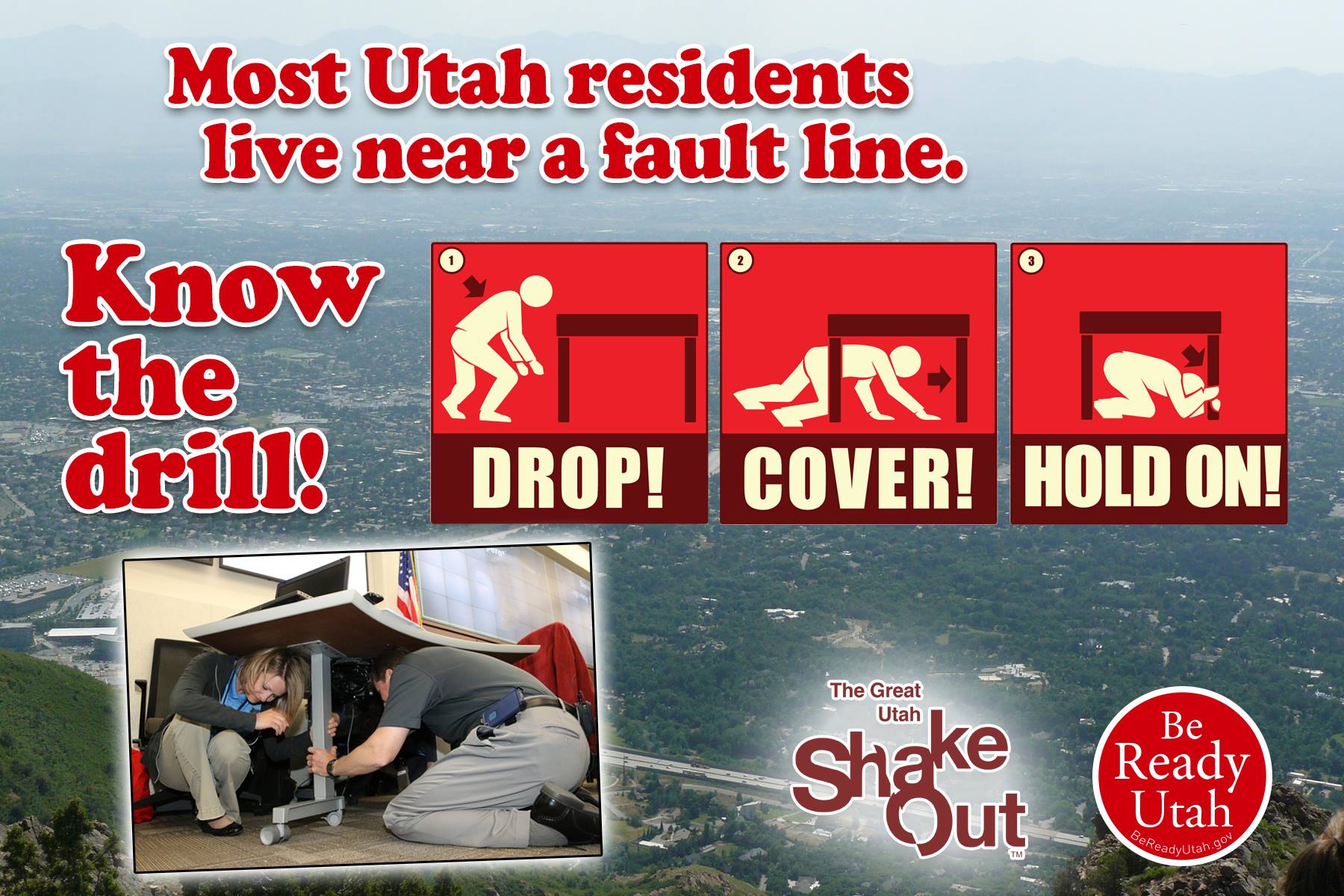 How to stay safe during an earthquake

If you found yourself on Google searching, “what to do during an earthquake” early Friday morning, you’re not alone. Two earthquakes, registered at 3.3 and 3.8 magnitudes, were felt by Lehi residents around 5 a.m. The epicenter of the quakes was Bluffdale. Facebook, Instagram, and Twitter feeds were flooded with neighbors and friends asking who else felt the shake. For native Utahns, an earthquake is a rare feeling, and this was a first for many. It left many people wondering, “Is my family ready? Would we know what to do in a bigger quake?”

According to the Earthquake Country Alliance website, in most situations, you can reduce your chance of injury if you:

Experts and rescuers agree: the drop, cover, and hold-on method is the best way to decrease the chance of injury during an earthquake. The biggest risk during a quake comes from falling and flying objects. According to the website, “studies of injuries and deaths caused by earthquakes over the last several decades show that you are much more likely to be injured by falling or flying objects (TVs, lamps, glass, bookcases) than to die in a collapsed building.”

If you’re in bed, like most people were last week, the experts said to stay there and lie face down to protect vital organs. Cover your head and neck with a pillow.

Having an emergency plan with your family is something everyone can do before the next earthquake hits. Battalion Chief Jim Robertson, with the Lehi Fire Department, said a 72-hour kit is a great idea for families. “If there’s a big earthquake, emergency responders will be doing their best to get to everyone, but it would be best for people to be prepared until we can reach them.” Robertson recommended food, water, and other items found in a common 72-hour kit. He said Lehi City does have a plan and all departments have been through emergency plan training.