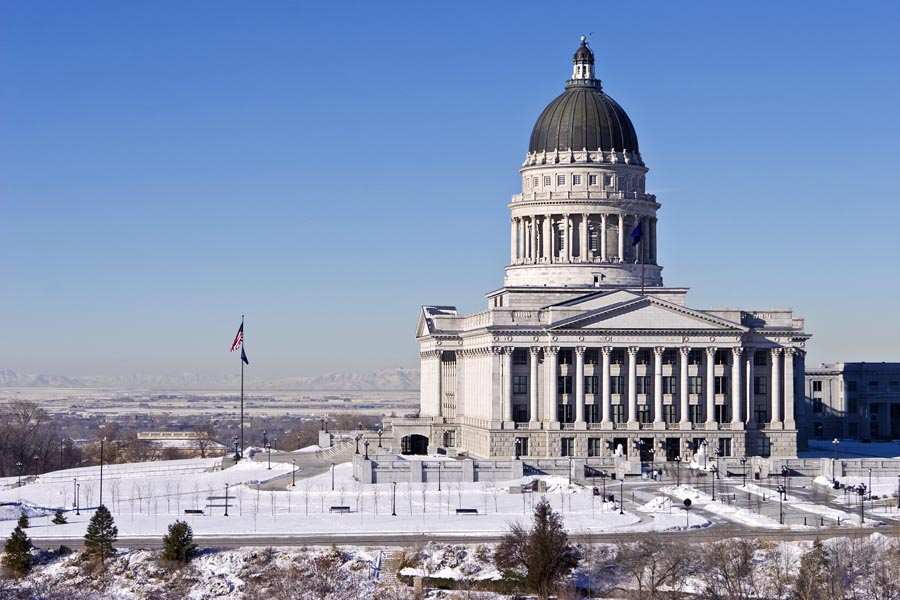 Lehi Legislators tackle a variety of issues in week three

Lehi’s legislators spent the third week of the Utah legislative session working on a variety of issues ranging from affordable housing requirements to Second Amendment protections to teacher salaries and financial literacy.

“Affordable housing” is a major focus of Senator Jake Anderegg (SD 13), who serves as chair of the Utah Commission on Housing Affordability. SB 34, which would require municipalities to zone for “affordable housing” if they want to qualify for prioritization of transportation funds, passed the Senate 20-9.

There was heated discussion about this bill on Anderegg’s Facebook page, drawing 164 comments from constituents, legislators, former legislators, and other interested Utahns.

The definition of “affordable housing” was questioned and debated. Some decried the bill as the state manipulating cities and “holding our tax dollars hostage unless we plan our cities how they want us to.” Others praised the approach as a sensible way to encourage forward-thinking city planning.

Anderegg rejected the accusation of many that the bill is overreaching or anti-free market. He said it is, “Pushing cities to plan better. We are just trying to help them tie [their] zoning decisions to transportation funding. Cities are still free to do whatever they want, but they may receive a lower prioritization if they choose not to zone.”

Anderegg’s bill to require cities to meter secondary water, SB 52, passed out of committee 8-1. He said there may be some adjustments on it, such as excluding small cities or extending the window for implementing metering from ten years to 20 years. “We just want to get them started with grant funding. The reason to push this bill is because of growth.” He said metering provides “the biggest bang for the buck” in reducing water usage.

He also introduced a bill to protect the residential address of political candidates. SB 163 would change the current requirement that a candidate’s residential address be publicly available to allow that information to be kept private so long as the candidate provides another address or phone number at which he or she can be contacted.

Multiple legislators have had uncomfortable situations in which individuals came to their homes in a threatening manner. He said he was motivated because, “In today’s society, with how crazy things are getting, with how unstable things are, candidates shouldn’t have to risk their family’s safety in order to run or serve.”

Representative Cory Maloy (HD 6) said he was pleased with the unity he saw among his fellow Republican Party members in the House last week on some notable bills: his own self-defense bill, HB 114, his resolution protecting gun rights, HJR 7, and Rep. Karianne Lisonbee’s HB 166, Down Syndrome Nondiscrimination Abortion Act.

Maloy’s HB 114, which states an individual is not obligated to retreat when threatened by an intruder, passed out of committee along party lines, with all Republicans voting for it and all Democrats against it.

HJR 7, Joint Resolution on Existing Weapons Restrictions, takes a stand against so-called “red flag laws” by recognizing current laws in place to protect Utahns from criminals with firearms. The resolution passed the House along party lines with one Republican, Stephen Handy of Layton, voting against it. Handy is running a “red flag” bill.

All Republican House members, which includes the three representatives from Lehi, voted for the Down Syndrome Nondiscrimination bill, which has received national attention from groups that follow abortion legislation. It would require the provision of information about support groups and other resources to parents who find out they’re expecting a baby with Down Syndrome, and outlaw abortion when Downs is the sole reason. It is now being considered in the Senate.

Maloy spoke to the Utah County Republican Women last week. He praised their work for the party and told them, “There is a blue haze over the state of Utah, and that blue haze is the left trying to bring all these things into Utah. For too long Republicans have been dancing around these issues.” He spoke forcefully about the need for elected officials to stand boldly for the principles they were elected on.

Representative Kay Christofferson (HD 56) made adjustments to a bill he has worked for three years to pass, Teacher Salary Supplements, HB 236. Each year he has found the legislature lacking the will to provide the funding. Last week he revised the bill by paring down the group of eligible teachers.

In its original form, it would have provided salary increase awards to qualifying teachers in special education and STEM (Science, Technology, Engineering, and Math) subjects, a plan which was given a $17 million price tag. The revised bill will provide salary supplements only for teachers who have been working in those subjects for at least ten years.

“It isn’t what I wanted, but it gets them started,” Christofferson said. “As funds become available, we would like to drop that so it’s five years,” and eventually all teachers regardless of time worked. The bill has been officially introduced and Christofferson expected it to be heard in committee this week.

He also introduced HB 349, State Building Amendments, another of his focus bills. It aims to keep state agencies accountable for the funds they spend on building use. He said that some state agencies don’t keep track of their rental costs and fees and this bill would require them to account for those.

After a series of meetings involving multiple government stakeholders, the decision has been reached to have the Division of Facilities Construction and Management (DFCM) charge agencies rent. He said it would take a few years to get agencies to the point of paying their full rent, but HB 349 would get that ball rolling.

Representative Jefferson Moss (HD 2) focused much of his work on HB 286, Financial and Economic Literacy Education Amendments. The bill would require students graduating from Utah high schools to recognize and compare the differences between economic systems, such as socialism, communism, and capitalism.

“We really need this bill. A surprising number of our kids don’t understand what it means to be a free market system,” he said. He is concerned that young people are being persuaded that socialism is a desirable system by the “free this, free that” promised by its advocates.

He wants to “make sure…our kids are going to understand very well what those different systems are and how that affects your economy.” He said even though it may seem like a very simple bill, it’s important. It passed the House committee with a unanimous vote.

Another of Moss’ focus bills, HB 48, deals with school trust fund management and has been in the works for several years. Moss called it the “SITFO bill.” It implements, in code, a change that was made to the Utah constitution three years ago for the management of funds administered by the School Institutional Trust Fund Office.

He said under the provisions of the bill, “We can manage the fund more appropriately for a long-term endowment to really grow it, and at the same time [the constitutional change] did increase the amount that we can distribute out.”