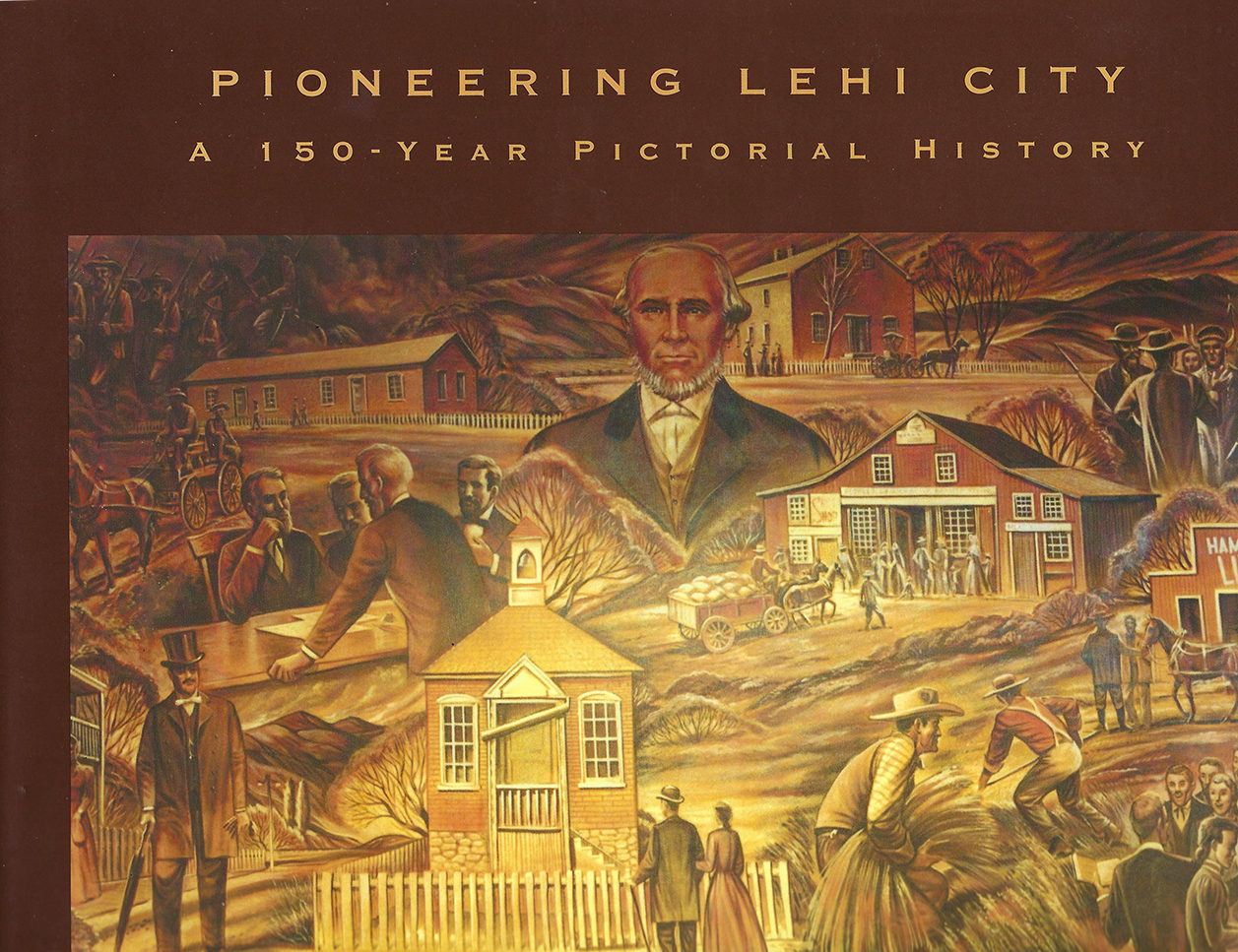 Sitting on a shelf in the Lehi Free Press office are two books that are perused almost weekly for historical facts, stories, and pictures. The books were the work of a lifetime for the late Lehi native, Richard S. Van Wagoner. The books Lehi: Portraits of a Utah Town and Pioneering Lehi City have provided Lehi residents a rich resource of stories, events, and pictures of Lehi’s pioneer heritage and life in the small agrarian community.

Richard was born to Alvah Ephraim Van Wagoner and Ethel Gayle Smith Julian Van Wagoner on July 23, 1946. He was always a highly motivated student. In his obituary on October 10, 2010, it is written, “He was an Eagle Scout (having earned all 107 merit badges.)” Van Wagoner graduated from Lehi High School and served a mission for The Church of Jesus Christ of Latter-day Saints in the Central States. He received an MS degree from BYU in 1970.

Van Wagoner was a trained clinical audiologist and owner of Mountain West Hearing Center in Salt Lake City. His real passion, however, was collecting and writing about Utah’s rich history. He co-authored with Steven A. Walker, A Book of Mormons. He also wrote Mormon Polygamy, Sidney Rigdon, A Portrait of Religious Excess, for which he won the John Whitmer Historical Association and Mormon History Association award for history and Mormon History Association’s “Best Biography in the field of Mormon History in 1995.” At the time of his unexpected passing, he had just completedthe first volume of a three-volume set, a biography of Joseph Smith. Martha Sonntag Bradley, the co-author of the series, a professor of architecture at the University of Utah and Dean of the Honors College, said regarding Van Wagoner in his Deseret News obituary, “He was the most meticulous researcher I’ve ever met. The search was always something exciting for him.”

Van Wagoner’s publisher, Signature Books, said, “He was a trailblazer in Mormon studies and described him as engaging, caring, inquisitive—a beautiful individual!”

Always involved in Lehi’s history other than writing about it, he was instrumental in the restoration of the Veterans Memorial Building and the Old Lehi Railroad Station. He was named Lehi’s first archivist.

Fellow Lehian, Max Evans, Director of the Utah State Historical Society wrote in the foreword of Lehi, Portraits of a Utah Town, “Van Wagoner has brought a wealth of knowledge of Mormon history and Utah history to this volume and has placed Lehi’s story into a historical context. The events that shaped the community were often dramatic, worthy of the theater or at least a good western novel.”

Finally, Michael O. Leavitt, former Governor of the State of Utah wrote in the foreword of Pioneering Lehi City, written for Lehi’s Centennial year, “Through the years, thousands of people have called Lehi home. In 1911 the theme of Lehi’s Homecoming Celebration was ‘Lehi is a Good Place to Live.’ I think that slogan is just as appropriate today as it was then—thanks to community members who care about their town and neighbors. Capturing Lehi’s history in this new historical photograph book is a wonderful example of preserving the past for generations to come.”

The citizens of Lehi owe a debt of gratitude to Van Wagoner for chronicling the unique heritage of Lehi and for capturing the stories of tragedy, comedy, and poignantly remembering the lives of all who called Lehi their home. We are all richer for his work.