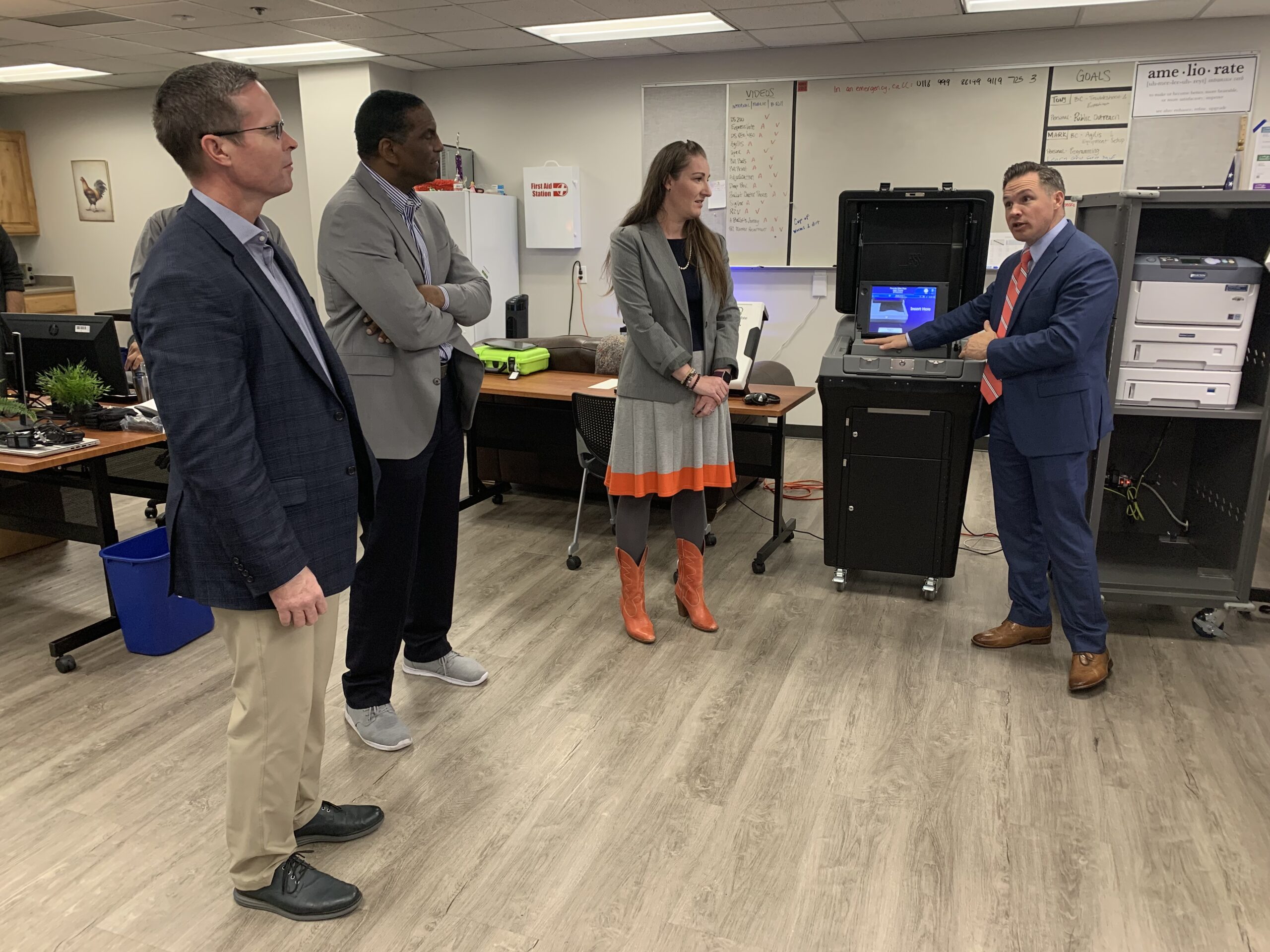 Election integrity has been a top-line issue for over a year now. With public distrust of the election process at an all-time high, officials are continually working to educate and ensure that America’s most civic duty of voting is secure.

On Wednesday, Ranking Member of the House Administration Committee, Rodney Davis (R) from Illinois’13th District, made a stop in Provo during his “Faith in Elections Project” tour, accompanied by Utah’s John Curtis (UT3) and Burgess Owens (UT4).

The “Faith in Elections Project,” launched by Davis, is an initiative to promote voter confidence in election systems and outcomes through education, engagement, and reform. This year, Davis is traveling across the Country to meet with other House of Representative members and their state and local election officials, state legislators and others to learn about their election processes and discuss ideas for state-level reform and removal of federal impediments.

“Our goal is to take what you’re doing here and then talk about what works in our Country. Unfortunately, the discussion in today’s world is always about someone else doing things wrong. Everywhere you go, the common theme is, ‘we do it right here, but over there, they have to have it screwed up,’” said Davis in his opening remarks.

“Our goal in the end is to talk about what we saw in Alaska, Ohio, New York, Utah, Iowa and everywhere and put it all together. We need to give every American faith in our electoral system,” continued Davis.

“People need to be able to walk away and say, ‘you know what, we didn’t win, but it was fair.’ Utah does a great job of that,” said Representative Owens during his opening remarks when welcoming Davis to Utah. Owens won Utah’s Fourth Congressional District in 2020 by a margin of just over 3,000 votes, while former Congressman Ben McAdams won by an even fewer margin (700 votes) in 2018.

Once deemed the “epicenter of dysfunction” by former Governor Gary Herbert, the Utah County Elections department has dramatically improved recently, with new funding and leadership.

–   Ballot pick-up teams of two or more, along with GPS tracking and weight metrics

Along with the logistical processes enacted by the Elections Department, the Utah County elections team has taken transparency a step further.

During the 2020 election, the public saw videos and photographs from across the Country with hidden, obscured, or covered windows inside election centers.

Utah County officials had a wall of windows installed to allow the full public viewing of the elections center. In addition, they added a TV monitor to the viewing area, which displayed a continuous slideshow of live images from cameras installed inside the room so that viewers could view areas not visible from the window.

“During the 2020 election, we had a staff member from Ben McAdams’ team in the viewing area to watch counting for three days. We made sure he was comfortable and even added him to our lunch runs each day. We welcome anyone who wants to watch the process,” said Daniels.

The Utah County Elections Department has won several national awards for voter accessibility, most recently receiving an A rating from the Brookings Institute.

“With our vote centers, you can go to any vote center on Election Day and vote from any precinct. So, I can service any resident of the County at any location. We can do that effectively because we print ballots on demand. We print a ballot for you when you show up to the polls. We want our voters to have the same experience, whether voting at home or a voting center,” said Daniels.

“This is Utah, and our entrepreneurial culture keeps us always looking for new and innovative ways to improve and deliver a better experience to our residents,” added Daniels.

Voters responded well to Utah County’s voting process improvements in the 2020 election, resulting in a record turnout. Voting lines were under 15 minutes countywide, and Utah County saw a voter turnout of 89% in the 2020 presidential election, with 291,159 ballots cast out of 326,485 active voters.