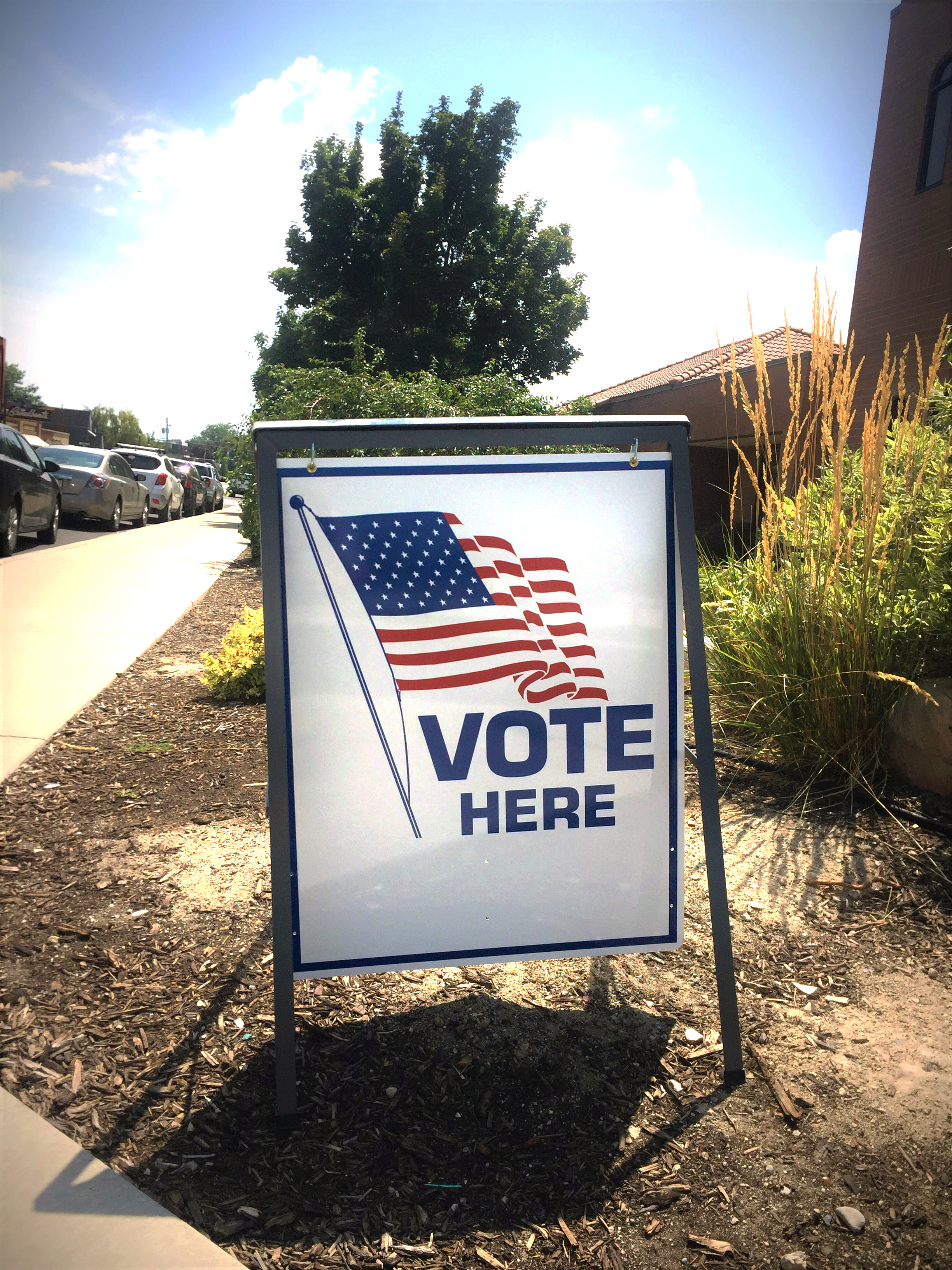 The Lehi Free Press hosted and moderated a debate between the two candidates for Mayor of Lehi City, incumbent Mark Johnson and challenger Jesse Riddle, at Traverse Mountain Elementary on Wednesday, Oct. 13. Residents submitted questions for the candidates in the weeks leading up to the debate.

Riddle and Johnson tackled questions on the PARC tax, their leadership style, health concerns associated with the mining in Traverse Mountain, the possible extension of Clubhouse Drive, water rights and the role of mayor.

Moderator Skyler Beltran asked Riddle, “In your time in Lehi can you share an example of a local issue you’ve been concerned about and have brought to City Council for a resolution? If not, how have you served Lehi City in the past?”

“I have not been involved in a local issue with Lehi City. I have tried to stay away from government at all costs,” Riddle answered. He continued, “I decided to run for mayor because I hear so many complaints that our city officials aren’t listening.”

The candidates were asked for specific ideas to solve traffic problems in Lehi,

“We keep compounding our traffic issues. The first thing we need to do is when we decide to put more units on Main Street, for example, we need to go down there at five o’clock and see how it’s going to impact the area. A good way to do that is to go up to the windows of the people who live there and ask if they like the traffic now,” Riddle began. “Our city leaders want to put 2,000 more units in that area. We need to have common sense and not compound the problems we already have.”

Mayor Johnson said, “We’re working on a new Transportation Plan, and I think there are some things in it that will surprise a few people. 2100 North shouldn’t be a freeway. We need a freeway at 4800 North – that’s at Point of the Mountain. One of the problems in Lehi is people coming through to get to Eagle Mountain and Saratoga Springs. We have a plan, and it will work.”

Regarding the PARC tax (Proposition 7) on the ballot, Jesse Riddle said, “This is an easy one. The people have a right to vote for a tax against them, but taxes always hurt the low income. We need to be careful passing a tax even if it’s for a noble purpose. I believe there are other ways to fund our parks. What it means is our city government has run out of ideas.”

“I’m in favor of the PARC tax. It is not on necessary items like gasoline and groceries. It’s one cent on every ten dollars spent in Lehi,” said Mayor Johnson. “A study of our land use several years ago found that we are sorely lacking in park space compared to the national standard. Since then we’ve acquired over 230 acres of land that we can build on. This tax is necessary to build those parks. With the tax we can accelerate the development of the parks. The most important factor with the PARC tax is that we can bond against it. We can borrow against just that tax.”

A few residents submitted questions about the material extraction/mining in Traverse Mountain and associated health concerns. In Mayor Johnson’s response he said, “I want to be clear; Lehi City does not have a health department. Utah County has a health department whose primary function is education. The state of Utah is the only organization that has a health department and it’s very robust. The issues that surround the Traverse Mountain area with sand and gravel operations are issues that have been permitted by the state. Any decisions regarding sand and gravel operations are the state’s, not mine.”

“Lehi City sent out a letter to residents saying the gravel mining is safe, that it’s not dangerous,” Riddle rebutted. “The state asked Lehi not to start the mine until they’d done a more in-depth study. The state told me the other day that the study has not been completed. Mining puts silica dust in the air and it causes lung disease and cancer, and little children are most at risk. Our city allowed the mine in our neighborhood, and they’ll do it again. If you elect these people they will do it again.”

“I have documents up here that state things quite differently. This report from 2018 says that the rate of COPs in Lehi is about half that of the rest of the state. That is from the state’s epidemiologist,” replied Mayor Johnson. He quoted Sam Lafevre from the Utah State Health Department further refuting Riddle’s claim that the state asked Lehi City to stop mining operations in Traverse Mountain. “I have talked to Sam about this on several occasions. The concerns they have never escalated to danger. This is an emotional issue, I get that. I don’t want to be accused of not caring about the health of children.”

Riddle countered that until the study is complete, the city is putting children at risk. “I’m not suggesting our children are at risk, I’m saying the study hasn’t been done,” he said.

“This is not the job of the mayor. This is the job of the state of Utah. They are engaged in this. Anybody who says I can fix this because I’m the mayor does not understand how the state organization works,” Mayor Johnson concluded.

Registered Lehi voters were mailed a ballot last week and have until November 1 to mail their ballot. Ballots may also be returned to the drop box located at City Hall, 153 N. 100 E. until 8 p.m. on Election Day, November 2.