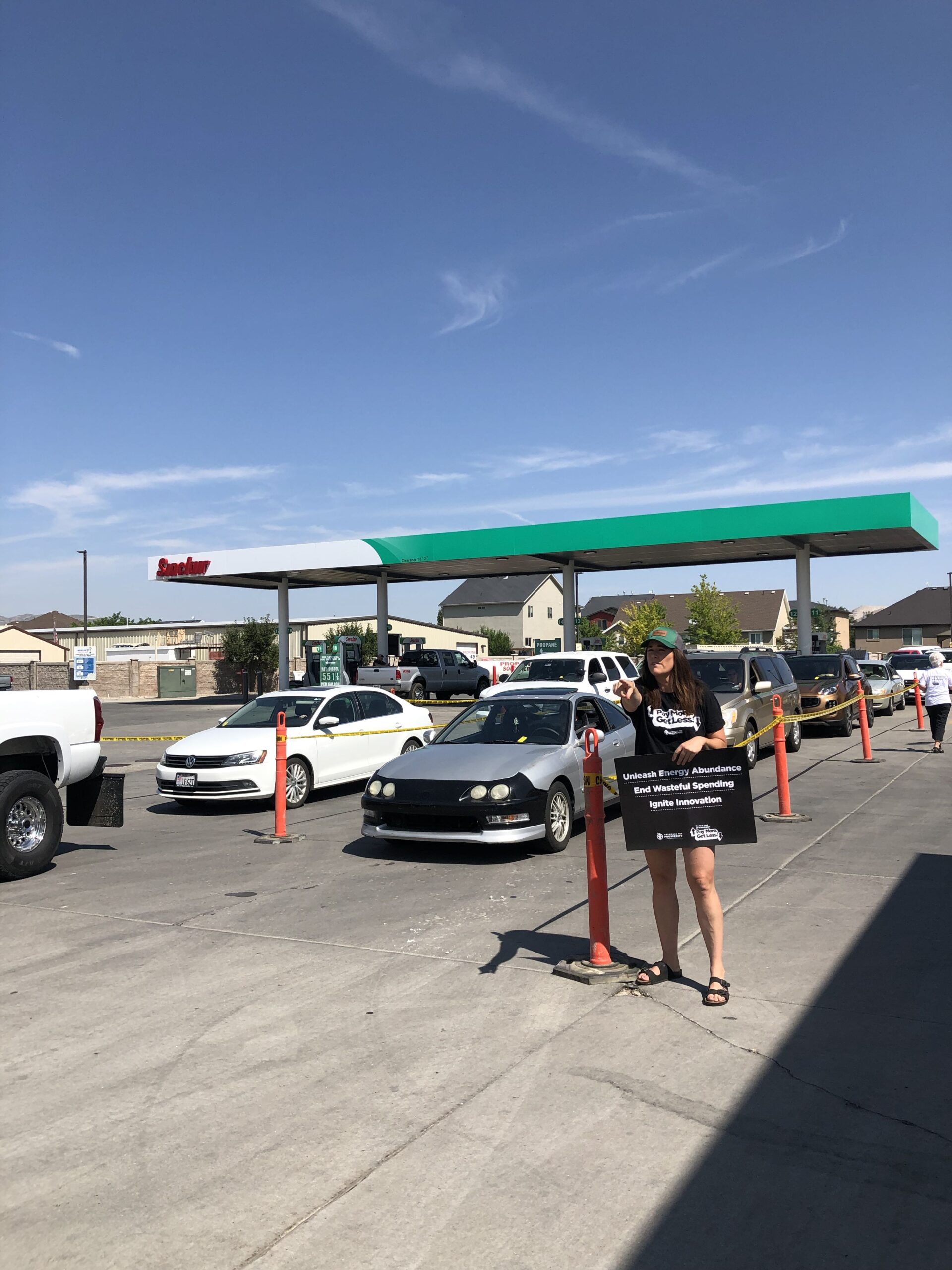 On Tuesday, July 26, for two hours, All About Food and Fuel in Lehi lowered the price of unleaded fuel to $2.38 a gallon—the price was the national average in mid-January 2021. The event occurred for two hours, from 11 a.m. to 1 p.m., at the West Main Street gas and convenience store.

Hundreds of cars lined up for their chance to fill the tank with gas at a low price. Some arrived over an hour early.

The event was organized by Americans for Prosperity, a political advocacy organization headed in Utah by Heather Andrews. “We want to take the message back to Washington that wasteful spending has led to record inflation. The high cost of gas and other goods and services is affecting everyday Utahns,” said Andrews.

Jerry Larson, the owner of All About Food and Fuel, said, “I don’t make money on gas. If I can clear the cost of the credit card processing and the cost of the fuel, I break even.”

Larson said he makes most of his money on convenience store sales but is not making much money these days because customers have reduced their spending. “They are not going to buy anything in the store as long as gas prices keep going up. People only have so much money.”

“There is no reason that gas is as high as it is. It’s the politicians. They shut down the pipeline. They shut down fracking–to hurt the American public and to get people to buy electric cars. I don’t know,” added Larson.

According to Americans for Prosperity, prices have increased 10.5 percent from January 2021 to April 2022, costing the average American household $569 last month alone. Families in the Mountain West (Arizona, Colorado, Idaho, Montana, Nevada, New Mexico, Utah, and Wyoming) face the highest inflation rates, with prices today 12.7 percent higher than in January 2021. Inflation costs Utah families $800 more a month and $9603 a year, and in the United States overall, the monthly inflation cost in April 2022 was highest within transportation ($266), followed by energy ($146), food ($69), and shelter ($66).