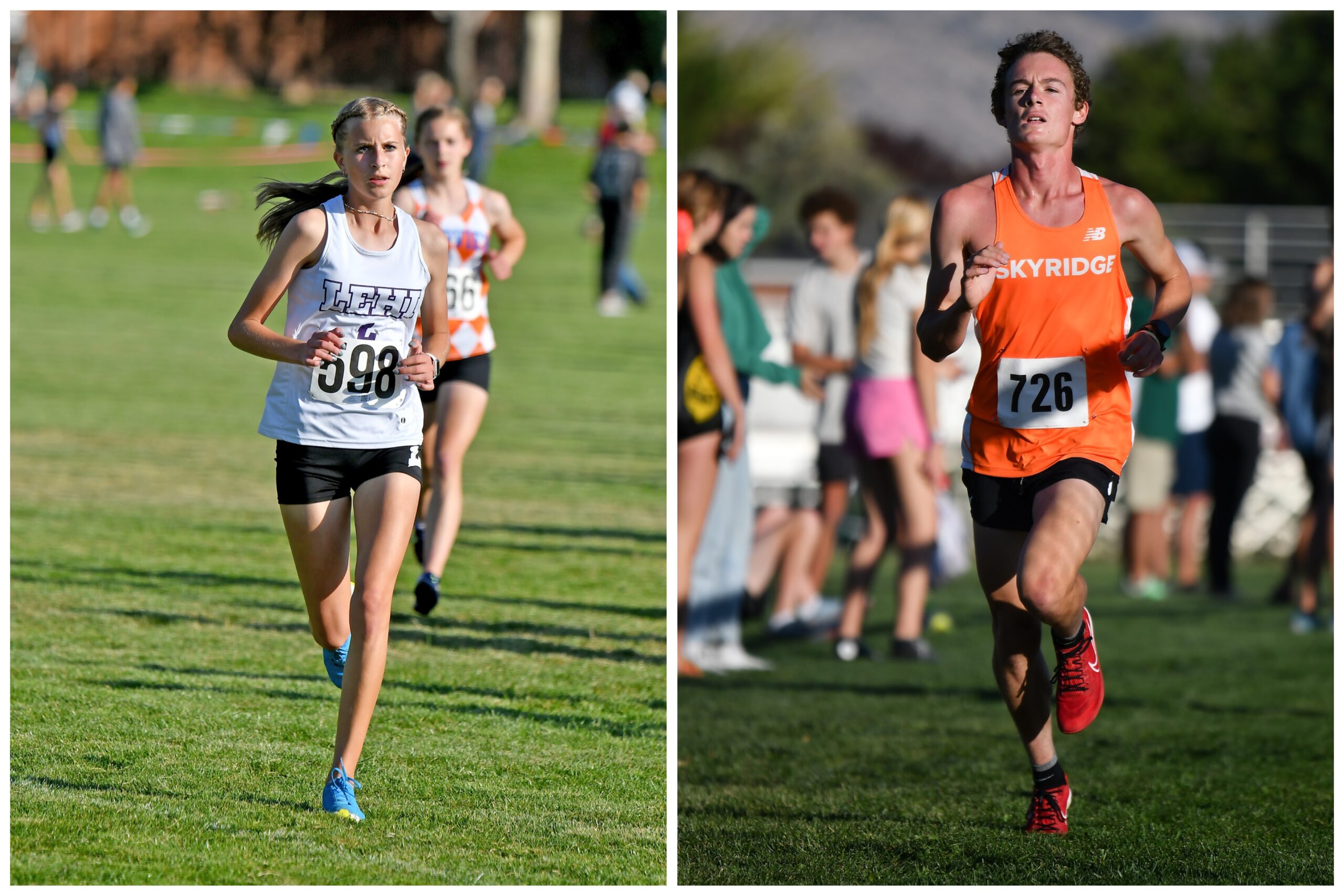 The Lehi Free Press is recognizing the following Lehi-area athletes with the third annual All-City awards for the fall 2022season.

This program is designed to honor the best of our local high school competitors. The selections were made based on nominations from coaches, available statistical information and the results earned by each athlete in state-level competition. Final decisions were made by the newspaper staff.

In this article, we honor competitors from the cross country, girls tennis and boys golf teams. In subsequent weeks, we’ll present our All-City volleyball, girls soccer and football teams.

Graysen Lanenga (Sr. Lehi): Sixth in Region 8, she finished third in the Divisional round and came in fourth at the 5A State final.

Kylie Olsen (Sr. Skyridge): 7th in Region 4, 3rd at Divisionals, 13th at 6A State; also a starter on the soccer team.

Caroline Moon (Sr. Lehi): 17th at Divisionals, 16th at 5A State; also the No. 1 singles player on the varsity tennis team.

Jonah Denison (Sr. Skyridge): Third in Region 4, he came in sixth at Divisionals and finished 14th in the 6A State race.

Savannah Johnson Sr. & Kaia Sperry So. (Skyridge): Seeded No. 1 in the bracket, 6A state champions in #1 Doubles.

Lily Broadbent Sr. & Naomi Johnson So. (Skyridge):  Seeded No. 1 in the bracket, 6A state champions in #2 Doubles.

Bella Lewis So. (Skyridge): Seeded No. 2 at First Singles, earned a silver medal at 6A State.

Andi Armstrong Fr. (Skyridge): Seeded No. 2 at Third Singles, earned a silver medal at 6A State.

Caroline Moon (Sr. Lehi): Seeded No. 10 at State, advanced to the 5A second round.