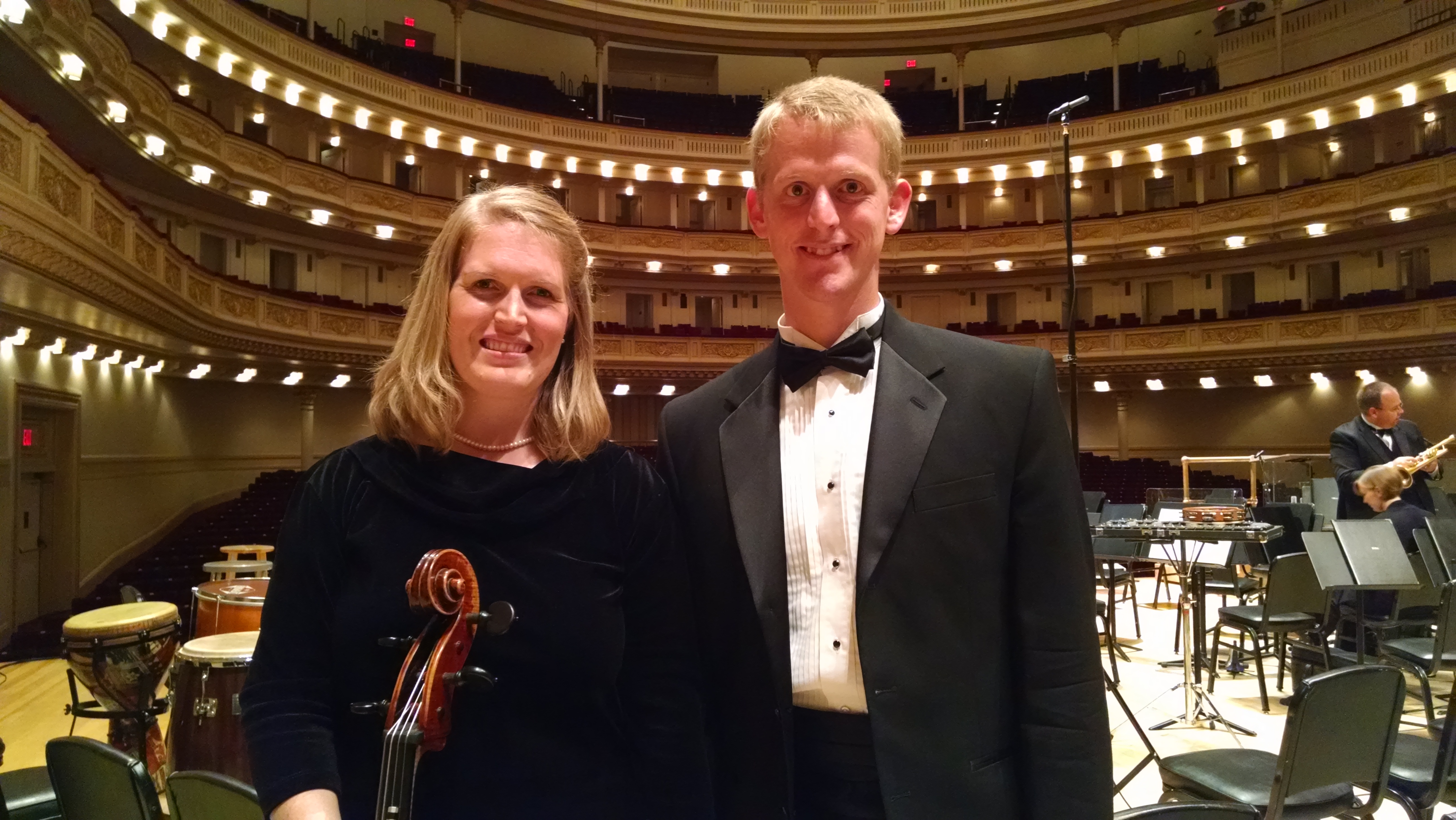 Elizabeth and Greg Marsh have built a life around family and music. Both accomplished musicians and educators, Elizabeth Marsh, principal cellist in the Orchestra at Temple Square, and Greg Marsh, second tenor in the Mormon Tabernacle Choir, are also parents to four young children. The couple recently invited Lehi Free Press into their home to talk about their love of music, their growing family, and their winding path to the altar.

Greg is from Salt Lake City and went to Brigham Young to study Arabic. Elizabeth hails from Payson and Pleasant Grove. She went to University of Southern California to pursue classical cello. Both Greg and Elizabeth went to school on scholarship.

They met in their native Utah, at an LDS General Conference. But one date was as far as they got at that time. Then Greg went to Jordan to study Arabic.

A year later, they ran into each other at temple. Spotting him ahead of her in a line, Elizabeth thought, “Is that… Greg Marsh? I think I know him.”

“We hadn’t seen each other for a year, so we weren’t quite sure,” Greg recalled. “Actually, you saw me. I didn’t see you.”

“That’s right, you didn’t see me that day,” Elizabeth confirmed.

“We dated for a couple of months and then broke up,” said Elizabeth. “Then I went on a Mission to Italy.” Meanwhile, Greg went to graduate school in Jerusalem.

Once she accomplished her mission, Elizabeth returned from Italy, and Greg left Jerusalem for Utah, his studies completed. Travel and schooling behind them, they dated six months before they married in Salt Lake Temple.

The Von Trapps of Lehi

Now they are parents to four children, all under five years of age (one set of twins!). Elizabeth teaches cello; Greg teaches piano. (Elizabeth has a wait list for new cello students, but Greg is always taking new piano students.) Then there’s the busy rehearsal schedule for the Tabernacle Choir and Orchestra: at least one night per week to prepare for the Sunday performance and broadcast, and sometimes every day in preparation for special concerts. How do they do it? Family helps with child care, and there’s plenty of family: Elizabeth is one of six siblings and Greg is one of seven.

“Both of our families are musical, love singing and playing instruments,” Elizabeth said. “That’s kind of where we get our heritage.”

The couple also runs an online shop, www.theclassymusician.com, where they sell stringed instruments and learning materials—including Elizabeth’s own book, The Scale Trail Challenge for the Young Cellist.

“We want to be involved with the choir and orchestra as long as we can. We both really enjoy doing it,” said Greg, who also has ambitions to put his Arabic to use working for the Foreign Service or State Department. “We plan to keep teaching and performing as much as we can in other ways, too.” In fact, you can catch Elizabeth this September, when she will be playing the Dvořák Cello Concerto with the Timpanogos Symphony Orchestra.