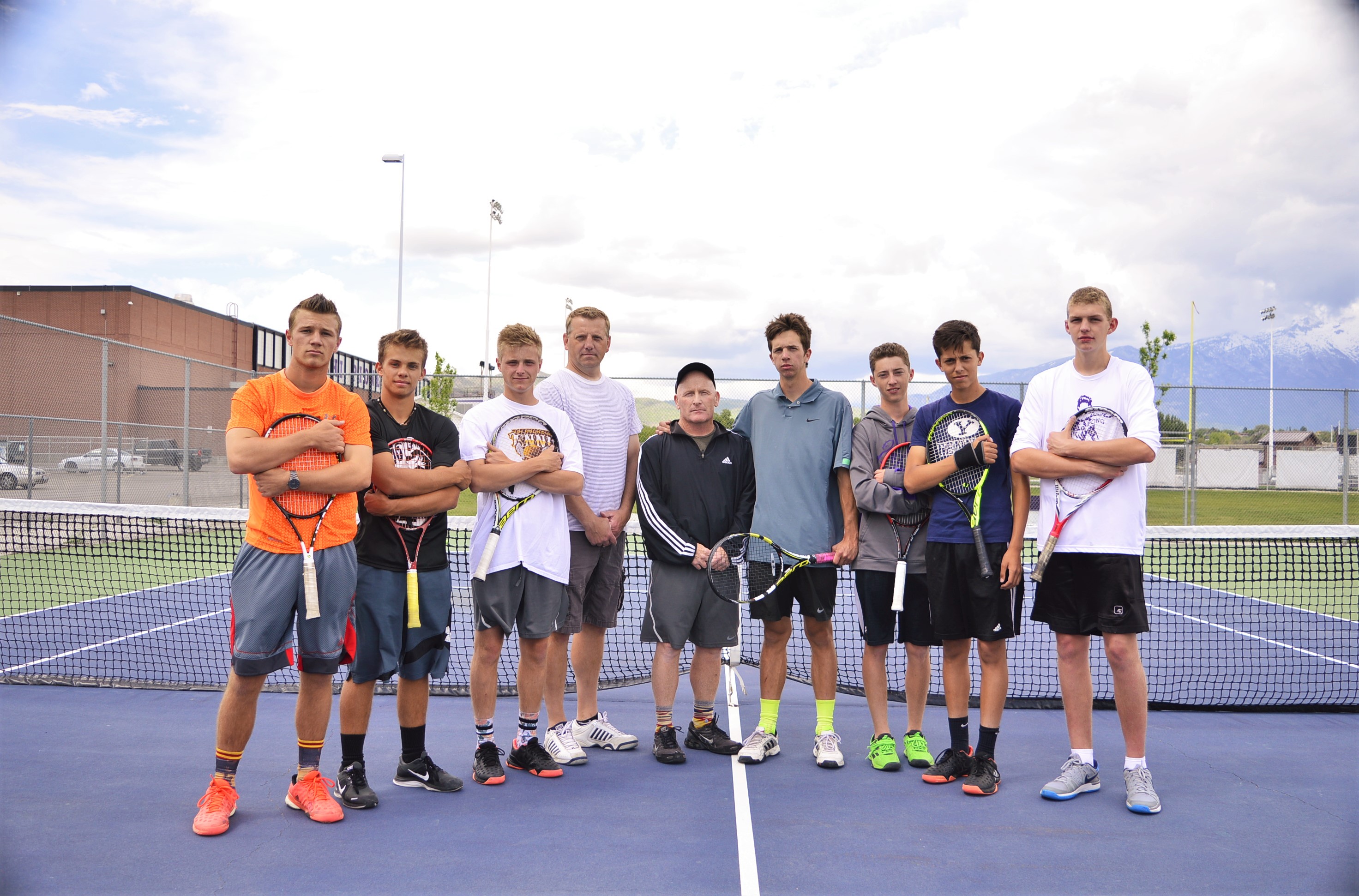 Coach Alan Wofford has been the Boys’ and Girls’ Tennis Coach at Lehi High School for the past 25 years. Those years are filled with incredible memories and even more incredible friendships. Playing tennis brought, and continues to bring, students together at Lehi High School. The friendships that result from being a part of the tennis team are one of Coach Al’s favorite things about the Lehi Tennis program.

One of the greatest friendships produced through Lehi Tennis is between Coach Al Wofford and Greg Lewis, the designated team bus driver. Their bond developed when Lewis took the Lehi Tennis Team to St. George several years ago for the annual “Duel in the Desert” tournament. Coach Wofford asked Lewis to drive the team to all the away matches after that trip and Lewis agreed. The two men have bonded during many hours on the road to tennis matches near and far. Coach Wofford can’t imagine Lehi Tennis without Greg Lewis.

Not only is Al Wofford a dedicated and inspiring tennis coach, he is also a history teacher at Lehi Junior High School. Wofford has a passion for history and has traveled to several different countries all over the world. His teaching career has also helped in his tennis coaching career as well. Wofford has convinced many of his junior high students to try playing tennis and some of those kids are still playing tennis and loving it. One of the students Wofford convinced to give tennis a shot is Tyler Miller, now a senior at Lehi High. Tyler started playing tennis in 8th grade and made the high school team his freshman year. Miller quickly made his way through the team rankings and found himself playing First Varsity Singles as a sophomore, which is extremely rare and difficult to accomplish. Tyler attributes most of his success to Coach Al’s example.

Lehi High School had recently moved from being a 2A school to a 3A school when Wofford started coaching the tennis team.  Lehi is now one of the biggest 5A schools in the state of Utah. Coach Al has watched Lehi City and Lehi High School change and grow exponentially over the last 25 years. “It’s been pretty incredible just because there are so many more kids and the competition has also gotten a lot better.” What has kept Coach Al coming back year after year to coach tennis? “What keeps me coming back is the players. I think I’m biased, but we have the best kids in Utah. Coaches from other schools have commented to me that Lehi tennis players have a lot of school spirit, they support each other and they’re good sports. I like it when everyone thanks the bus drivers and thanks the people who run the tournaments. Also, we are always competitive.”

When asked to share some wisdom he’s gained over the last 25 years, Coach Al said, “One thing I’ve noticed, whether it’s in a practice or in a match, if a person is willing to work hard and play hard they can actually compensate for a lot of other areas that they might be deficient in. I just think that the idea of a person working hard, doing all they can to win, is something that transfers into everything that you do.”

One of the things Coach Al liked to say to his players before a tennis match, with that contagious grin on his face, was “Go. Fight. Win.” That is what Lehi Tennis is really all about and what Coach Al Wofford has implemented into the tennis program of Lehi High School.

The hundreds of current and past Lehi tennis players are grateful for the dedication, the inspiration, and the friendship that Coach Alan Wofford has exemplified in his coaching career. His players can count on seeing him on the historic Lehi High School tennis courts right off noisy Main Street running a game of Offense/Defense and they know they can stop and catch up with not just a former coach, but a friend.

Thank you Alan Wofford for 25 years of unwavering dedication to the Lehi High School Tennis Team!