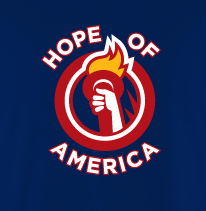 Recently the Kiwanis Club of Westlake chose sixth graders from Lehi, Saratoga Springs, and Eagle Mountain as “Hope of America” winners. In May the club worked with 20 elementary school principals and their sixth grade teachers to co-ordinate the selection of this year’s 156 Hope of America Award recipients.

The club has been giving out The Hope of America Award since 2011. The award is presented to those students who demonstrate leadership, good character, scholarship, and a willingness to serve others. Each sixth grade teacher selects two students from their class who have shown these characteristics during the year. The awards were presented in end-of-the-year ceremonies to the students by the Kiwanis members and their teachers.

According to Kiwanis club president, Robin DePalma, “In our county, we need more people making good choices like these students. More people choosing to lift others, to work hard, and to do service for others and the community. This is what the Hope of America Award is about and this is why these great kids are being recognized with this award.”

Recipients this year from Lehi elementary schools are:

Kiwanis club members serve throughout our community in many ways such as participating twice a year in Reading is Fundamental at the Lehi Head Start, feeding the homeless at the Food and Care Coalition in Provo once a month and donating to Kiwanis international’s effort to eliminate maternal neo-natal tetanus. Club members enjoy these and many other social activities during the year as they serve.

Congratulations and thank you for representing Lehi so well!