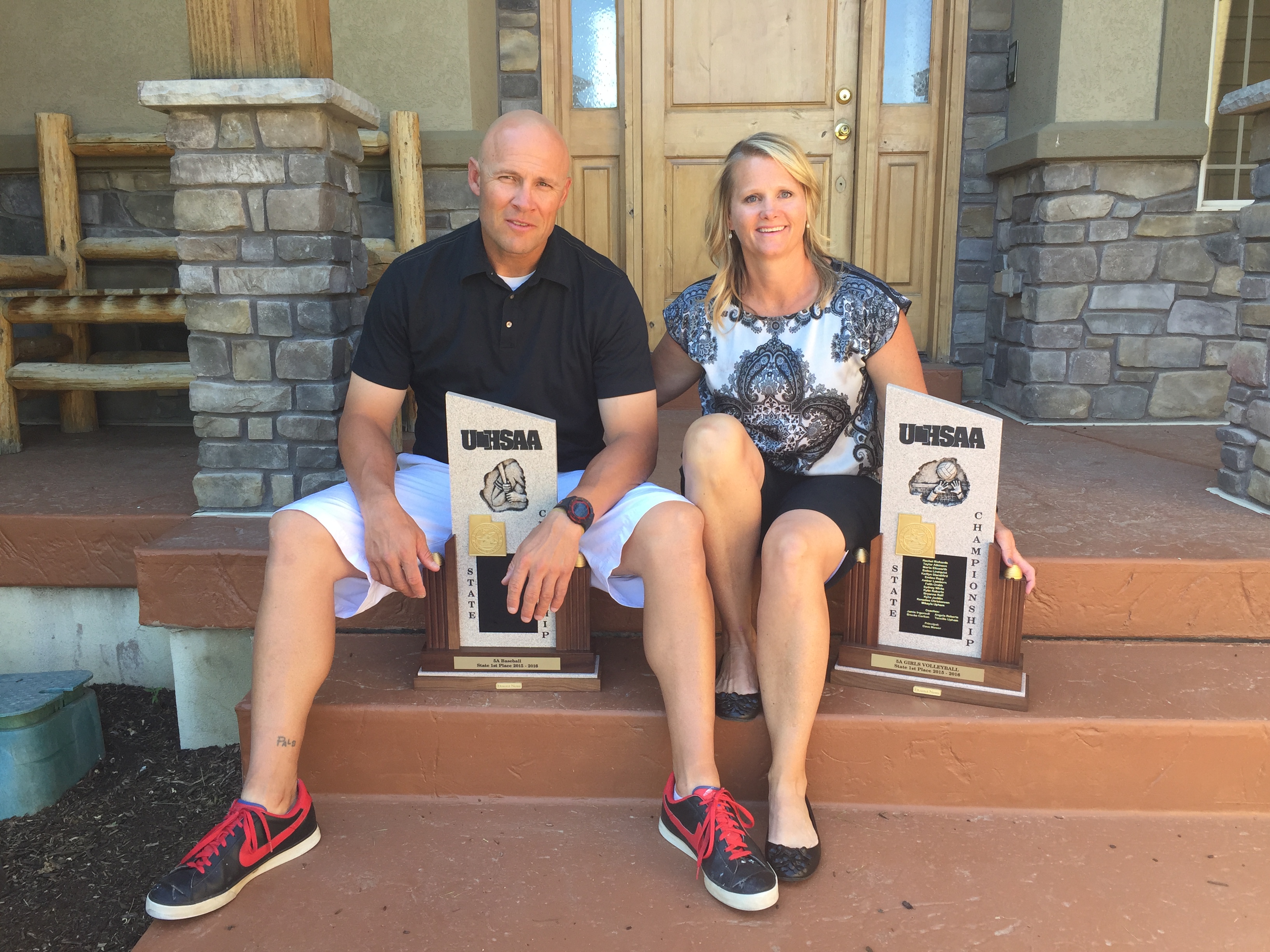 Very few people get to experience the excitement of taking a state high school championship, but what is it like for a family who’s led by two state championship head coaches? Jarod and Jamie Jacobson Ingersoll are Lehi residents who both coached their teams to a state championship in the 2015-2016 school year.

Jamie was the head volleyball coach at Lehi High School for 12 years. She decided to retire as head coach after a perfect ending by taking the state title in 5A volleyball her last season. Jarod is the head coach for American Fork High School baseball. He’s coached his way to two state titles, first in 2012 and his second, just weeks ago in the 2016 season. So what’s it like for these two?

“We can’t even play scrabble against each other,” Jamie told the Lehi Free Press. Jamie and Jarod said that they are both extremely competitive, even when it comes to playing games at home. “It’s good when we’re on the same team,” Jamie jokingly tells us.

But when it comes to coaching, both Jamie and Jarod say they benefit from being married to another head coach. They tell us they bounce ideas off each other often and that it’s nice to talk to someone who understands how the other feels. After all, who better understands what a head coach is feeling, than another head coach?

Jarod told us he “gets way more nervous watching her games than I do coaching my own.” The support they give each other is incredible. Supporting each other is crucial especially when it comes to juggling their coaching schedules as well as their three sons’ sporting events. They even say that some of their coaching methods help them parent their sons. Jamie explained the “T.O.B (transfer of blame) rule.” This is a coaching method used to get athletes to be accountable and not place blame on someone else, but Jamie tells us it works perfectly at home as well. She tells us she and Jarod always own up to their responsibilities with the house or the kids, otherwise, they’re called out on the “transfer of blame rule.”

Did the methods used at home transfer to the Ingersolls’ volleyball and baseball state championships this last school year? “It’s the kids and their leadership,” Jarod tells us. “We like to think we had a hand in it, but Jamie and I agree we’ve been blessed with incredible kids, athletes, and leaders.” Jamie and Jarod were both very clear that leadership on their teams was a key factor in winning the state titles.

“You prepare the kids and they go execute, but it’s the leadership of the kids that make them great,” Jamie said. “You can’t measure leadership on paper.” There are so many pieces of the puzzle that have to fall in place in order for a team to win a state championship. One of the other main pieces the couple talked about was trust—between coaches and players, as well as between the players themselves. All the hours spent in the gym and on the field build that trust.

The coming school year will be a bit different for both of them. Jamie’s retirement as head coach will provide both her and Jarod more time to “coach” each other, their sons, and compete in “friendly” games of scrabble.