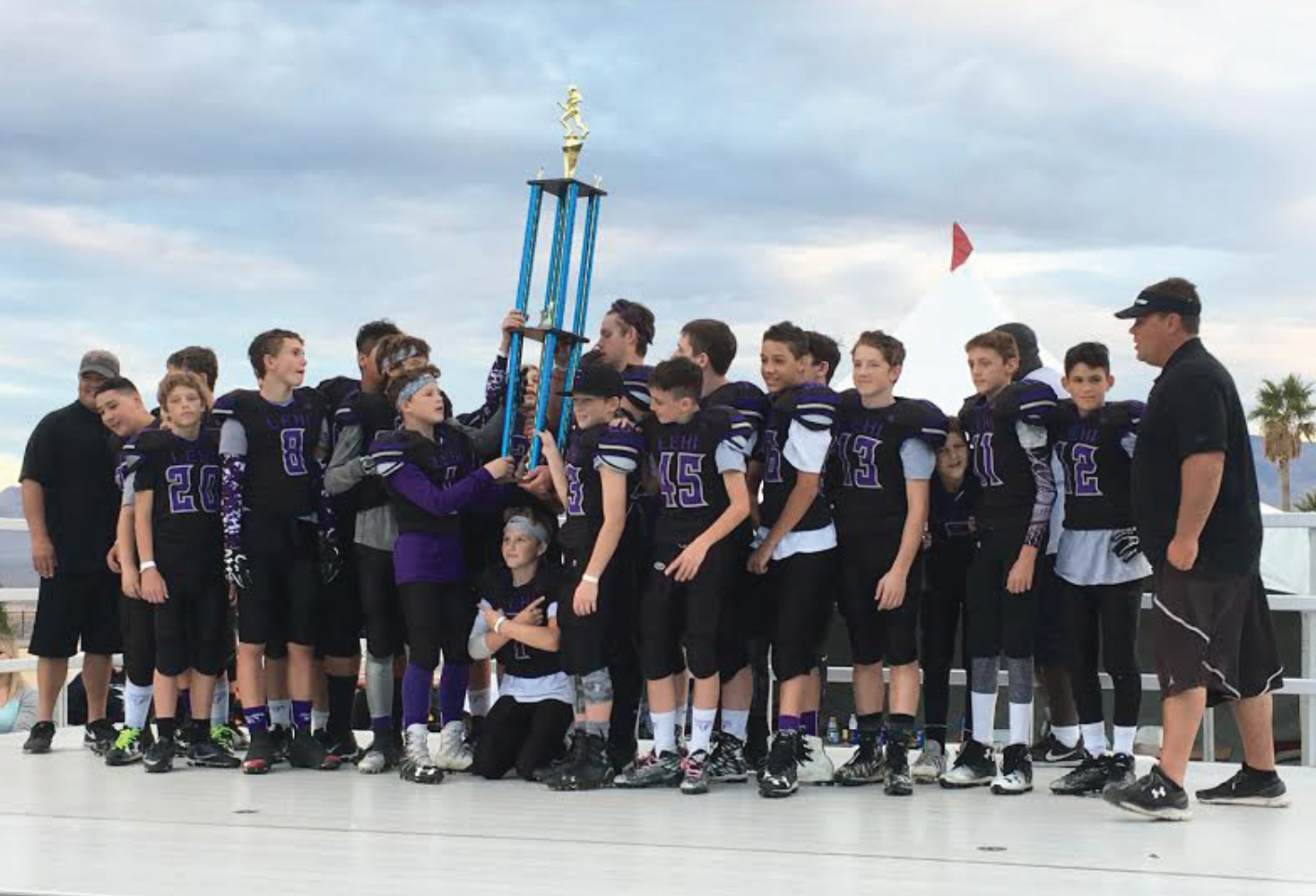 The Lehi 8th grade “B” Football team is showing the rest of Utah County that with a little hard work anything is achievable, as they snagged two championship titles in two weeks. The team, coached by Jason Christensen, played in two different championship games, the first was the Utah County Football Conference on October 29, and the second was USA Invitational Regional Championship on November 12.

The team, comprised of twenty 8th graders, played against Pleasant Grove at Pleasant Grove High School and won 20-6. They were the only Lehi team in the middle/high school level to win a championship this season.

The Lehi team then battled other teams from Utah and Nevada as they played in the USA Invitational Regional Championship on November 12, in Mesquite, Nevada. After dominating all other teams in the playoff bracket, the Lehi 8th grade B team advanced to the championship game against Westlake, finishing on top 25-12; earning them the championship title and a trophy taller than most of the boys themselves.

This season is sure to be one the Lehi 8th grade B team will always remember, as they learned a valuable lesson that hard work, dedication, and pure love of the game creates success on and off the field. We wish to congratulate them on a well-played season.