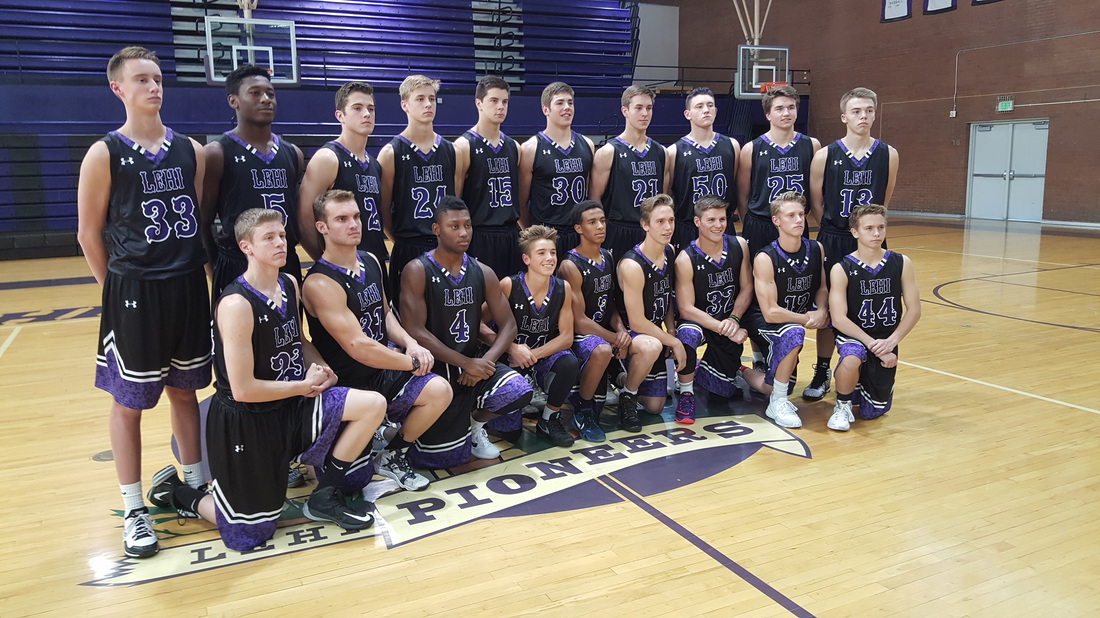 In their first game of the event, the Pioneers defeated the Western Warriors from Las Vegas 53-43. Senior Jaxon Treu lead the team with 23 points. The Maranatha Minutemen of Pasadena, CA, defeated the Pioneers 58-50.  Lehi junior Dallin Holker lead the Pioneers with 20 points and Ethan Tuckett contributed four 3-pointers. The Pioneers were up by 11-points at half time against Coral Academy of Science Las Vegas from Henderson, NV. The CASLV Falcons outscored Lehi in the second half and went on to defeat the Pioneers 73-71. Lehi finished the last game of the tournament strong with a win over the Seaton Catholic Sentinels from Chandler, AZ. The Pioneers defeated the Sentinels 68-66 in overtime. Tuckett led the team with 20 points in the overtime victory.

The team will compete in the Eagle Holiday Shootout at Juan Diego High School on December 29 – 31.