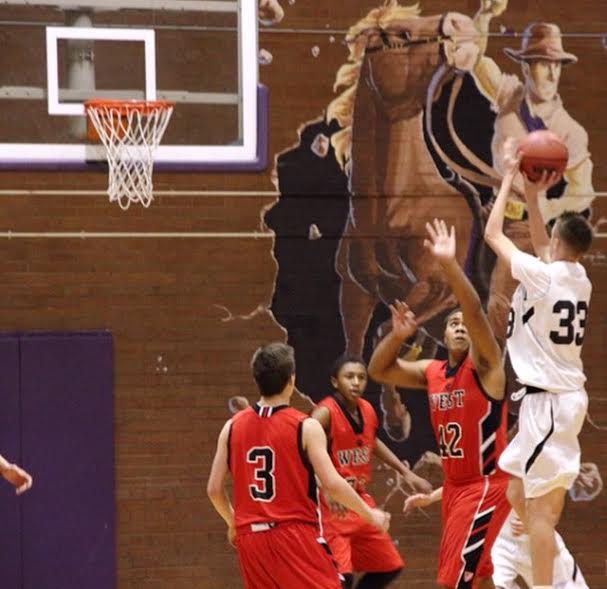 Zach Peterson, a senior on the Lehi Pioneer basketball team, earned a well-deserved title of “Utah Elite 8 Player of the Game,” in a battle for the ball against Davis High School on Thursday, December 8 at American Fork High School’s gym. During the game, Zach made seven 3-point shots in 10 minutes during the second half.

Peterson wowed the crowd while scoring 5 of the 7 shots in the 3rd quarter alone. Zach scored a total 21 points for the Lehi Pioneers in their game against Davis in the Utah Elite 8 Tournament. Participation in this tournament is by invitation only; teams invited are the top 8 teams projected to win the state championship in basketball. Peterson made Lehi proud and showed fans from all around that Lehi has what it takes to take state this year.

Several of Zach’s teammates congratulated him on his successful performance and helping them play a well-fought game. However, the Pioneers were not triumphant in the game, losing 53-60 against the Davis Darts. Regardless, Peterson’s performance kick-started Lehi’s spirit and showed all other teams in the state of Utah that Lehi is a force to be reckoned with this season.

We would like to congratulate Zach on his amazing performance during the game, and for showing us that, as the saying goes, the best things come in threes.