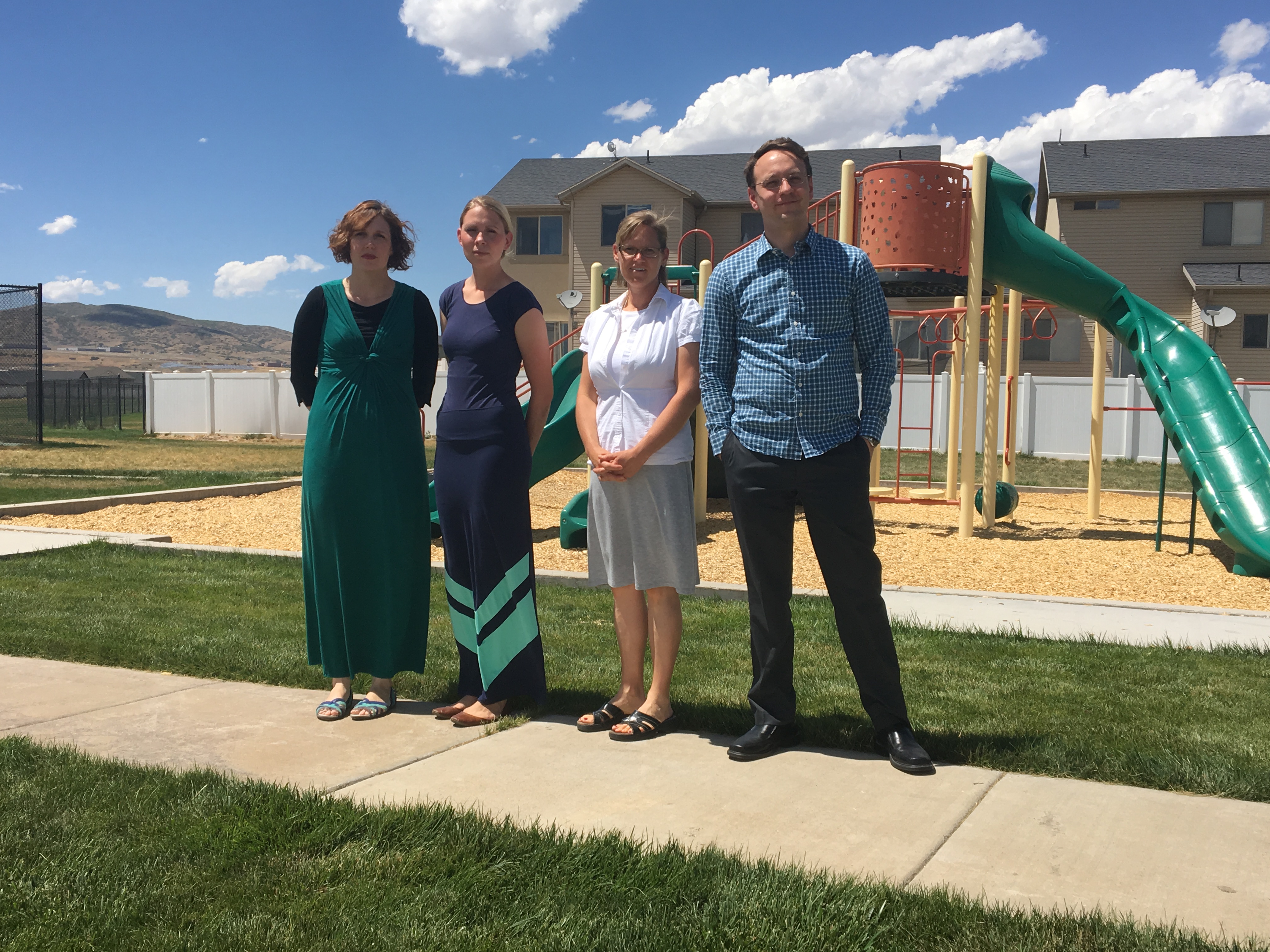 Several members of Lehi’s Pointe Meadow neighborhood presented petitions signed by 170 members of their development to the Lehi City Council on July 12. The petition requested that Lehi City move the proposed skate park to a different location. There are 110 homes in the Pointe Meadows neighborhood.

Four members of the community, including President of the Pointe Meadow Homeowners Association, Bill Hereth, addressed the City Council in the public comment portion of the meeting.  According to the most passionate member of the group, Kati Koivisto, “the city asks for our input, then doesn’t respect or really consider it.”

The petition includes the following language as reasons for rejecting the skate park:

Noise. Skateboarding is an inherently noisy process of grinding wood and metal against concrete. Quality of life for residents near the park will be majorly impacted.

Visibility. With 2100 North going under the railroad tracks, this is not a good spot for eyes being kept on the park.

Neighborhood makeup. Our neighborhood is mostly younger families and younger kids that will not use the park. We would rather have a park that caters to our neighborhood as originally intended.

Potential for vandalism and petty crime. As the city fails to maintain and upkeep the park (given the track record with our current park), our neighborhood could become an attractive environment for vandals and petty criminals from outside our area.

Public Involvement Process. The selection process shows the city is unwilling to work with residents. That is playing out right now as we are not gaining any traction with the city in our effort to be involved. (Source: Bill Hereth, Pointe Meadow Skate Park petition)

In an interview conducted with several members of the Pointe Meadows neighborhood, they stressed they were not against a skate park in Lehi, just not in their neighborhood. An open house hosted by Lehi City was held at the proposed park location on June 16 to share plans for the park, which carries a budget of $500,000. The total acreage of the proposed park area is about 2.5 useable acres.

According to Michelle Dancourt, who has two children under age five, “we’re not opposed to a skate park, we just think this is the wrong location—it’s too close to the tot lot and to homes, and the park area is too small.” Another homeowner in the area, Lori Gilbert noted, “With all the building going on in Lehi, why not require a developer to build a skate park in a new neighborhood, so that potential home purchasers know what will be in their subdivision.”  According to Bill Hereth, “the city is tired of talking about it and wants to barrel through the process to get it done. They really don’t want our input.”

In the City Council meeting on July 12, Councilor Paige Albrecht suggested a motion to include three members of the Pointe Meadow Board, including Hereth, and a few members of the skating community, in a citizens group to provide input in the building process. In a comment directed at Pointe Meadow residents, Councilor Albrecht said, “We know your trust has been broken, but we hope we have done all that we can to fix that.” The City Council did not re-vote to approve the skate park, as they already chose the Pointe Meadow location in a meeting in May.

One of the Pointe Meadow residents, Koivisto, stormed out of the City Council meeting stating, “The child who throws the biggest fit gets the attention. It’s not right.” Put simply, Pointe Meadow residents want the city to look at other locations for the skate park and they want a voice in city affairs within their neighborhood.

Councilor Condie noted that the Pointe Meadow property belongs to the city and that ultimately it is up to the city to decide what to do with the park and what is in the best interest of the city.