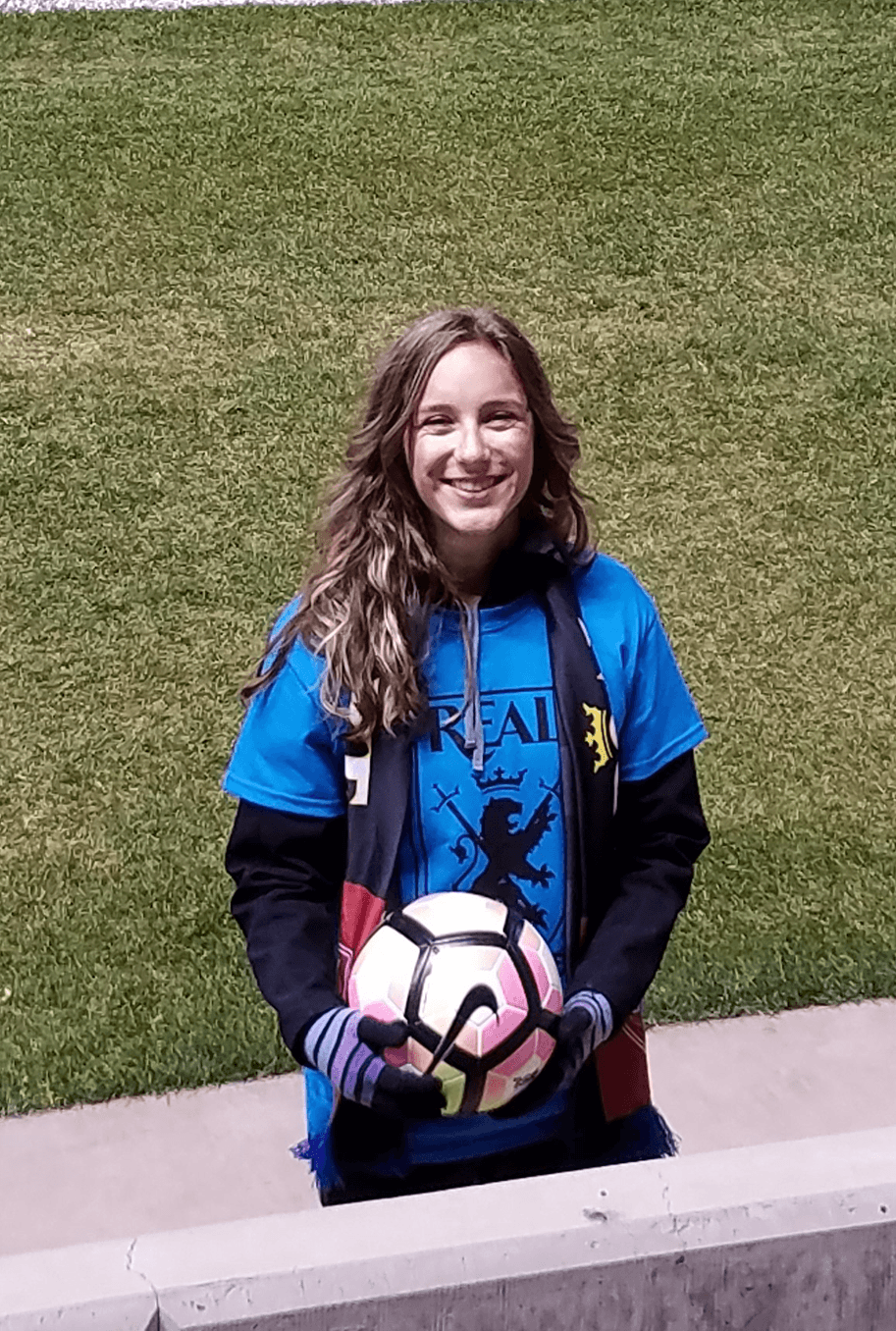 For 16-year old Jessa, being diagnosed with Keratoconus (a degenerative eye disease) during high school came as a complete shock. Jessa seemed like your average teenager, except she had an eye condition which over time could eventually deteriorate her vision into blindness. The eye is normally shaped like a sphere, but for those with keratoconus, the eye bulges out into a cone-like shape. This may cause irregular astigmatism, progressive myopia, and sensitivity to light and glare.

Jessa’s disease was first discovered during a yearly eye exam. She was already a contact lens wearer and had been wearing glasses since fourth grade. During this routine exam, Jessa’s optometrist was not able to get Jessa’s vision corrected to 20/20 with a corrective prescription in her right eye. With both eyes she could see well, but individually, the right eye was not seeing as well as it should have and was not correcting with a prescription. The doctor decided to order a more specific scan of the eye to show corneal mapping and Jessa’s optometrist confirmed she had Keratoconus. Jessa had not been experiencing too many symptoms overall before the visit and thought everything was fine, except needing a corrective prescription.

The family was told at diagnosis that the first treatment to slow down the progression of the disease would be to prescribe a hard contact lens. “A hard contact lens is hard to get used to for soft contact lens wearers, so we were hoping to delay or avoid this option. We were told they would watch her vision and she should come in every six months for an exam.” Angie Lethbridge, Jessa’s Mom, said. They continued this for a couple of years, but during a visit in the winter of 2016, her optometrist felt Jessa’s vision was worsening in the right eye and it was time to take some action. Once diagnosed with the condition, Jessa and her mother became very concerned about how this would affect her future since Jessa was only in high school.

About one year ago, in October of 2016, a new study was released for Corneal Cross-Linking as a treatment for the disease. The treatment was FDA approved and released in Utah as the first state to allow this treatment option for Keratoconus. Their optometrist informed them of the procedure and after reading about the successes, they wanted to go to a specialist familiar with the treatment. Corneal Cross-Linking is a minimally invasive treatment that uses controlled application of ultraviolet light and riboflavin (Vitamin B2) drops to rebuild collagen in the cornea, which stiffens and strengthens the cornea.

Jessa was referred to Dr. Darcy Wolsey of the Eye Institute of Utah, who is a corneal specialist, and the doctor saw Jessa in March. They decided to go ahead with the procedure in May of this year.  “We really didn’t have to try other treatments and feel fortunate the timing was right for FDA approval.” Lethbridge said.

Jessa said she didn’t really have any fears using the treatment. They were well informed through the doctor’s office and knew exactly what was going to happen and the recovery. “Jessa is pretty tough, and she was a super patient. She knew it was going to help her and that was reassuring and worth it to her rather than having to wonder if her eyesight was going to continue to worsen. She does still have Keratoconus in her other eye, but it is not progressing now, and we will continue to watch it,” Lethbridge said.