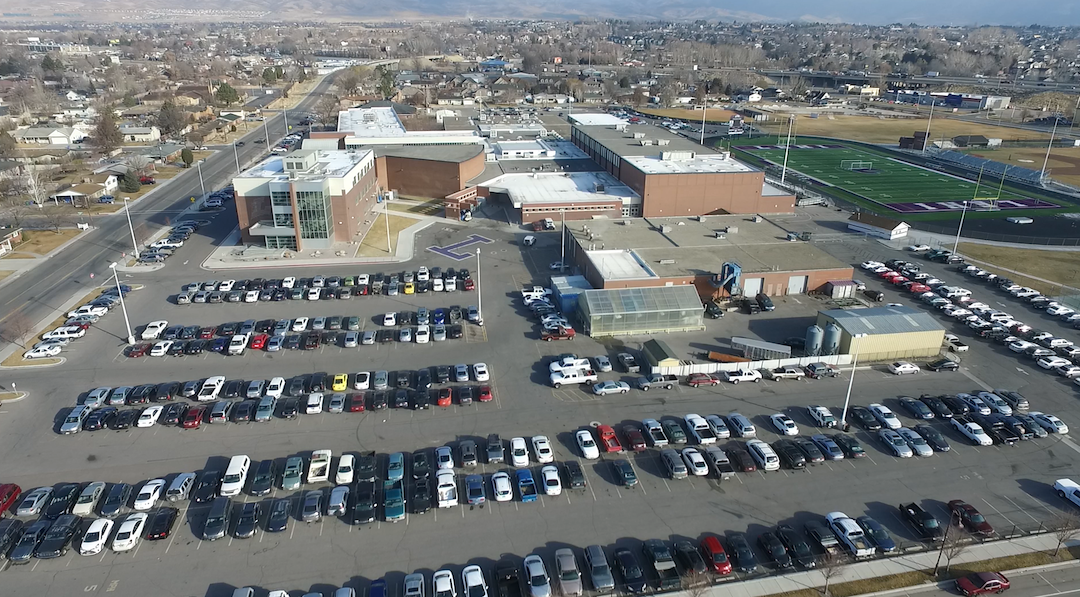 Lehi Planning Commissioners raised some questions about the site plans and drawings. The planning staff suggested that more architectural features be added to the building, pointing out that the high school creates a first impression as people enter Lehi on Main Street. An additional graphic was shown with landscaping enhancing the area. It was noted that school districts do not have to follow city development codes or requirements.

There was also discussion about where the tennis courts would be relocated since they will be moved to make room for the new vocational/agricultural building. Pulley said, “We are planning to move them to the northeast corner of the campus.”

Commissioner Everett asked what the time frame would be for the completion of the project. “It will take about 2 ½ years. Construction will begin in March,” said Pulley. Parking was also mentioned by the commissioners as a potential problem. Pulley added that the cement barriers on the northeast corner would be removed and the area would be paved with parking stalls painted.

Other items considered were: