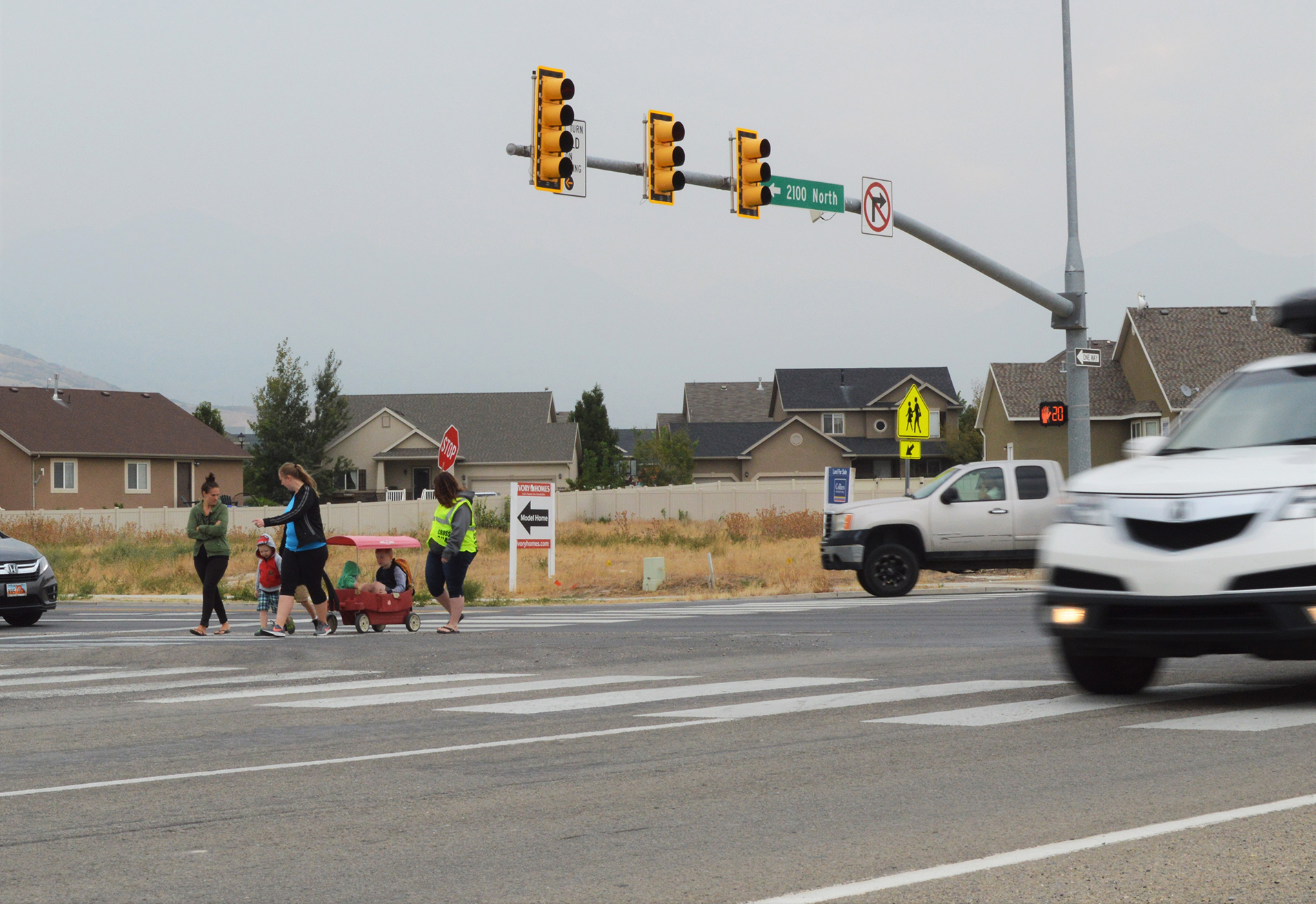 Many students attending Northpoint Elementary in northwest Lehi have to walk to school from their homes in the Cranberry Farms and Point Meadows neighborhoods across 2100 North every day. When school started last Monday, August 20, it was clear drivers on the four-lane highway were not prepared to slow down for the school zone.

There are two crossing guards employed at the 2100 crosswalk, one for the westbound traffic and the other at the eastbound traffic light. “It’s just scary. The light makes it a little safer, but people still fly through it. Sometimes drivers speed up to catch the yellow light before it turns red. We try our best to get their license plates, but can’t always,” said crossing guard Tina Kemp. In their rush to get where they need to go, some drivers go up to 60 miles per hour through the school zone when lights are flashing.

Parents of Northpoint Elementary students have started a petition to the Utah Department of Transportation (UDOT) requesting that they consider building a pedestrian bridge across 2100 North. One parent commented on the petition, “Since school has been in session our community pages have been flooded with stories of near misses and close calls at the crosswalks for 2100 North and 2300 West. Our community is extremely concerned with the issue of getting kids safely to school across a four-lane highway where people are typically driving close to freeway speed.” Many parents acknowledged that a pedestrian bridge is an expensive, but worthwhile solution to the dangerous intersection.

Northpoint Elementary students used to take buses across the busy highway, but the buses were discontinued after Thanksgiving break in 2017. A parent on the UDOT petition pointed out that there are more cars on the road because people are driving their children to school now that they don’t have a bus to take, making the roads around the school even busier during the morning commute.

“There’s been times that crossing guards aren’t here and that makes me nervous. It’s a school zone, but I’ve never seen any of the cars obeying the speed limit here,” said Ashley McCoy, a parent with three children attending Northpoint Elementary. She is one of the many concerned parents hoping for a solution before anyone gets injured or killed walking to school.