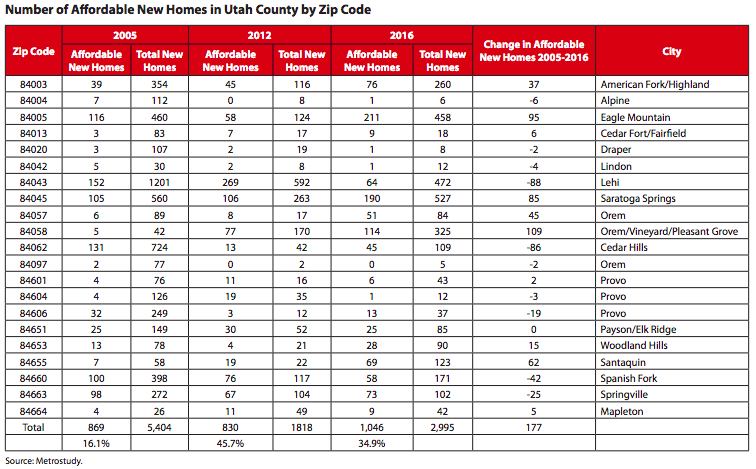 In a work session held August 7th, Lehi City Council heard a presentation by Brynn Mortensen, a representative of the Salt Lake Chamber of Commerce, on the lack of affordable housing in Utah. The presentation was the result of a landmark study done by the Kem Gardner Policy Institute and the David Eccles School of Business under the direction of Natalie Gochnour. The study was compiled by James Wood, Dejan Eskic, and D.J. Benway.

The lack of affordable housing is an area of grave concern. “We want to avoid becoming like Seattle and the Bay Area,” said Mortensen. “In 1991 a 1,500 square foot home was $125,000, today that same home would cost $347,00. This increase in price is the greatest economic threat to our state. People we want and need in our state, teachers, nurses, firefighters, police officers, can’t afford to live here.”

Causes of the increase in housing costs according to the study are:

Mortensen added that an awareness campaign needs to initiated to combat the “not in my neighborhood” mentality concerning high density. “We need to get past the perception that high density is bad. It is incumbent on cities to put together a plan with a diversity of housing.”

The City Council also heard a proposal by Arsenal FC soccer club to develop 20 acres of soccer fields. Their proposal was:

A discussion ensued with City Council members showing enthusiasm for the proposal. Bart Preston, the presenter, said there are 1000 soccer players in Lehi. Currently, the Lehi-based club uses North Lake and Olympic Parks. The lower part of Peck Park was suggested as an area that could be developed. The Peck Family is currently in the final stages of rough grading the area mentioned.

Mayor Johnson said, “We will need to create a road. I don’t like the idea of portable restrooms.” Preston mentioned that the Club could use 70% of the space and dedicate 30% to Lehi City and the Club would maintain 100% of the area.

Dan Harrison, Lehi City Recreation Director said, “We have field needs.” Johnson added, “It will help to have a public/ private relationship,” He instructed staff to create a detailed agreement with Arsenal.

There was also some discussion about the removal of flowering pear trees that had been planted along the planter strip along 500 West. According to city staff, the trees are causing the sidewalk to buckle. “We are trying to eliminate trees in park strips. They are problematic. These trees are in rough shape. We would like to provide resources for residents to plant their own trees,” stated a representative from the city.

Mayor Johnson addressed the issue of dust in Traverse Mountain. “People who have expertise in the area of dust management have been commissioned to study the problem in Traverse Mountain,” said Johnson.  Sam LeFevre, Program Director for Utah Environmental Public Health Tracking Network (UEPHTN), concluded. “This is called “transient exposure” and it is not dangerous. Construction work that causes this dust is not a public health risk.” Johnson concluded, “We take this very seriously and we sought advice from experts.”

The old iron bridge over the Jordan River was also discussed. City Attorney, Ryan Wood said, “This is an attractive nuisance and it isn’t providing any use.” The issue of who owns the bridge has been investigated and it was determined that Utah County along with Salt Lake City have ownership rights. Mayor Johnson suggested the three entities, Lehi City, Utah County and Salt Lake City, work together to decide what to do. Councilmember Chris Condie said he would like to see it preserved. “Trying to preserve it is a fantastic idea,” he said. City Engineer Lorin Powell suggested that the bridge could be moved to another location. “Maybe we could move the bridge over the wetlands,” he suggested.

Councilmember Paige Albrecht reported on the progress with Dry Creek Reservoir. “Many of the sticking points with Highland have been resolved. The name of the facility will be Lehi Dry Creek Park,” Albrecht said. “Agreements have been made concerning boundaries, maintenance, and policing.” Powell added, “North Utah County is the owner, but the amenities are in our jurisdiction.”