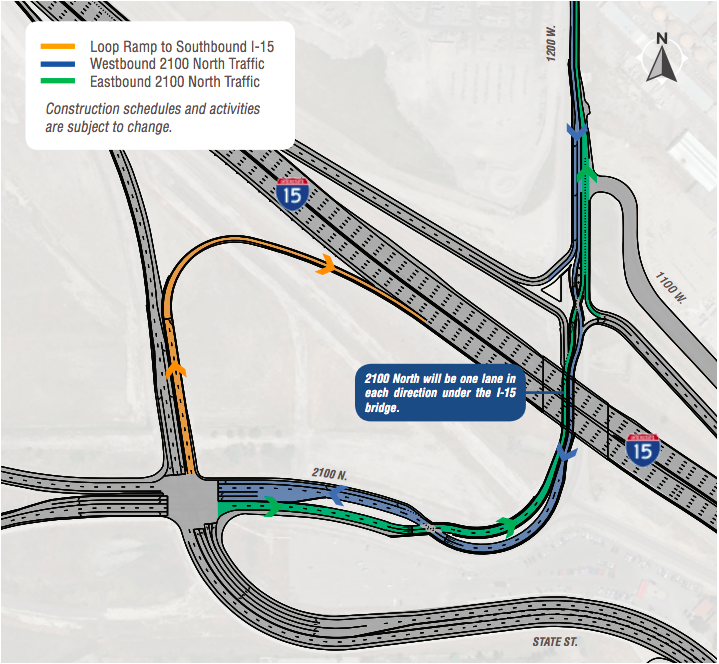 Lowering the road under the bridge at 2100 North is part of bigger changes that are coming to that exit (282). For the next two years, the 2100 North exit will be a diverging diamond configuration like SR-92 and Pioneer Crossing, but there will be only one lane getting on I-15 going north, and one lane to get on going south. “The diverging diamond is the best way to help traffic flow during construction,” said Boyd Humphreys, UDOT Project Manager. “It won’t feel like that big of a change.”

“The best thing to do is drive cautiously and be mindful of detours,” said Humphreys. “All the functions will be there at 2100 North, just reduced lanes. People are going to need to expect delays.” Other projects along the Technology Corridor will be completed before the 2100 North exit, which will add features and possible alternative routes as well.