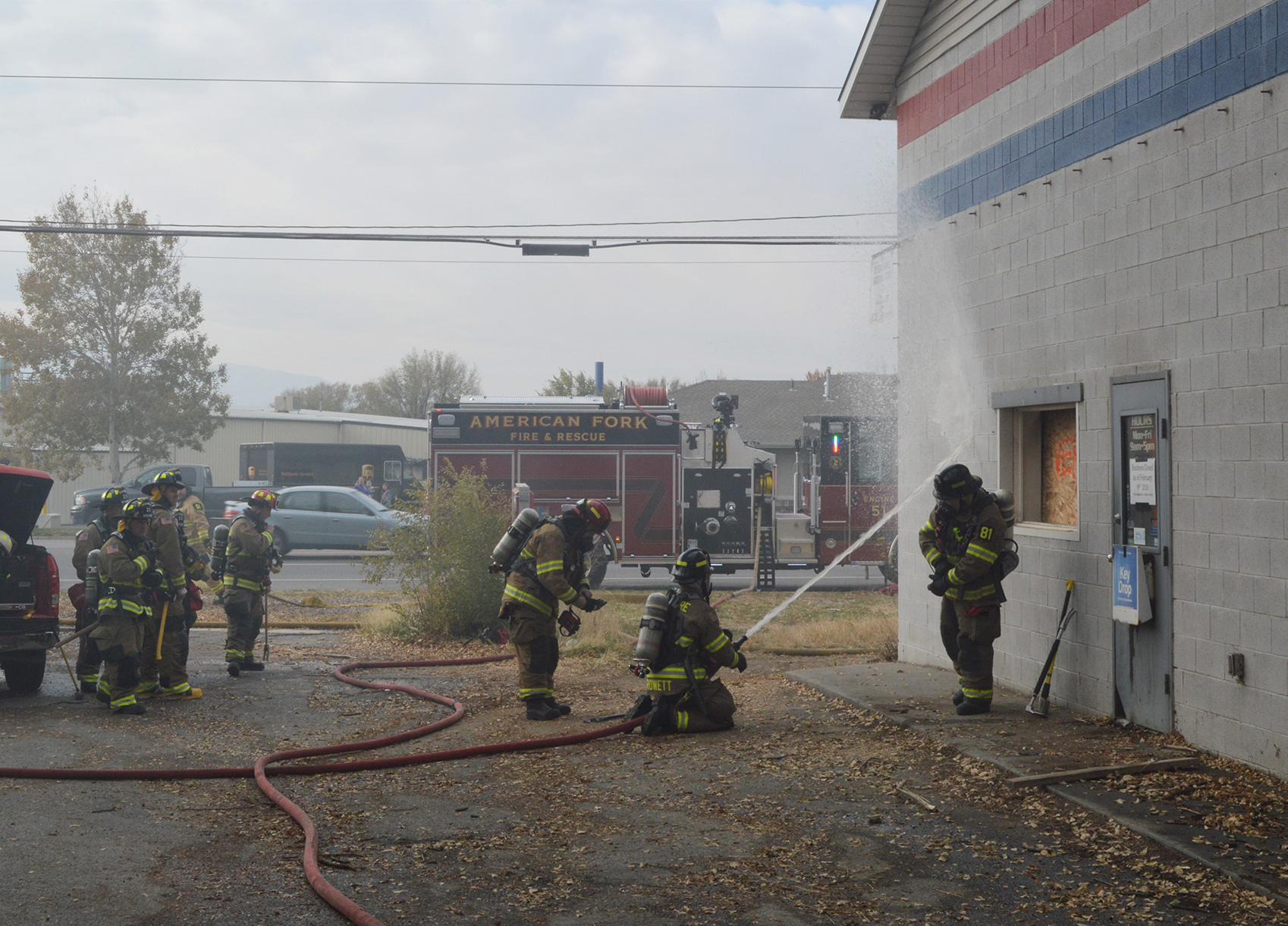 “The public rarely gets to see us work unless it’s their house that’s on fire, and then it’s no fun for them,” said part-time Lehi firefighter, Lincoln. Crews from American Fork, Saratoga Springs, Draper, and Lehi all came to the vacated building on State Street to train on three different emergency scenarios. Pikus Concrete recently bought the property where Lung Automotive was located. Pikus donated the building to Lehi City for the Fire Department training exercises before it gets demolished.

One of Lehi’s firefighters stops to greet the crowd during structure fire scenario training on Saturday, November 17. | Nicole Kunze

Casey Baird from the Lehi Fire Department explained to the eager crowd what the firefighters were going to do during their training. “We don’t get to fight a lot of structure fires throughout the year because of the way things are built nowadays. Buildings don’t burn as often, but when they do, they burn a lot faster and a lot hotter than they used to. We try to do this as often as we can to stay familiar with it,” said Baird.

The firefighters trained for a positive pressure attacked, a scenario in which they’ve located the fire within the structure and they need to get through different rooms to extinguish it. “In a real situation they’ll put a giant industrial fan at the front door before they go in to fight the fire so it will displace all the smoke and heat from the building and force it out of another side of the structure,” explained Baird. “It gets really hot and we want to protect ourselves as much as possible.”

In another training scenario, firefighters were to go into the former garage and find a mechanic who is unconscious (a training dummy) and get him out of the burning building safely. The final exercise had the firefighters using force to get into the building, busting through a door or window.

“Unfortunately, we’re not able to burn the building all the way down,” said Baird in response to one excited little boy who asked if he would get to see flames coming from the building. The crowd quietly watched through the smoke as the firefighters came in and out of the structure during each of the training exercises. In between the scenarios, the firefighters took photos with young fans and greeted those who came to watch them in action.