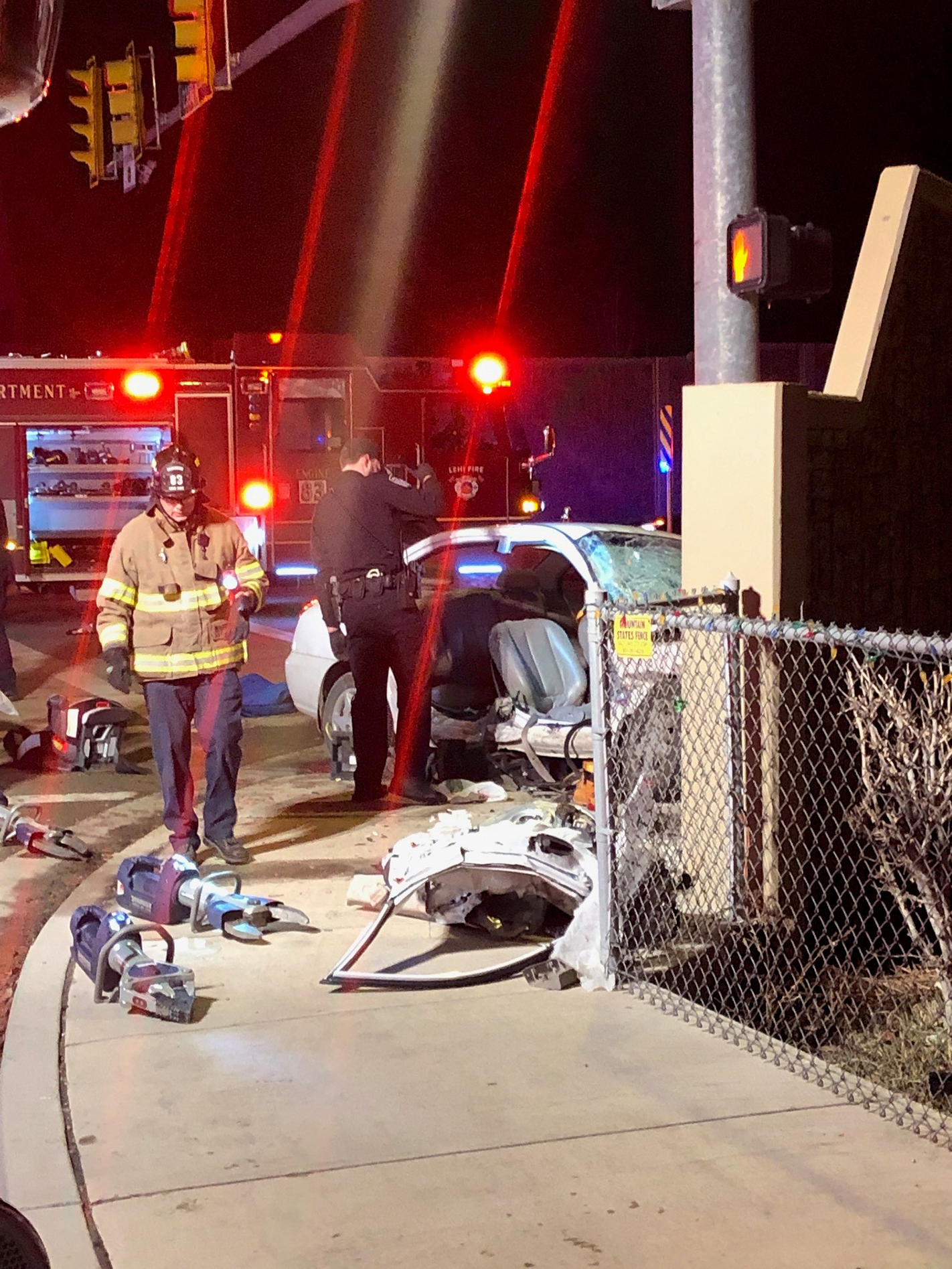 Pioneer Crossing, a five-lane road connecting Saratoga Springs, Eagle Mountain and Lehi with I-15, was completed in 2010. In less than ten years there have been almost 1000 accidents, including a few fatalities, reported on Pioneer Crossing. Residents near the major intersections along Pioneer Crossing have heard the squealing tires and the unmistakable sound of crunching metal through their back windows hundreds of times over the last eight years and they always fear it’s someone in their family or one of their friends hurt in an accident. On Monday, January 7, dozens of neighbors and friends met with city and state leaders, a UDOT representative, and a police officer to figure out how to make Pioneer Crossing safer.

“We recognize that human error is involved in all traffic accidents, it’s not necessarily the road’s fault or the light’s fault. These accidents have been happening a lot, though, and we want to know, as citizens, what we can do,” said Erin Shepherd, who hosted the meeting along with her husband Mike Shepherd.

Lehi City Council Member Johnny Revill and Sergeant Levi Lewis from the Lehi Police Department shared statistics on the number of accidents by year on Pioneer Crossing. While most of the traffic accidents happen at the 850 East intersection, accidents at the 2300 West intersection are much more violent because of the speeds cars are traveling.

“The last ten violent crashes near 2300 West were all drivers driving east through Lehi from Eagle Mountain and Saratoga Springs. They’re anticipating the light at 2300 West being green, so they’re speeding and they’re looking at their phones,” explained Sergeant Lewis. There are no traffic lights on Pioneer Crossing between Redwood Road in Eagle Mountain and 2300 West in Lehi, a distance of over two miles.

Another issue Lehi City and the Lehi Police Department face at the intersection of 2300 West and Pioneer Crossing is that the entire intersection is technically in Saratoga Springs. “There was a debate between Saratoga Springs and Lehi about who should be responding to these accidents. Saratoga Springs argued that we should find out when the accident happens where the driver is coming from before anyone responds to it,” said Revill. “It just doesn’t work that way,” added Lehi Mayor Mark Johnson.

If a driver is cited by Lehi Police on or west of 2300 West (formerly Old Saratoga Road), they go to court in Saratoga Springs, which causes even more confusion and leads to some dangerous drivers going unpunished.

During the neighborhood meeting, Geoff Dupaix from the Utah Department of Transportation (UDOT) took extensive notes and made suggestions. Dupaix shared the preliminary results of a recent traffic study of Pioneer Crossing, which indicated that advance warning signals are needed at the major intersections of 2300 West and 1700 West now and will be needed at other intersections in the near future. (Advance warning signals are flashing lights that alert drivers of upcoming yellow and red traffic lights.) Dupaix also agreed with residents at the meeting that there should be a protected left turn signal to get into their neighborhoods off Pioneer Crossing instead of a blinking yellow arrow.

When Lehi resident Joe Johnson asked how citizens can help, Sergeant Lewis responded, “The population growth in Lehi has meant that we have had to put traffic enforcement on the back burner because we’re always responding to calls. We’re going to come up with some new campaigns to catch distracted and speeding drivers. If you see something, call us. Be a good witness. Even if you don’t get a license plate number, call us and give us as much information as you can, then follow up instead of dropping it when it goes to court.”

The residents were also encouraged by Geoff Dupaix to continue emailing UDOT and having productive discussions. Joe Johnson reminded his neighbors that the improvements like advance warning signals, more signage, more police officers to patrol, and adding traffic lights don’t come for free, that citizens need to vote in such a way to give Lehi money for important projects like improving safety on Pioneer Crossing.